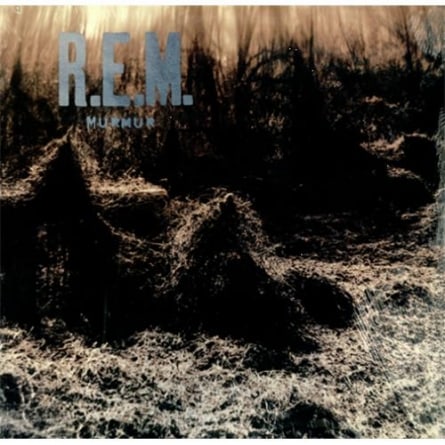 There are some bands and albums that are so indelible in our own personal histories that it is impossible to revisit them without resurrecting whatever emotion tied-in with them so many years ago. Though I am too young to be cognizant of anything but the tail end of R.E.M.’s I.R.S. years (I jumped in at 14 with Green,) the band and all of its music was key to both my musical maturity and my emotional development.

R.E.M. burst onto the scene in 1983 with Murmur, an album that Rolling Stone honored as best of the year (over heavy hitters like Thriller). It is impossible for me to realize the impact this record made on college radio. You see, R.E.M. has always been a part of my musical psyche. I cannot visual a time without it. But for those who experienced Bill Berry’s opening salvo on “Radio Free Europe” without any context must have been blown away. There was nothing like it at the time. That isn’t to say R.E.M. and Murmur were born completely untouched. Taking cues from the Replacements, Husker Du and the Smiths, R.E.M. prepared the world for Murmur with a collection of songs on the EP Chronic Town.

The amazing thing about Murmur is how fully formed the band had been, even in 1983. Peter Buck picked his Rickenbacker, creating his own signature style, while Berry’s drums kept a steady beat and Mike Mills tied the room together with his bass and honeyed harmonies. But it will always be Michael Stipe that is the mysterious core of the band. It is impossible to see Stipe as anything more than a megastar these days, but for a long time, the frontman had been a baffling force. On Murmur, (and many of the I.R.S. releases) his vocals are mixed low, another instrument among many. His lyrics, nonsensical and obscure, kept many a fanboy up at night to decipher; no one could imagine this mysterious, waifish, sexually ambiguous young man would become such a major star. Murmur wasn’t about that.

Each and every song on the album is a small masterpiece. The precise riffs on “Pilgrimage” break down to a stunning refrain as Stipe sings about “two headed cows.” A sadness hangs over “Talk About the Passion,” a song that reminds me of sticky summer evenings when the future seemed so wide open. The sprawling piano on “Perfect Circle,” one of the band’s finest songs ever, is a perfect portrait of love. You don’t have to understand Stipe’s lyrics to get it.

But the album also rocks. “Sitting Still,” a faultless example of Buck’s jangly guitar, “Moral Kiosk” and “9-9” all have infectious energy that prove this band uses more than just folk sensibilities, but also garage rock la the Stooges or MC5. R.E.M. would go on to make louder, more bombastic albums than Murmur, but the balance of folk, rock and new wave influences would never be as perfectly aligned than here.

We just don’t do things anymore like when were young. I can remember spending hours with friends attempting to interpret Stipe’s lyrics or one time when we rattled off every R.E.M. track in chronological order. As middle age approaches, my passion for music is still strong, but it is a love that has mellowed. I guess the same can be said about high school girlfriends; love that drowns you, but it burns out quickly. It is impossible to recapture feelings of one’s youth. Music can be there to remind us of a fleeting emotion, but it is never the same. Though we have changed and R.E.M. has changed, Murmur hasn’t.

(This remastered version, which features amazing clarity where the drums, bass and guitar are so clearly heard, also comes with an excellent recording of a show in Toronto circa the album’s original release date. For R.E.M. fans, it’s a must have.)