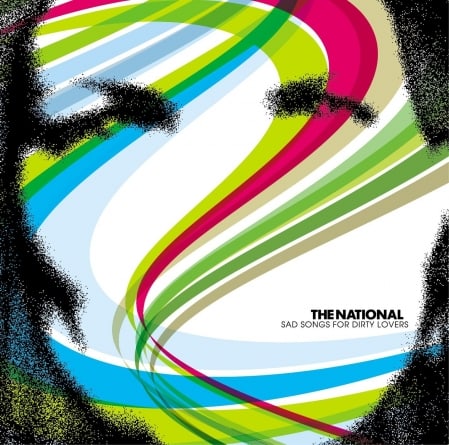 Though The National’s reputation is usually staked to recent albums Alligator and Boxer, many of the lyrical themes and musical styles that have garnered the band so much attention were first explored on sophomore release Sad Songs for Dirty Lovers. Released in 2003, the album marked a noticeable shift in both songwriting and instrumental dexterity for the band after their sometimes moving but clumsy self-titled debut. Whereas that debut effort was firmly grounded in Americana and country and sounded like a band still searching to find its own style, Sad Songs for Dirty Lovers marked the group’s first great leap forward and laid the foundation for the widely praised albums that would later follow.

Essentially a series of sketches about relationships in various states of disintegration, many of the songs certainly live up to the album’s title. Opener “Cardinal Song” immediately sets a bleak tone with its quiet backing vocals, deliberate pace, and mournful violins, as its narrator ostensibly talks to himself and offers advice that is probably less than helpful: “Never tell the one you want that you do/ Save it for the deathbed/ When you know you kept her wanting you/….Never say you miss her/ Never say a word.” “90-Mile Water Wall” again relies on violins and Matt Berninger’s weary baritone to craft a snapshot of a person either simply wanting to escape someone’s steely gaze or to get the hell out of a crumbling mess of a relationship: “I’m waiting for a 90-mile water wall/ To take me out of your view/ I’m looking for a trap door trigger/ To drop me out of your view.”

The album ends with two similar dark ballads. Against a disarmingly gentle melody, the wounded narrator of “Patterns of Fairytales” is left behind to pour over the wreckage of another failed go of it, even as he suspects his partner has other things to occupy her time: “Tonight there isn’t any light under your door/ I guess you must be somewhere breathing/ Where skin and everything still know what they are for/ And blood remembers where to go.” Closing song “Lucky You” displays a similar sense of bitterness. Backed by an acoustic guitar and piano that builds throughout the song, and featuring some of the band’s most proficient playing, this time the man can only watch helplessly as another woman brazenly flaunts her infidelity in his face as she heads for the door: “You clean yourself to meet/ The man who isn’t me/ You’re putting on a shirt/ A shirt I’ll never see/ The letter’s in your coat/ But no one’s in your head.”

Yet what saves Sad Songs from devolving into an emo weep fest of overindulgent self-pity is the way both the lyrics and instruments are used to convey a wider range of complex and ugly emotions. Several songs evoke an aggression and violence in stark contrast to the torch burners mentioned previously; with their jagged guitars, insistent drums, and a heavy dose of screamed vocals, a trio of songs – “Slipping Husband,” “Murder Me Rachael” and “Available” – burst with anger and rage.

Other songs exist uneasily in a space somewhere between these tales of loss and revenge. A general feeling of fatigue and resignation, which the band would later examine in Boxer, is palpable throughout the album. “We look younger than we feel/ And older than we are/ Now nobody’s funny,” Berninger deadpans in the atmospheric, country-tinged “It Never Happened.” The subject in the lament of “Trophy Wife” discovers that promiscuity is tiresome and, in this case, debilitating: “One time you were a good rabbit/ To all the girls/ And all their lovely mothers/ You tried a piece of everything/ Now nothing turns you on.” Similarly, the entendre of macho boasting in “Fashion Coat” sounds like wishful thinking from a man too worn out to care about his shortcomings: “I’ll do everything to you,” he brags, before the zinger comes, “but I can hardly come.” The song closes with a sentiment of defeatism and boredom that contrasts with its shimmering melody, with Berninger singing “I die fast in this city/ Outside I die slow/ Everywhere I am is just another thing without you in it.”

Sad Songs for Dirty Lovers is a lonely and angry album. Equal parts brooding and pissed off, its characters alternately react with resignation or rage at the various infidelities and insults lobbed like grenades into their lives. There’s little sense of hope in these songs; those relationships that haven’t yet mercifully ended are clearly heading toward disaster. Of course it’s tempting to view these songs as Berninger exorcising his personal demons, but such an approach is narrow-minded and kills the universal emotions that are expressed in these songs. The band’s playing also shows a confidence that was occasionally lacking on the debut album; it’s the first time the band was able to consistently evoke often disparate moods through these arrangements. Though it never received as much critical attention or praise as either of those albums, Sad Songs for Dirty Lovers is a harrowing and brilliant album that explores the darker side of relationships.