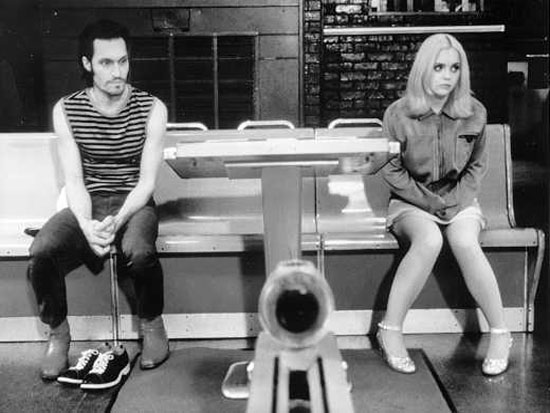 It’s been more than 10 years since Vincent Gallo’s self-centered and self-indulgent brainchild Buffalo 66 rocked cinemas, but its artistically sculpted grittiness still breathes inspiration. Maybe it’s because Gallo’s instincts yielded such a stylistically profound vision. Or maybe because it capitalizes itself on all the right aspects of excellent independent filmmaking and rolls them all up into one potent two hour film. But reasons aside, fresh minds like Gallo’s are vital to keeping independent film afloat in a Hollywood-dominating world: his take on romantic comedy yields results we never knew could exist in a genre.

Admittedly, Buffalo 66 isn’t for everyone. Even the most devoted drama fan might find it hard at times to slush through the film’s crawling pace. It’s evident 10 minutes in that protagonist Billy Brown (Gallo, in a role paralleling his own life), who was just released from prison, has nowhere to go and is in no rush to get there – and we are along for the walk. Thrown into the impending winter of Buffalo, New York, Billy’s (and Gallo’s) hometown, our scruffy antihero begins his journey to find a….bathroom? Poor Billy really has to pee, but after a series of humorous obstacles thwart his biological emergency (concluding with the most egotistical bathroom scene ever written…”But it’s just so big!”), he instead abducts the mysterious Layla (Christina Ricci). Billy implores her to come meet his parents and pose as his wife. His agenda? To half-assedly fool them into believing that their son’s classified government job has kept him away these five years.

What ensues is a descent into the bleakly comical world of Billy’s neglectful parents. Shot at Gallo’s actual childhood home, the dinner scene is a montage of four bitterly realistic performances. Ben Gazzara and Anjelica Huston play Billy’s parents with magnificent subtlety; it’s a feat to upstage Gallo’s flawless take on his character, yet both Gazzara and Huston steal the extra-long dinner scene with their absurdly dysfunctional issues. Gazzara is the deadpan dad who’d rather speak to Layla than his own son: when’s he not trying to shove his face in her chest, he’s manufacturing nonsensical arguments with Billy. Huston, meanwhile, is a Buffalo Bills fanatic. To her, life is one long football game and Billy has always stepped in the way.

Eventually we learn the obligatory but innocent reason Billy went to prison and what that means for the Buffalo Bills field goal kicker that inadvertently screwed over his life. Here, we are exposed to Billy’s true persona: he’s just a naïve, emotionally-troubled loser with unfortunate luck. As his relationship with Layla develops over the day, they share a timid gem of attraction amidst their weariness. It’s not love at first sight. There are no attempts to win each other over. It’s merely an evolving moment between two pathetic souls. The result is the most twisted and quirky companionship in modern film.Gallo’s detailed direction in the little things is what makes Buffalo 66not just another indie flick. The camera angles are unorthodox, even for an art film. Rather than trying to create flashy camera movement, Gallo shoots his film from angles no one would ever consider. This patient cinematography is edited along with music he arranged and recorded. The film’s quieter moments flow like a vintage, photographic poem. He makes innovative use of letterboxing to create a new way of indicating flashbacks. His technique’s motivation becomes apparent at the film’s climax and provides an excellent narrative twist.

Romantic comedies don’t need a mile-long A-list cast. Nor do they need constant punch lines, blushing objects of desire, and smitten characters doing inane things for attention. Without the sugarcoating, Buffalo 66 accomplishes the true essence of a romantic comedy by capturing the inexplicable reasons of attraction and love. So sit back with your significant other and realize together what Gallo means in his hilarious three-minute monologue on “spanning time” with a lover.