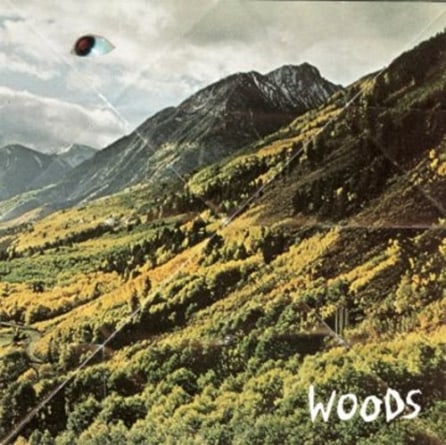 Shabbiness can be beautiful. Sure, the perfect and the glossy have their appeal, but the well-worn, the ragged, the things constructed in environments less than ideal have a tenderness all of their own. That in mind, Woods’ fourth LP Songs of Shame knocked me on my ass from the first listen. Waking up early on a Monday morning, forgetting my umbrella and trudging the grey Portland pavement under the grey Portland sky, this 11-track album flew by in a wash of rattling drums, brittle, disjointed guitars and vocals so strained they sound like the voice of a cartoon angel.

Jeremy Earl’s voice carries much of the album; high, piercing and yet full of juvenile emotion (which includes hope along with the rest), it’s a unique instrument. Admittedly, much of a listener’s enjoyment of Songs of Shame will be based on a tolerance/appreciation for such a keening tone, but a world that has embraced Neil Young and Thom Yorke should not judge harshly. The guitars trace a strange course through the songs (many of which are regrettably brief), often sounding displaced from the rest of the music; given the ramshackle atmosphere of the recording, I can only think of that as a deliberate choice. And it’s rarely a poor one, with Woods occasionally sounding like Radiohead doing lo-fi acoustic in someone’s basement.

Woods have been rightly lauded for their sonic concoction of freak-folk, quiet psychelica and straight up noise, but to ignore their ear for melody would be a tremendous mistake. Indeed, tracks like “The Hold” and “The Number” are as much pop songs (in the best sense of the word) as they are anything else. It’s easy to toss out genre-bending labels – it’s a lot more difficult to summate the quiet melancholy behind a lyric like “curious perfections/ That’s haunting life’s lessons/ Oh, that you cannot rest.” Part of what make these songs so immediately indelible is their technical directness and the willingness of Earl, Jarvis Taveniere and G. Lucas Crane to stick with simple, almost repetitious melodies and rhythms. Even the meandering, sinister instrumental “September with Pete” benefits from the throbbing constant bassline, let alone the ethereal “Down This Road,” built on a simple back and forth of twang and bass drum.

Songs of Shame could come off as overly melancholy, due in part to its undeniably mournful vocals. Despite that, it has a youthful energy that propels it forward, in spite of any of the sadness, any of the guilt and sorrow that imbue nearly every song. Earl sings in the album’s standout track, “Rain On,” an almost unspeakably lovely promise (or threat): “I wouldn’t shovel through/ all the shame that led me to/ You wouldn’t pass it by.” It’s difficult to tell whether it’s a plea, a statement or a question. But like all great things, it’s the ambiguity that catches at the ear.