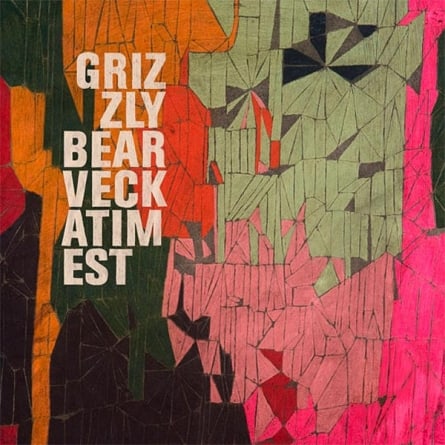 There’s a certain necessity to maintaining a critical distance from overly hyped groups, a need to refrain from jumping into the midst of the hoopla and instead waiting until the dust settles to finally make any sort of logical conclusion. If it means sometimes being a little late for the party, well, so be it. For the most part I’ve avoided the critically beloved Grizzly Bear until now; their first two albums struck me as the same sort of lo-fi pretentious bedroom dabbling that so many recent college grads undertake to the delight of music scribes the world over, themselves often also similarly lost collegiate ex-pats hoping that their role in the universe is important or noteworthy. But the fact that the group has stuck around for two albums longer than most of their buzzworthy peers have been able to muster made me consider reconsidering their role in the underground canon. And to that end, Veckatimest has exceeded the admittedly low expectations I may have unfairly hoisted on the group.

The thing that is most different about Veckatimest is that there is a sense of tranquil enjoyment to it that I have not heard in either the group’s previous work or even in the works of those artists exploring similar sonic territory. This enjoyment permeates every aspect of the album, making suddenly cliché indie characteristics like intricately structured group harmonies and gently plucked acoustic guitars once again sound fresh and exciting. Most indicative of this almost youthful, slightly seasonal vitality is lead single “Two Weeks,” whose closest real peer is CSNY’s “Our House.” Led by a similarly stark, jaunty piano line and also anchored by gorgeous, cascading harmonies, this is the song that will take Grizzly Bear to the forefront of popular consciousness if any song ever does. Where “Southern Point” begins the album in an understated fashion that unfortunately brings to mind the lesser moments of second-tier Coldplay knock-offs Starsailor, “Two Weeks” is the true opening shot of Veckatimest, getting the album’s point across succinctly and splendidly, no excess experimental wankery to wade through, no false starts or awkward endings.

Indeed, Veckatimest finds the band for the most part dialing down their more pretentious elements and instead letting the melodies and rhythms sit comfortably rather than be as fussed over as before. The minimalist pop of “Cheerleader” is held together by little more than a bouncy bass line and drums that stop and start at will. Edward Droste’s vocals in turn sound more confident, more free than ever before, revealing that perhaps in another life he wouldn’t have been out of place in Tin Pan Alley, the Brill Building, any pop institution, really.

Like Animal Collective’s fantastic Merriweather Post Pavilion, Veckatimest is a release that functions both as the perfect introduction to a challenging band and the best possible Rosetta Stone for their prior releases. Hearing what Grizzly Bear have accomplished with Veckatimest suddenly makes everything else about their catalog that much more obvious; aspects of the group that may have once seemed off-putting or unnecessary now fit in perfectly with the grand vision that led to this album. But most importantly Veckatimest reveals that the band are by no means content to rest on the laurels of indie fame and are instead aiming for something much larger. This isn’t to say that the top of the Billboard charts is necessarily on the horizon, but it’s difficult to think of any other beloved underground outfit this side of Fleet Foxes suddenly gaining widespread acceptance while simultaneously remaining true to what interested critics and early loyal fans alike.