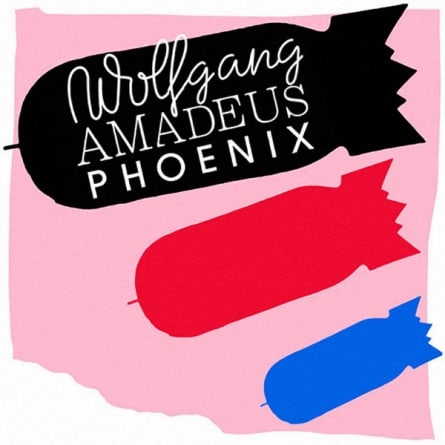 On French quartet (and Sofia Coppola’s favorite band) Phoenix’s 2006 breakthrough It’s Never Been Like That, they seemed like the chic, cool exchange students who might, through no fault of their own, show up at your party and steal your girlfriend. Billed by some as the “French Strokes,” Phoenix made effortless, breezy pop songs that became instantly familiar without becoming irritating. Their fourth full-length, Wolfgang Amadeus Phoenix, is the garcons’ most ambitious, experimental and European album to date.

Europe is all over their new effort, from the album title to the song titles (“Rome,” “Lisztomania,” which shares its name with a Ken Russell film) to the more continental music, which conjures up both sleek, futuristic European music of the 1970s (Kraftwerk, Neu!) and a certain fin-de-siècle mood.

“Love Like a Sunset Pt. 1” is the most adventurous thing they’ve done, a five-minute-plus instrumental that has a warm Eno (or Vangelis) soundscape feel and could be the theme song to some forgotten art house film about modern ennui and alienated lovers. It opens with textured keyboards before the drums kick in, giving it a driving motorik beat that seems to stretch into the future. Perhaps to balance this out, it is followed by a brief second part with relaxed vocals, warm acoustic guitars and dramatic keys.

This is not to say that this is Phoenix’s Kid A. There are still plenty of buoyant pop moments, like single “Lisztomania,” inspired by 19th century Hungarian composer Franz Liszt. Like most great singles, it’s over before you know it. One of the band’s virtues is that they never sound rushed or forced. Thomas Mars’ vocals have a casual elegance and the band is in perfect control of their focused, infectious music. Despite how good they are at writing three-minute pop songs, there’s a depth and nuance to their music that rewards repeated listens. All of this is given a modern, but not slick, sheen by producer Phillipe Zdar (from Cassius). The album does indeed seem to have a loose thematic unity, as the band evokes a vanished, somewhat melancholy Europe on songs like “1901,” which was the year of the Paris Expo, and the tight, chiming “Rome.”

The band is in a somewhat enviable position as there isn’t much of a popular French rock scene, which leaves them free to develop at their own pace. Wolfgang Amadeus Phoenix is a fine example of a band preserving everything that made them good in the first place, while also expanding their sound and striking out in a new direction. Bravo.