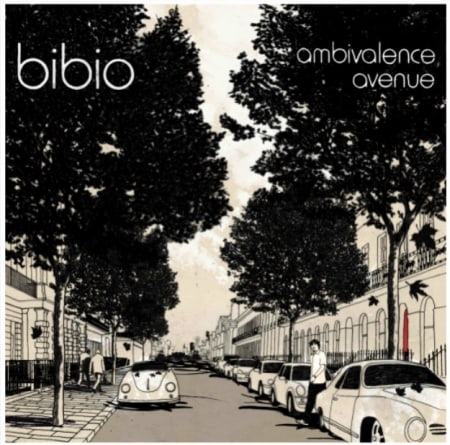 For his second album this year, Bibio (also known as Stephen Wilkinson) reaches beyond his influences to create something deeper than the electronic-folk soundscapes of Vignetting the Compost. Whereas his attempts at writing actual songs on that record from just five months ago did not always yield successful results, the new Ambivalence Avenue is an effective collage that skims from techno-oriented dance tracks to melancholy ballads that almost clash when played together as one semi-cohesive whole.

It is shaping up to be a grand year for Warp Records, which not only put out the much-ballyhooed Grizzly Bear record but managed to snatch Bibio away from his Mush home. Just as Veckatimest scored Grizzly Bear its most pop-oriented and accessible record yet, Bibio’s Warp debut is also his most straightforward release. Yes, the autumnal despair set to hip hop beats still dominates many of the tracks here but the songs feel more thought-out and more tightly composed.

Now, I understand the worlds of folk and electronic are not meant to meld but most of the time the experiment pays off in dividends on Ambivalence. But it’s this conundrum that makes Bibio’s latest album so good and yet so frustrating. Songs such as “Abrasion,” “The Palm of Your Wave” and “Haikuesque (The Way She Laughs)” are lush, indie-folk tunes that could have come from members of the Sub Pop band of the month or even something dating back to the Fairport Convention. Those familiar with Bibio’s past work will find these songs deceptive, as if produced by another band and there are moments where all electronic elements are completely shelved, just like the haunting “Palm.”

And there in lies the rub. When juxtaposed with the stop-stutter beat and child screams of “Fire Ant” or the crunchy rasp of “Sugarette,” these delicate melodies feel out of sorts. Are we listening to a reinvention of folk music or this is a J Dilla samples collection? That’s not to say the techno tracks are meandering without direction. There is definite thought put into the loops and the journey does pay off. All the tracks are good; it’s just that the flow can be difficult to follow with so many quick jumps in genre.

But credit is given where deserved. Rather than rehash old themes or remaking Compost for the second time in a year, Bibio instead pushes not only the boundaries of his sound but dares the listener to buy into an album that juggles both indie-folk and electronica. What is most impressive is when you compare Ambivalence Avenue to Bibio’s earliest works and you realize that the homage to Aphex Twin and Boards of Canada is gone, replaced by an emerging, unique sound. That definitely counts for something. I’m excited to see what Bibio comes up with next.