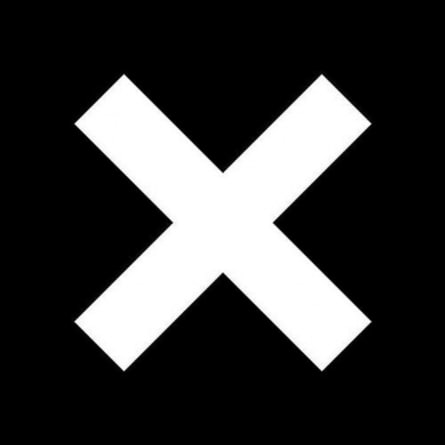 The latest in a never-ending march of Next Big Things comes to us courtesy of London, England, via Google-unfriendly-named The xx. Whether those two characters refer to Roman numerals (20?) or a Redus puzzle (the exes?) is not yet clear to this writer, though I wouldn’t be surprised if it were the latter. Schoolmates just barely 20 years-old, the Morrissey-tee wearing collective of Romy Madley Croft, Oliver Sim, Jamie Smith and Baria Qureshi tend to dress entirely in black, conduct interviews with chins tucked firmly against chests and boast vocal duets by Croft and Sim, whom mew and coo their lines like the pair of black-hoodied, relationship-bruised lovecats they seem to be.

Much has been made about the supposed R&B leaning of the group; in interviews, influences given when asked have been Rhianna and Aaliyah. I don’t doubt these kids’ sincerity over their digging on black pop records- English and American twenty-somethings are, by and large, a much more multi-cultural and pop-friendly lot than their immediate cultural forbearers – what I don’t hear is justification for the R&B label that some journos have foisted upon them. Sonically, this is too reductive for the group; perhaps what’s most R&B about xx is the way both Croft and Sims savor each syllable in their mouths before letting them tumble out, in breathy, emotive jumbles. The sonic landscape the record presents us with is some wide expanse, friendly to reverb, yet chilly enough to see one’s breath; Qureshi and Croft’s guitars sound like steely, high-tensile wire, their minimalist arpeggios dripping wet with reverb and downright icy next to the vocal tag team.

Contributions by Jamie Smith (whom also co-produced) who can only be described as the band’s drum machinist come off as odd at first. I initially found it curious that songs meant to be so intimate had, as their heartbeats, the product of a beat machine. Look more into the band’s story, and you’ll see songs written by 16 year-olds, as well as The xx founded on a whim and on the wings of uploads to a MySpace band page. To a group this young, push-button percussion is just another way of getting the job done and perhaps, just the method at hand from the start.
xx is most successful in its creation of a mood. I wasn’t cognizant during the ’80s heyday of the Cure, This Mortal Coil or Cocteau Twins, nor have I been particularly interested in revisiting it, but I feel like The xx have approximated that dreamy gloom that made people love those bands so. The difference is in the xx’s embrace of backbeat and their strikingly unique vocal warmth. When Croft sings “I think I’m losing/ Where you end and I begin,” in “Basic Space,” the overripe sentiment can be easily forgiven as one is transported immediately to the days of glum, confusing, high school heartbreak.

Time however, will determine whether this is a record for the ages, or only for ’09. While The xx have produced a refreshing, understated debut in a time of super-compressed, post-modern grabs at the attention of the pop consumer, and a record capable of transporting one to a dreamy state of mind, the record doesn’t necessarily have songs. “VCR” is achingly cute, “Crystalised” may obviously be the go-to single with its subtle loud-soft dynamics, yet what I draw from the record en toto is the sound. As gorgeous as it is here, I can’t imagine it has the mileage worthy of the accolades the band has received. I’d love to be proven wrong.