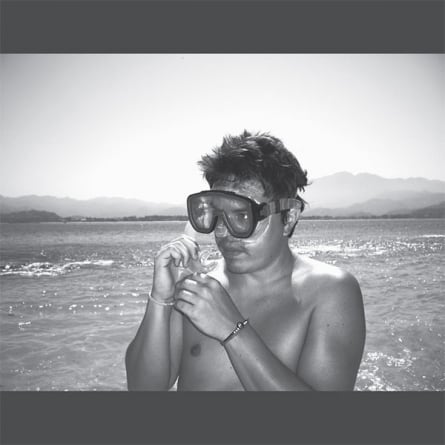 It’s only February, but Dreamland EP: Marimba and Shit-Drums is already a strong candidate for the most bizarre release of 2010. The second record Wolf Parade/Sunset Rubdown/Swan Lake member Spencer Krug has released under the Moonface moniker and available only on vinyl or donation-based digital download, it consists of a single 20-minute track heavy on percussion, echoed vocals, instrumental segments and the type of lyrical conceits insufferable college frosh poetry students glom onto after being introduced to John Berryman or various illicit chemicals.

To Krug’s credit, the track works much better that it ever really should. Though cynics will likely dismiss the EP as little more than a vanity project that plays to the musician’s eccentricities and, again, points to his alleged inability to self-edit, that’s being a bit too harsh. The song itself is mostly interesting, and there are enough divergent arrangements and the occasional evocative lyric to somewhat offset its heavyweight, 20-minute run time. In keeping with the EP’s painfully obvious theme, the track has an ethereal, dream-like quality to it, particularly in Krug’s distant vocals and the percussion’s ebb and flow.

Still, this EP is predictably limited and, ultimately, a novelty piece at best. Accessible to a general audience it is not; the track’s sonic textures eventually devolve into tedium and overdone repetition, and it likely won’t excite many listeners who aren’t already familiar with Krug’s previous efforts. Its 20 minutes never really manage to say anything other than dreams are fucked up and highly subjective; unless you have an innate Old Testament David skill for interpreting dreams, much of the track comes across as a mundane dream journal at best and nonsense at worst. Either way, Krug rarely offers the listener much incentive to grapple with what’s happening on this track. Songs based on and inspired by dreams have been done before; they’ve been done well and they’ve been done with mediocre results. All too often the EP falls into that latter category.

Psych students, stoners and those indie types who drool over anything unconventional may embrace this EP, but for those of us who aren’t mesmerized by the sleeping man’s psyche, this record too often feels like sounds and dreams that never should have left Krug’s head.