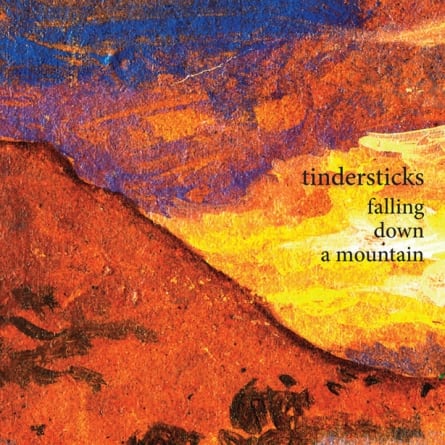 Falling Down a Mountain

Falling Down a Mountain is the second album chamber rock stalwarts Tindersticks have recorded since the departure of longtime violinist (and sometime vocalist) Dickon Hinchliffe, and it probably suggests, for better or worse, the band’s future direction. It explores some new ground — a daring surprise for a group that, in rock years, long ago settled into a venerable old age prior to recently losing a few members. Unfortunately, these tracks are as inconsistent as they are varied. The result is an interesting and curiously charming album that pales slightly next to Tindersticks’ early classics, failing to improve on an established formula but doing little to tarnish it.

That being the case, Tindersticks really does have it hard when comes to audience expectations. Tindersticks and Tindersticks II will continue to be hard to beat, and it will be impossible not to compare Falling to those ’90s successes. Along with Hinchliffe, lead vocalist Stuart Staples helped Tindersticks record a flush discography built on stylistic and critical consistency, and title track “Falling Down a Mountain” violates some of the band’s standards right from the start. Instead of a soft leading intro giving way to a rumbling soul smoker or a jarring chamber-rock number, those two complimentary parts are built into the big and marauding experiment that opens the disc. Chords and feedback churn while Staples repeats one line over and over with ominous resolve – for almost seven minutes. That sprawling opener runs about two minutes longer than is necessary, though the song’s uniqueness certainly indicates Staples and company are trying to keep their work fresh. It will also alienate a good number of Tindersticks’ listeners who decide to give Falling a try. While the song doesn’t represent the style of every song on the album, it certainly takes a confident new lineup to risk making longtime fans think that’s the case.

In reality, most of the band’s strengths are represented here – both in the form of damn catchy tunes and a few duds. “Harmony Around My Table” jangles along like the most chipper Belle & Sebastian tune, sashaying cymbals matching beats with strikes of the xylophone, and Staples’ earthy baritone brings the sing-along romp into mature territory. “Peanuts” is equally effective; the swooning duet transforms banal tastes for the titular snack into heartwarming sentiments of love, lush strings giving delicate precedence to stark and quiet vocals. New members or not, Tindersticks still can compose a rich melody and express it with a spectrum of volumes – a rare talent in an age of ‘loud’ or ‘louder’ recordings. Yet “Hubbard Hills” and “Keep You Beautiful” play as much like filler as they do worthwhile additions to Falling; pretty, deliberate, or rocking, not every track does as much with the group’s talents as they could.

Perhaps with Hinchliffe’s complementary vocal delivery or the original Tindersticks core to share the creative responsibilities Falling could have been a career highlight. That’s not to say it’s a failure or a poor musical expression of a band with much personality to offer. But Tindersticks set the bar high early in its career and fortunately avoided the untimely end most bands face. That would be an even more impressive achievement if Tindersticks could try new things while fully making use of all that talent they built up along the way.