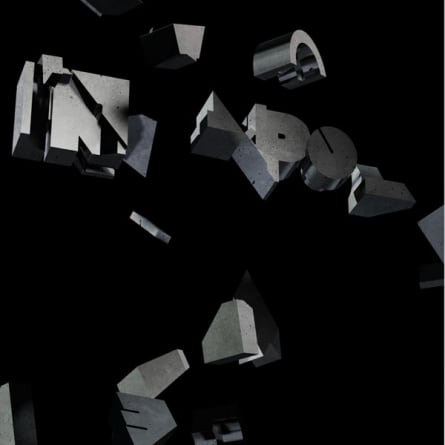 Via the lens of Martin Scorsese or, more recently, the mic of Jay-Z, New York City is, for those not living anywhere near its five boroughs, a place that comes vibrantly alive in the art that’s been inspired by it. Right around this time, nine years ago, the Strokes dropped Is This It, wryly asking its titular question of their shared emergent adulthood in the city that never sleeps. Roughly one year and one devastating terrorist attack later, NYC gave up the other side of the coin; where Is This It was the sound of a group of kids riding the roller coasters of responsibility, relationships and the kind of bleary-eyed “Like a Hurricane” moments of transient love you find in crowded, hazy bars, Interpol’s Turn On the Bright Lights successfully gave sonic illustration to the kind of uncertainty, paranoia and sense of powerlessness that living one’s quarter-life meant in the ’00s.

Thus, Bright Lights’ music has endured; “Untitled” spelled out the band’s broad scope; “Obstacle 1” established the record’s ability in sounding both claustrophobic and enormous; “NYC” sourly presented Paul Banks as a promising, sardonic songwriter; “PDA” was that earworm with the “200 couches” chorus – a song that’ll surely be near the top of some publications’ decade-end lists. Though, with a lukewarm response to the following Antics, vague modern rock-recollection of an ’07 major-label hit in “The Heinrich Maneuver” and Banks’ pseudonymous solo record, Bright Lights’ impact has largely been diffused. Upon telling friends I was reviewing the band’s latest, self-titled LP, the responses tended toward, “I have that first record” or “I thought they’d split up.”

So, it’s hard for Interpol to establish whatever identity they’re presenting with Interpol. Though the band has always favored their songs to sound like they’re being played in gigantic, open spaces, their best work has derived from the angular, post-punk interplay between guitars, bass and drums. Interpol makes for a mostly bloated Interpol, the echoing synths in “All of the Ways” and the particularly cheesy synthesized-piano part in “Try it On” dressing up the band’s songs in unfortunate post-Killers could-be-anyone modern rock territory. Songs like “Memory Serves” show that Banks and company can still evoke an atmosphere of uncertainty and isolation, though the mid-tempo tune just lingers for five-plus minutes, never doing much more than that, other than serving as a dumping ground for effects pedal ideas.

The rhythm section springs back to life on “Summer Well,” though, and “Lights” has Carlos Dengler creating menacing moods with his heavily-processed bass. Lead single “Barricade” remains the best song on the record, Sam Fogarino’s drums sounding spritely, while Dengler provides the thrust, Daniel Kessler needles with sharp, bright guitar and Banks gets awkwardly melancholic. In fewer words, it’s the one song that’s most reminiscent of the first record.

Interpol just doesn’t bode well for Interpol. In 2002, Banks’ robotic vocals singing clumsy lyrics made some kind of bizarre sense; “Your hair is so pretty and red!” and “Her stories are boring and stuff,” made the most of the band’s age and the songs’ sense of dread. Here, Banks’ voice is double-tracked so as to make the traditionally-weak singer sound beefier, in effect, killing what made him interesting in the first place. Also troubling is Interpol’s post-recording departure of Dengler. Dengler, he of the shoulder-holster worn for aesthetics and early-adopter of the ironic mustache, played an important role on Turn On the Bright Lights; go back and listen – the man’s playing is unusually vicious for the kind of indie rock that bubbled up in its wake. With the man gone, the next record – if there is a next record – will be the work of a completely unrecognizable Interpol. Though, who stays good friends with the people you met in college?