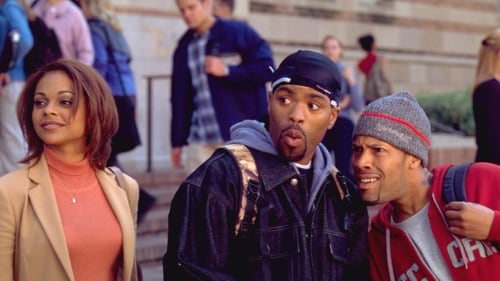 Stoner comedies are a dime-bag a dozen: just fire up the Netflix Instant Queue or hit the local video store and there’ll be no trouble finding the limitless imitators of films such as the Cheech and Chong series or Grandma’s Boy. or the golden calf, the Dave Chappelle/ Neal Brennan penned Half-Baked. Most of these impostors fall flat because they’re uninspired and formulaic. They literally rely on one crutch for their humor: marijuana. Once in a while, a truly great stoner comedy does come along that manages to rise above, with the product being exciting and more potent than imaginable. Jesse Dylan’s How High is such a film. At a glance it confers to the basic set-up of a college/ stoner comedy, but under screenwriter Dustin Lee Abraham and Jesse (son of Bob) Dylan’s savvy direction and the performances of lead actors Method Man and Redman, the film becomes more akin to the madcap world of the Marx Brothers than to any of the other strain of drug comedies that preceded it.

Silas P. Silas (Method) and Jamal (Red) are two urban youths that love weed as much as they do being without ambition. Silas, an amateur botanist, has just grown a breed of marijuana cultivated from his dead best friend’s ashes, while Jamal’s mother is forcing him to go to school. The two meet to smoke before their entrance exam to calm their nerves when the ghost of Silas’s friend Ivory visits them from Heaven and helps them get perfect scores. They are recruited by the prolific Fred Willard, into that bastion of higher learning, Harvard University, where they proceed to “fuck shit up.” Silas sees this as an opportunity to utilize the school’s advanced hydroponic equipment to further his extracurricular activities, and Jamal joins the crew team to spite the team’s white-bred legacy, Bart Wooster (Chris Elwood). Silas and Jamal exhibit the classic Marx tendencies: ill-fitting clothes, contempt for authority and their aloofness to the real world, down to Silas constantly sporting a dutch, not unlike Groucho’s prized cigar. Jamal even has his own clothing line, BUFU, which the characters in the movie rapidly embrace- the acronym standing for By Us, Fuck U, which can also sum up the leads’ philosophies quite nicely.

The screwball element of the film is most adamant in these scenes, with Jamal constantly trying to one-up Bart and his gang at crew. The sight of Redman puffing on a dutch while pulling on a rowing machine is one of the wackiest sights in comedy. Later at a meet, he gets so high he sees his mother in the sky, yelling at him to quite smoking so much.

Abraham’s script is deftly clever, but also quite aware of what jokes the audience expects- the scholastic entrance exams are the T.H.Cs (Testing for Higher Credentials), and Silas’ love interest is excavating what she believes to be an old telescope that belonged to Benjamin Franklin, which turns out to be a personal artifact a bit more… illicit. For every scene of Jamal seeing his mother in the sky while high, there are more subtle and rewarding jokes, like Jamal’s henchman “I Need Money” (named after a conversation the two had when they first met,) attempting to DJ a set with a plate, or Silas attempting to perfect his truth serum, causing his subjects to vomit profusely.

How High does follow the path of the traditional stoner and college comedies, but the collaboration of Method Man and Redman as the leads adds a great deal to the spark of the film. The two have an easygoing relationship, and feed off of each other comedically as well as they do musically. Unlike films such as Animal House, where authority seems to unfairly attack our heroes, Dean Cain knows Silas and Jamal are trouble, and they know Dean Cain can throw a wrench in their troublemaking. The “weed in the baked goods” cliché gets put to new use in one such encounter- Silas and Jamal decided to “inject some ghetto” back into the Dean, so they drop a plate off at his house. The Dean and his (naturally) white wife devour them, and proceed to go to a stuffy staff function, complete with the Aryan-looking Bart in a Mr. T. costume. The Dean proceeds to become the life of the party, leading the milquetoast crowd in the most geriatric choreography of Parliament’s “Flashlight” ever made.

How High is not a film that was destined to win awards, nor is it any real kind of high art. The story is thin and a run-in with a pimp named Baby Powder comes and goes with no consequence. The movie’s strength is the radiance of Method Man and Redman, and Abraham and Dylan’s willingness to get schticky when making jokes about the sticky-icky. How High is one of my favorite joints, and it can easily become one of yours. It’s chronically hilarious.