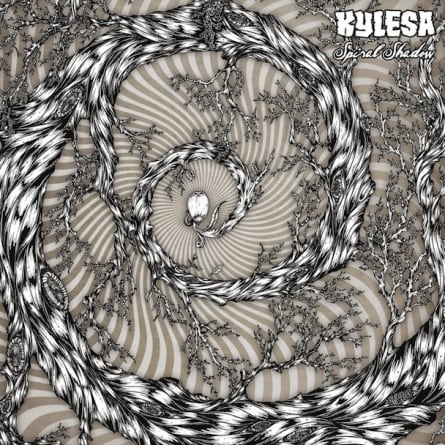 Hailing from Savannah, GA’s sludge scene, Kylesa is a metal band caught in a moment. Fellow Georgians Mastodon and Baroness broke the sound into the mainstream over the last few years, and with the crossover success of Mastodon’s Crack the Skye, it is quickly becoming a genre to watch in contemporary music. Kylesa are formed from the remnants of area cult band Damad, which has earned singer/guitarist Phillip Cope the title of the “Savannah metal scene’s godfather.” With his eclectic experience, he has brought a songwriting style to Kylesa’s work that is as exciting as it is uncommon. Their latest, Spiral Shadow, is filled with swirling, commanding songs that kick as much ass as they are carried by complex rhythms.

While the sludge metal scene is better recognized for hammering chords and brutal vocals, Cope and his crew incorporate a highly melodic sensibility, which helps ease each track along, and also carries an element of universal appeal that might catch the ear of even the most jaded non-metal fans. “Don’t Look Back” maintains a clean, poppy structure that sounds like Tom DeLonge covering Brent Hinds, with Cope’s vocals counteracting the clean tone as he screams bloody murder. Although this is a metal song, there’s a range of influences peeking out, with this track in particular featuring a heroic guitar line that sways in and out, giving way to thunderous percussion courtesy of Carl McGinely and Tyler Newberry.

“Cheating Synergy” opens with a fuzzed-out, rollicking bass line, charging like a locomotive, plowing right into Cope’s voice. This gives way to a circular and frenetic guitar solo, with Cope channeling his inner Kirk Hammett to create a riff that could easily have come from Metallica’s mid-’80s period. Contrasting bands like Mastodon, whom tend to rely heavily on narrative structure, Kylesa compose with more attention to the individual construction of songs. While Hinds of Mastodon belts every song out like a roaring flame, Cope’s strength is in his ability to enunciate above the crashing cacophony.

“Forsaken” begins with a menacing drum/bass tattoo, which gets broken into by jackknifing guitars. Title track “Spiral Shadow” is what’s expected from a 10-minute metal song – a veritable sonic landscape, but while most instrumental compositions can sag under their own weight, Kylesa succeed in keeping this song rhythmically intact, all the while instigating minor background changes, like a syncopated percussive beat, that keep it from being repetitive. Cope’s vocals are powerful and consistent, which they have to be in order to have any modicum of success as a metal singer, but the instrumental prowess of a band is key to the potency of a longer song. Luckily, Kylesa have got some major fucking chops. Cope’s piercing opening maintains steady stabbing for five or so minutes, and then backed by a crashing percussion, it turns into a double-time assault, melodically smacking the taste out of your mouth. Closer “Dust” features an understated guitar softly combating droning basslines, and as the tone reverts to clean, it rises above even Cope’s intentionally muddled vocals, creating a transcendent end to a transcendent record.

Like the title suggests, Spiral Shadow is an enveloping record. It reaches soaring highs and slogs through depths, firing on all cylinders. This record is atmospheric and melodically complex, but also features enough old-school riffing and dexterous guitar work to entice and intrigue. It spirals in and out of extremes, and like a shadow, it’s an album you can’t quite shake off.