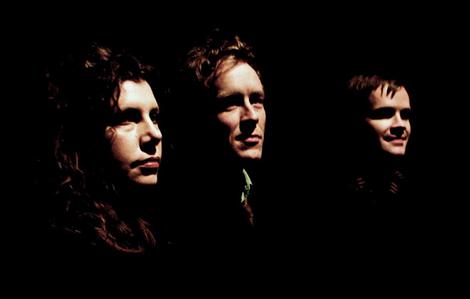 Aside from the occasional novelty or cover song, there’s not much room for Christmas in the proudly secular world of indie rock (OK, there’s Sufjan). So it was rather refreshing to find long-running indie slo-rockers Low doing a short tour that was billed as a series of Christmas shows.

The house at the small, cozy Mississippi Studios was almost full when we walked in to see a scruffy, middle-aged guy playing what sounded like old folk and blues tunes. It was Charlie Parr, a fellow Minnesotan, who bravely took the stage alone with just a National guitar, which he frequently paused to tune between songs. The blues remain a touchstone for many musicians, but it’s rare to see a guy pulling from the grittier, acoustic musicians of the Mississippi Delta like Parr does. To his credit, it was hard to tell which songs were his and which were dusted-off covers. There was a gem from Harry Smith’s epochal Anthology of American Folk Music, “I Wish I Was a Mole in the Ground,” which gave Dylan the line about railroad men drinking your blood like wine. His songs, whether old or new, touched on classic blues themes of women, drinking, death and God and the devil. It never felt like Parr was merely copying the past or embalming the blues like Eric Clapton; instead, he made these songs feel like they were still vital and relevant. He closed with a foot stomping acapella version of “Ain’t No Grave.”

Low took the stage approximately 20 minutes later. Dressed all in black, the band opened with two somber songs from 2005’s The Great Destroyer, an album that saw them getting a little louder, adding some Crazy Horse-like squall and working with producer Dave Fridmann. Both “Monkey” and the slow burning “Silver Rider,” recently covered by Robert Plant, set the mood – quiet and pretty but a little ominous – for the night.

Guitarist/vocalist Alan Sparhawk and the rest of the band are understated, but intense as performers, requiring some patience (monotony can creep into their sets) and less chatting from an audience. For the most part, the audience at Mississippi Studios obliged, although there was a low hum from the bar area, as well as a couple of annoying girls on the stairs above us who talked most of the night. During Low’s set of Christmas songs, one grumbled about all the “Jesus songs.”

Low haven’t released a full-length since 2007, but are working on one; a few new songs that fit in well with Low’s catalog were performed, and maybe those will end up on the next album. The highlights, however, were the Christmas songs, both classics and originals, mostly drawn from the 1999 Christmas EP With its upbeat tempo and bright sleigh bells, “Just Like Christmas” was a nice break from the night’s moodier songs; perennial favorite “Little Drummer Boy” was still a little annoying; a reggae Christmas song (huh?) was unexpected; “Blue Christmas” became positively suicidal in the group’s hands. They closed the set with a weird and creepy song called “Santa’s Coming Over,” which sounded more like a threat than something to look forward to.

Low quickly returned for a short encore. Sparhawk seemed unsure of what to close with and so solicited requests, which prompted the usual flurry of yelled, but hard to understand, song titles. The band chose to go for an oldie, 1996’s lulling, gentle “Over the Ocean,” which turned out to be an appropriate song to send us out into the cool winter night and the approaching melancholy of the holidays.