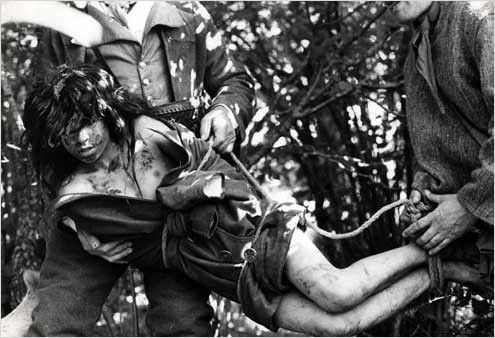 This isn’t to say that Truffaut’s work is simple, only that it delves less into shades of gray than someone like Claude Chabrol, for whom classic narratives are a chance to tilt the world on its side. In some sense, it’s possible to posit Truffaut as the pivot on which the entire New Wave movement turned. Placing the effervescent, soulful Jules and Jim alongside Jean Eustache’s monumentally affecting The Mother and the Whore from 10 years later finds the same concept applied with wildly different results, swinging from open-hearted fascination about the possibilities of life to a mordant, beaten dissatisfaction.

Films such as The Wild Child (1970) are the key to viewing Truffaut as a perpetually mischievous boy-wonder and not a hack recycling the same themes. A careful discourse on the process of learning, the endless struggle between society and nature and the fundamentals of what makes us human; it’s bursting with feeling and ideas. It applies compassion and curiosity to the most clinical of topics, adapting an 18th century medical case study. Shot by Nestor Almendros in a crisp black and white, the director uses the medium to austerely identify the boundaries of the film’s conflict, telling the story of a boy trapped between human and animal impulses.

Truffaut takes a hands-on approach in tracking the progress of the so-called Wild Boy of Aveyron, taking on a key role as the curious physician Itard, who tries strenuously to turn the boy human. This rare appearance by the director in one of his own films seems significant, but to try and suggest any significant parallel between the two Truffauts (the director and the actor) and this boy and the audience seems tenuous. Instead, he brings a warm geniality to the role, which is important in a film that often functions as a thesis on how we learn.

The bulk of the film’s running time is spent on a procession of word games and puzzles. The boy, who takes on the name Victor, is reluctant at first, frequently lapsing into fits of thrashing and screaming. But a simple reward system and an eventual attachment to Itard and his servant Madame Guerin (Françoise Seigner), keep the learning process moving. Meanwhile, Itard struggles over doubts about Victor’s limits, worrying that he’ll choose to give up and return to the savagery of the forest from which he came.

In highlighting this learning process, and simultaneously discovering the things that keep the boy in his new home, Truffaut identifies the sublime details that separate us from the animals. He diagnoses society as an artificial construct, a kind of gentleman’s agreement to ignore our baser impulses, one with definite benefits and drawbacks. This is communicated beautifully in Victor’s ritual of gulping water in front of an open window, able to enjoy one of the pure pleasures of his youth without fleeing back to that world.

From the adolescent torments of The 400 Blows to the dystopian nightmare of Fahrenheit 451, Truffaut spent much of his first decade as a director profiling characters in tumultuous conflict with social standards. Victor’s introduction is in some ways harsher – he can’t speak and the specifics of his thought process are fuzzy – but unlike the characters in those films he has a guide to help him accept his place. Truffaut’s appearance as a kind of supportive, but never benevolent, father figure could mean a variety of things, but along with the film’s obsessive focus on learning and society signal further entrenchment in the issues that had concerned him from the beginning.

By 1970, Jean-Luc Godard, whose Breathless was as cheeky and fun a tragedy as many of Truffaut’s early works, had sworn off narrative filmmaking, settling into a decade of harshly strident cine-essays. Jacques Rivette’s movies were growing exponentially longer. Truffaut’s development as a director, however, was far more subtle, keeping to similar themes and storylines, but uncovering more with each new project. Like many of the director’s best works, The Wild Child reveals important truths not only about the shape of his oeuvre, his love for big stories and ever-present, if at times confused, morality, but also about the man himself.