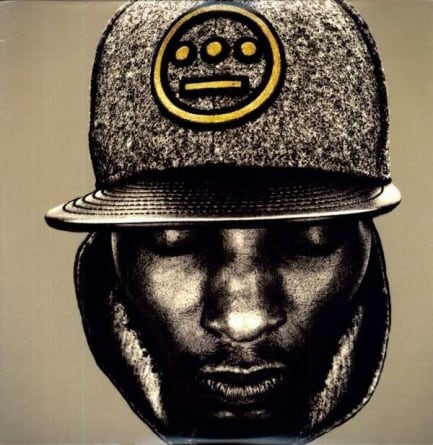 Give Del the Funky Homosapien credit – in the wake of a hit like “Clint Eastwood,” his collaboration with Gorillaz, other emcees would have tried to make lightning strike twice. But maybe because “Clint Eastwood” wasn’t all that different from what Del had already done in Deltron 3030, Del just went about business as usual. Spending the bulk of this century’s first decade on quiet releases and being an early adopter of the Bandcamp pay-what-you-want platform, Del didn’t appear to be interested in expanding on his newfound fame. So it shouldn’t shock anyone that Del’s latest, The Golden Era, is just Del doing what he does best – being himself.

Comprised of three discs, two of which are the first physical releases of albums long available on Del’s Bandcamp page, The Golden Era is exactly what you should expect from its title. Ignoring the trend towards digitization that current mainstream hip-hop has devoted itself to, The Golden Era is full of big grimy beats that fight for space with inventive keyboard lines and screwed up samples. Del’s flow is as clear and sing-songy as it has always been, emphasizing playful wordplay over hollow boasting and Auto-Tuned hooks.

The acrobatic nature of Del’s flow makes his best tracks sound like the audio equivalent of watching trapeze artists. Using the repetitive, bit-crushed beat of “Double Barrel” as a springboard for a multitude of melodic ideas, Del weaves in and out of rhyme schemes and rhythms. But the result never feels flashy or crowded, instead always maintaining a natural quality. “Makes No Sense” has a far cleaner, more cluttered beat but feels of a piece, its title a schoolyard taunting of a hook.

Even when he takes a more aggressive stance, as on the “Insane in the Brain”/”Jump Around”-cribbing “Raw,” there’s a shadowboxing quality that makes Del’s flow sound more like a thing of grace than violence. As Del says on “One Out of a Million,” his “Secret vow is to beat the style/ Into the hardheads who aren’t impressed,” and over the course of The Golden Era that’s exactly what he does.

All three discs sound like they could have come from the same session, though they’re actually separated by a few years. That’s not because of stagnation, it’s because Del is serious about his style, which is now in its own way as iconic and immediately recognizable as the legends he fondly remembers. It may not be groundbreaking stuff, but when it’s this consistent and strong, who cares?