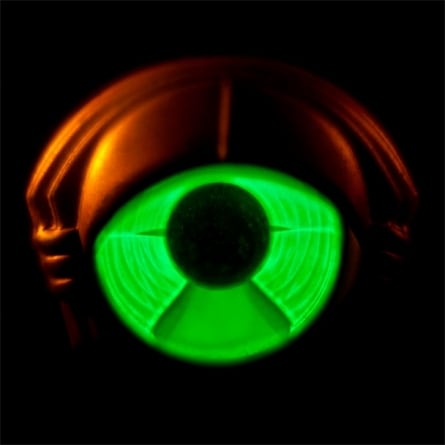 My Morning Jacket stretched their boundaries to the max with the disparate affair Evil Urges, an admirable leap of faith from their comfort zone. Circuital, on the contrary, finds the psychedelic Southern rockers right back where they started: Louisville, Kentucky. Perhaps the itch for their own hometown charm was in order after cutting records elsewhere. Armed with a new recording studio – a makeshift in an old church gymnasium – it’s most fitting then that the band unexpectedly ditches most of the experimental prowess and production frills of its recent output. Subtle textures still cling to Jim James’ songs, but it’s pretty much back to the basics, an aesthetically cut-and-dry MMJ we haven’t seen since before the pivotal Z.

Simpler doesn’t necessarily mean duller. You can hear the sticky Kentucky summer in the humid reverb drenching James’ lighthearted songs. The opening tracks, ironically the album’s longest, offer as much excitement and panache as the best of MMJ’s more eclectic material. The droning minor-chord “Victory Dance” tosses in splashes of Spaghetti Western flare into the solidly structured groove. The final minute builds into a torrential battering of notes and drums, the band’s disclaimer that they haven’t tarnished just because they’ve simplified. Even a most basic, streamlined tune like this sounds fresh in 2011.

The seven-and-a-half-minute title track follows, an affable singalong that transcends into the album’s only jam track. Circuital’s initial adrenaline rush makes for an incredible start, but by reaching the zenith so early, the only direction is down. Not to say Circuital turns into a letdown; it would just heavily benefit from a different flow. It’s this small difference that renders a potentially great album into a good album.

As usual, MMJ’s influences bubble on the surface, but they never act as a crutch. “Outta My System” begins with Beach Boys vocal melodies trysting comfortably with Johnny Cash-inspired lyrics (“They told me not to smoke drugs/ But I wouldn’t listen/ Never thought I’d get caught and wind up in prison…“). Enter a slow drum groove and Neil Young country-rock sensibilities and you have a new genre of rock ‘n roll. The brooding “Slow Slow Tune” lives up to the band’s prior Radiohead comparisons and the uncannily familiar “Wonderful (The Way I Feel)” could be a long-lost acoustic B-side written by any number of classic rock artists (the Band, Dylan, the Who).

MMJ make simplicity a novel, valiant quality unto itself. Each song makes for a great standalone, but as a comprehensively engaging and climactic experience, Circuital fails. But hey, if this is the only gripe, consider this: If any other band shed their innovations, the result would probably accumulate to mediocre rock music at best. MMJ have a knack – and they don’t need excessive embellishments to make it interesting. Next time they just need look at the entire package with as much finesse as they do for each song.