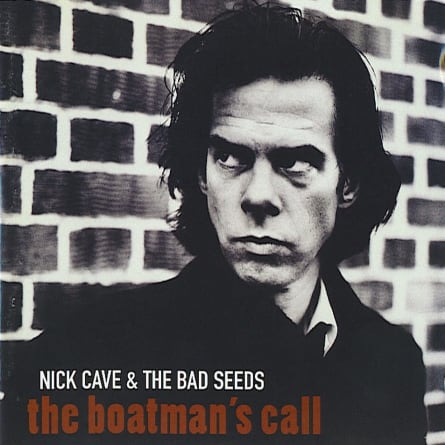 Nick Cave and the Bad Seeds

In 1993, the Smashing Pumpkins released Siamese Dream, one of the hallmarks of ’90s alternative rock, a record so successful it landed Billy Corgan’s band a slot headlining Lollapalooza over acts such the Beastie Boys, George Clinton & the P-Funk All Stars and A Tribe Called Quest. Also sharing the main stage was Nick Cave and the Bad Seeds, a group that enjoyed a cult following but had yet to crack the national conscience, at least here in the United States. But while the Smashing Pumpkins have long since imploded and the Beastie Boys release records every seven years, Nick Cave has steadily worked to become one of indie rock’s most respected artists, selling out shows and receiving the adoration of even the most hardened indie websites. And most of that adoration comes from a fecund period in Cave’s discography that runs from 1994 to 2001.

Although the band openly bemoaned David Briggs’ production on Henry’s Dream, the record also served as a turning point where the band moved away from the swampy sound of their ’80s work. Let Love In (1994) is a logical extension of this sound with Tony Cohen producing what could be Cave’s most scintillating set of songs. But rather than shellac the Bad Seeds with a layer of sheen, Cohen instead allowed the ornate intricacies of different musicians shine through. Just listen to opener “Do You Love Me?” where Cave’s piano cuts through the shimmering wall of sound like a fine scalpel or Mick Harvey’s sinister bell that penetrates “Red Right Hand.” Lyrically, Cave moves further afield from the themes of the blues and religion that haunted his earlier work. Instead, Let Love In is a strange collection of songs about murder and love.

“I found her on a night of fire and noise/ Wild bells rang in a wild sky/ I knew from that moment on/ I would love her till the day that I died,” Cave begins the record on “Do You Love Me?” the first of three songs in a row about love and possession. But these are not simple songs shouting the praises of love, instead they are testaments to loss and lust, dramatic mini-dramas about men so hopelessly consumed that either they or their objects of desire transform into phantoms of craving. But despite the darkness, Cave’s evocative imagery casts a humane pallor over his characters. “This is her dress that I loved best/ With the blue quilted violets across the breast,” Cave moans in “Nobody’s Baby Now,” one of his loveliest and saddest songs. It’s these tangible details that make his songs so evocative and deep. But the best comes at the end. “Do You Love Me? (Part Two),” a variation on the opening track, is a lingering paean to lost childhood. Taken from the Peter Straub story “The Juniper Tree,” the song takes place in a rundown theater where a young boy loses his innocence at the hands of a man with “sly, girlish eyes.” Under the groan of Cave’s funereal organ, we know something sinister is going down. It’s a song that leaves its fingerprints on you long after the album ends.

Cave moved on from these songs of possession to something more sinister. Murder ballads have long been a part of American culture and though Cave had been writing them his entire career, he put out an entire album devoted to the craft in 1996. Murder is serious business in musical history and characters such as Stagger Lee have populated the heads of songwriters from Mississippi John Hurt to Bob Dylan to the Clash. “Song of Joy” is an ominous opener, an atmospheric story told by an unreliable narrator. For the first time, Cave speak-sings his lyrics, a chilling poem set over the droning and almost Baroque instrumentation of the Bad Seeds. But anyone who considers Cave to be a miserbalist with no sense of humor obviously hasn’t listened closely. Look no further than his rendition of “Stagger Lee” or “The Curse of Millhaven” for Cave’s wry wink. As Stag enters to the bar he says, “Well bartender it’s plain to see/ I’m that bad motherfucker called Stagger Lee.” He then punctuates it with, “Mr. Stagger Lee.” And just wait until the end of the song for what could be the most repulsively hilarious lyric ever written.

Although Murder Ballads does threaten to tip over into parody (the nearly 15-minute gore bag of “O’Malley’s Bar” can be trying), the album is another step forward for the band itself. Alternating between quiet, controlled lulls and loud outbursts, the Bad Seeds had evolved into the perfect vehicle for Cave’s songs. Murder Ballads also is the first time Cave brought guest vocalists into the mix for lead parts. PJ Harvey lends her vocals to the chilling “Henry Lee” and Kylie Minogue plays a murdered lover on the stately “Where the Wild Roses Grow.” Cave ends the album with a cover of Dylan’s “Death is Not the End” and invites not only Harvey, Minogue and Shane MacGowan to take verses but also Bad Seeds Blixa Bargeld and even drummer Thomas Wydler get to sing. It’s loose and playful, but much like how “New Morning” ends Tender Prey, the song also serves as a palate-cleanser after a record with such a high body count.

Just one look at Anton Corbijn’s photo that adorns the cover of The Boatman’s Call, a stark black and white shot of Cave against a brick wall, indicates that this record would be a change of pace for the band. Pushed to its limits on Murder Ballads, The Boatman’s Call presents a respite for the Bad Seeds, a collection of intensely personal songs where Cave (and new collaborator Warren Ellis’ violin) is front and center. But it’s not the beginning of the end for the rest of the band. Instead, it’s a testament to the band’s strengths that they could back off and allow Cave the room to examine his demons.

Much of the record was reportedly written in the aftermath of a failed relationship with PJ Harvey, where the heartbroken Cave retreated within. He returns once again to religion beginning the record with the lyrics, “I don’t believe in an interventionist God/ But I know, darling, that you do/ But if I did I would kneel down and ask Him/ Not to intervene when it came to you,” from “Into My Arms.” The album’s 12 tracks are easily Cave at his most plaintive, alternating from lovely reminiscences (“Lime Tree Arbour”) to tragic regret (“Where Do We Go Now But Nowhere.”) Tender and tinged with sadness, the album culminates with “(Are You) The One I’ve Been Waiting For.” In what could be his most perfect love song, Cave sadly questions the age-old myth that love evokes fireworks by asking, “O we will know won’t we?/ The stars will explode in the sky,” before sobering up with, “O but they don’t do they/ Stars have their moment and then they die.” The Boatman’s Call feels like both an oddity and a key part of Cave’s oeuvre, a set of songs that are both touchingly lovely and suffocatingly personal.

Four years went by between Boatman’s and No More Shall We Part’s release in 2001, an unusually long time for Cave to go without releasing a record. In the interim, he gave lectures about the craft of the love song and toured on a greatest hits collection. He also met and married Susie Bick. If Murder Ballads felt like a piss-take at times and Boatman’s Call too intensely delicate, No More Shall We Part was a perfect distillation of all things Bad Seeds up to that point. The songs are all elaborate and the Bad Seeds once again get to utilize that loud/soft dynamism they began to explore in Let Love In and Murder Ballads. Once again, Cave wrote another batch of love songs for No More Shall We Part, but this time they lacked the sepulchral sadness that hangs over Boatman or the blood lust of Murder Ballads. These are songs full of space and ambiance, the crowning culmination of all of Cave’s ’90s work.

Cave does not, however, return to the angry fury of the sharper moments on Let Love In. There are no Jangling Jacks or Thirsty Dogs here. Instead, the tempo rises on “Fifteen Feet of Pure White Snow” and “Oh My Lord,” two of his most cinematic pieces. But once again, the ballads are the real centerpiece. Opener “As I Sat Sadly By Her Side” finds Cave singing in a higher register and “The Sorrowful Wife” showcases Ellis’ evolving role in the band. All of the songs on the record are searching meditations on love and how it factors into a world that is alternately cruel and beautiful. Look no further to the guest vocal by the McGarrigle sisters on “Hallelujah” for evidence.

Although Cave has now ventured into garage rock now and is once again caught up in the profane that peppers Murder Ballads, the complex emotions that fuel No More Shall We Part still linger, making the album a powerful listen 10 years later. Cave may never be able to return to its majesty but like all great art, he has proven there is no need for him to do so.