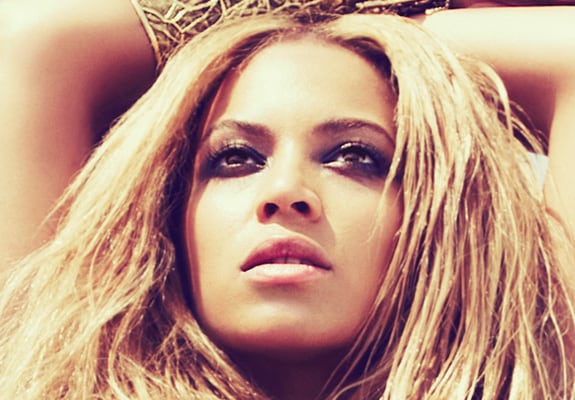 In 2008, Beyoncé attempted to transform herself with I Am…Sasha Fierce, a double album of sorts that was divided into two supposedly distinct discs. On one, you had the soulful R&B that catapulted the singer into a completely different realm of popularity post-Destiny’s Child. The second, with songs attributed to her alter-ego/stage persona Sasha Fierce, was full of club-ready, playful tunes. The gimmick was meant to show the two sides of the singer; the one who could turn you on, flirt with you in a club but also turn on the charm and win your heart. I Am…Sasha Fierce was a scattered effort though, never fully coming together as a whole. On the other hand, her most recent 4 is a much more concise, fleshed-out album that shows her seemingly unlimited range and duality.

Though past records have relied on a club anthem as the lead single, something to get people moving and singing, 4 delivers the slow, sultry and nostalgic “1+1” as its single; a vulnerable, emotional ode to love that nods to Sam Cooke and Otis Redding, it’s a powerhouse track that shows Beyoncé at the height of her vocal powers. The way she closes the door on each verse with a sudden leap into falsetto is as staggering as the exposed lyrics. Sounding both empowered and downtrodden, Beyoncé croons, “Make love to me/ When my days look low/ Pull me in close/ And don’t let me go.” In the hands of lesser artists, it’s a cliché, throwaway line, but when Beyoncé throws everything she has behind it, it cuts deep with its honesty.

Though none are as memorable as the lead single, 4 does contain its fair share of stellar ballads. On “I Care,” she pours her heart out over two hazy synth chords and a pounding drum line. Building to a chorus filled with cooing backing vocals and a heavy dose of reverb, it’s a wonderfully layered pop track that brushes shoulders with “1+1.” Equally affecting is “Rather Die Young,” a bass-heavy, piano-driven track that shows Beyoncé delivering one of the fiercest refrains of the album. As with most of the ballads here, when the lyrical imagery wades a little too shallow, she manages to salvage most of it by delivering each line with an infectious energy, honesty and strength.

Though the majority of 4 turns out sincere, vulnerable balladry, the more radio-friendly hits kill the pacing and the overall atmosphere of the record. “Run the World (Girls)” attempts to reach the same bachelorette party immortality of “Single Ladies (Put A Ring On It),” but falls short due to horrendous repetition and a stale sense of female empowerment. “Countdown,” which borrows heavily from Kanye West’s “All of the Lights,” is slightly more successful in its call to feminism by blending a sense of entitlement with an inherent sexuality. These tracks and a few others – the jittery “End of Time” and the hollow “I Was Here” – pale in comparison to the rest of 4. It’s unfortunate, because when Beyoncé is nailing every crescendo of her more soulful tracks, she’s one of the most unique and compelling pop artists in the game.

While listening to 4, finding myself confused by the tension between the gorgeous, sparse arrangements and the overproduced, crowded messes of its latter half, I couldn’t help but think back to last year’s Wake Up!, a collaboration between John Legend and the Roots. Using live recording and real instruments, the Roots utilized Legend’s voice in a way that his own discography would never have hinted at. He sounded loose and fierce, as if a change of recording process had reinvigorated a passion inside of him. At least half of 4 feels close to something like that, something filled with honest passion and respect. It’s a significant step up from her previous records, but maybe a Questlove intervention is what’s needed to propel Beyoncé to the same heights of some of the greatest divas of all time.