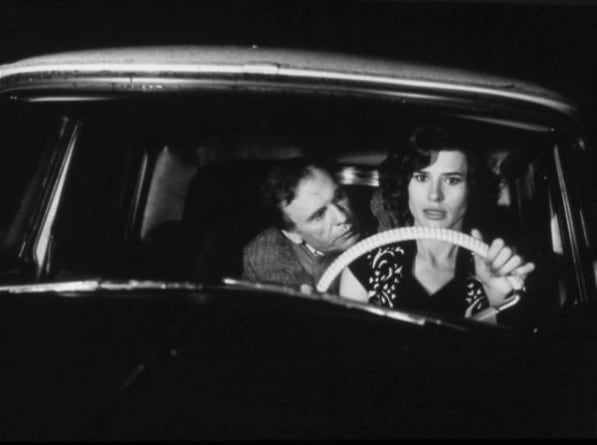 At last, we come to the end. François Truffaut was many things through the course of his career: director, writer, producer, even actor. He was an innovator and an iconoclast, had both celebrated and subverted the tropes of cinema throughout his long and storied filmography. Like any other artist, he had periods of tremendous vitality and imagination (most notably during the first crest of his career) and years of misfires and cinematic lethargy. But if any words can truly be used to describe Truffaut, it’s that he was two things: a filmmaker and a fan of film. The latter seems especially obvious in his last film, Confidentially Yours (1983), a work that so thoroughly references the gritty thrillers of yesteryear that it nearly turns into a parody.

Make no mistake: Confidentially Yours is one of Truffaut’s most lightweight films, a movie that’s clearly a little bit of a lark for all involved. While that may make it a disappointment for anyone hoping for a magnificent swansong from a legendary director, it is by no means an awful film. If anything, it can be seen as a man at the end of his career toying with the medium he loved and the films that originally sparked his own imagination. Although adapted from the novel The Long Saturday Night by American pulp author Charles Williams, Confidentially Yours (which was originally named Vivement dimanche! in France, meaning colloquially “Finally, Sunday!” for a total of three titles for the same story) has the fingerprints of Alfred Hitchcock all over it. Much as any suspenseful film is going to be caging from the master’s work, Truffaut was particularly blatant about it, even approaching deliberate homage at times. The themes are all Hitchcock, rarely Truffaut: the blonde femme fatale, the nervy string sore, the perfect murder, even hints at sexuality that would have been outrageous in the ’50s but were practically de rigeur by the time the ’80s rolled around. It even has that most Hitchcockian of plot catalysts: the murder victim as MacGuffin.

The film opens with a man being shot and murdered while hunted by someone whom he briefly recognizes, but we do not see. From there on, it’s a case of classic set-up. The murdered man, Massoulier (Jean-Pierre Kalfon), was having an affair with the highly sexed, blonde wife of his friend Vercel (Jean-Louis Trintignant), who swiftly becomes the prime suspect. After the wife (who has been up to some suspicious activity in nearby Nice) also shows up dead, it’s up to Vercel’s argumentative secretary Barbara (Fanny Ardant) to try to slog her way through the swamp of clues and lies and free her employer/broadly telegraphed love interest. But the plot of Confidentially Yours is not the important thing; in fact, it’s ludicrous, with so many double crosses, clues popping up just at the coincidentally right time and increasingly large cast of villains as to be intentionally silly. What makes the film a fun watch for all of its slightness is the deliberateness with which it invokes the symbols and movies of the past. From its deliberately shadowed black and white cinematography to the carefully framed shots of Vercel laying back on a couch next to a photo of he and his wife as he considers her infidelities to the gratuitousness of Barbara masquerading as a prostitute, it’s an unabashed love letter to the seaminess of suspense and film noir. Truffaut even goes so far as to reference his own work, neatly turning his protagonist from The Man Who Loved Women’s obsession with watching women’s legs into a teasing female perspective.

Of course, the fact that Confidentially Yours is a relatively unimportant movie in Truffaut’s career changes that it is the work of a director who was still working with all his skills intact at the end of his career. There are moments of surprise, as when a shot of Barbara walking through a door abruptly becomes a shocking POV of her being slapped, and of casually beautiful violence, like the artfully constructed image of Vercel’s dead wife laying on the floor, the blood on her forehead not even mussing her platinum hairdo. He makes the most of his actors: Ardant in particular has a bold, carefree attitude that makes her an unusually strong heroine in any era. But Confidentially Yours is as much the work of Truffaut the fan as it is Truffaut the filmmaker. Before he made his own movies, he was a critic. Even as a child, he would skip school to go see the movies he loved. In a way, it’s fitting that his last film should be one that so clearly shows him in love with the films of the past. Even if it will never stand as one of his great films, it’s one that shows him in a way that others don’t.