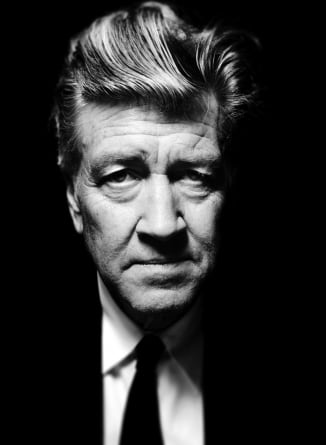 We at Spectrum Culture strive to bring you only the best. Ten auteurs at the forefront of the world stage: these are the Best Living Directors.

“It was straight out of a David Lynch film.” Ever since Blue Velvet hit the screens in 1986, people have been trotting out this phrase to convey the sense of the uncannily bizarre’s intrusion into the midst of some quotidian moment. Lynch’s body of work is an array of mirrors, reflecting internalized feelings from the deep ends of the human psyche. Pushed out by the language of film and playing right in front of you, he uses contradiction and paradox to communicate the absurd. His ability to fascinate rather than to frustrate comes from including so much that’s relatable, from cheap diners to the highways of Los Angeles to the nostalgic tunes of a 1950’s jukebox. David Lynch’s films are a series of secrets, where scenes are ciphers and characters are clues.

Lynch’s early works, Eraserhead and Elephant Man, demonstrated his range as a director. He was able to captivate a cult audience with Eraserhead: it is a sonic nightmare, an experiment in visuals as well as in sound design. Yet he was equally capable of telling a Hollywood-sized story strange enough, but also relatable enough, for production companies to take an interest in Lynch’s adaptive screenplay for the sci-fi epic, Dune. Once Dune flopped, Lynch returned to his ideas of post-structuralism and surrealism to make his crowning work to that point, Blue Velvet. With Blue Velvet, Lynch exercised more control over production to birth a labyrinthine perspective of suburban America yet unseen or experienced. Blue Velvet is the foundation of David Lynch’s world, the one that so many return to, get lost in. Realities are at once fractured and doubled, to the point where fact and illusion are indistinguishable parts of consciousness.

As a student of visual language, David Lynch has been influenced by the visual brutality of Luis Buñuel and Stanley Kubrick. He has relied on the courage of Jacques Tati and Alejandro Jodorowsky to allow for the looseness of plot, defying what is conservative and digestive. As in Tati’s dense, meandering Playtime, Lynch pushed Inland Empire to three hours, never letting the stratified existence of Laura Dern’s character Nikki Grace resolve or manifest as a singular, stable representation of a character. Deliberately made with low quality equipment (he shot it entirely with a cheap hand-held digital camera), he countered expectations to make a commercially-budgeted film, despite the success of Mulholland Dr., Lost Highway and Wild at Heart.

What makes it difficult to give up on a David Lynch film, regardless of how opaque the narrative may be, is his grasp of the human dream space and his ability to articulate it without resorting to unnecessary complexity. Without pretense, Lynch has been able to make use of dream and nightmare sequences to shade in the perspective of his characters, without underestimating the power of dream on film. Lynch’s use of dream in film is not lazy; he does not use dreams to cheaply obscure the plot or to confuse you. In the process of architecting a character’s dream space, Lynch is able to visually tease out repression, sexuality, violence, fantasy; impulses of an average, mediocre person like Twin Peak‘s unassuming Agent Dale Cooper or Mulholland Dr.‘s small town girl in search of a Hollywood break, Betty Elms.

His perverse cinematic treatment of perspective comes to us as clues, mere hints to solve each film and in turn solve a fraction of the exegetic world. He uses disorientation to warp the usually readied skill we embody to make distinctions between fear and desire. In Lost Highway, the wounded sexual relationship between saxophonist Fred Madison (Bill Pullman) and his reticent trophy girlfriend, Renee (Patricia Arquette) acts to distort what is painful and what is pleasurable. Fred, who is haunted by his wife’s enigmatic disposition and seemingly unattainable beauty, fails when they have sex. Fred enters a fantasy space where he kills his wife to quench his horrified sexual self. A new reality is designed and we are free to get lost while exploring a new set of characters linked together by being played by the same actors. For Lost Highway, Mulholland Dr. and Inland Empire (all debatably versions of the same story), Lynch eventually merges what is perceivably dream, reality and fantasy by each film’s end. With this division and manipulation of consciousness, Lynch creates for us not escapism but rather an escape.

David Lynch prefers the jagged meta cognitive vehicle to mock, to shock and to communicate things we already know but perhaps would otherwise rather ignore. Lynch will be referred to always as a fearless master of the beauty of paradox where there is no good, no evil – only human and insufferably human.