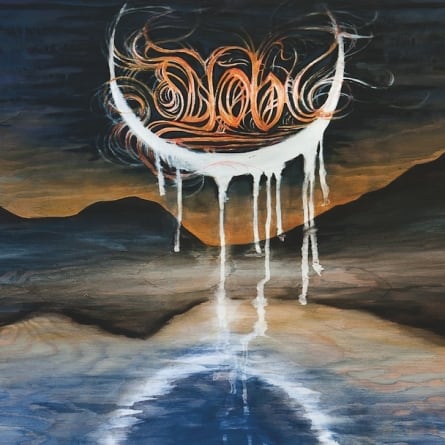 With a band history that reaches back to the mid-’90s, the fact that YOB is still making music that sounds fresh serves as testament for the relevancy of heavy music, especially in a scene that often teeters on the razor’s edge between gratuity and musical profundity. Operating as what is essentially still an underground outfit from Eugene, OR, YOB has released six well received albums since 2002, which have seen the group move from the realm of groove-heavy stoner-rock to a sound much more involved in its depth and introspection.

With songs that frequently exceed the 10-minute mark, much of the heaviness of YOB’s sound comes from the detuned and droning guitars that give the music a sense that it’s sagging under its own mass, lurching along with an affected urgency. This quality is emphasized on Atma, taking the band into a territory that has shed some of the more straightforward elements sometimes evident in their earlier work by circumventing the hooky riffs and solo breaks and further elaborating on the themes that they had begun to develop with 2004’s The Illusion of Motion.

The album’s intro piece “Prepare the Ground” is epic. YOB takes its time to let the weight settle while musical ideas slowly develop into a crushing Goliath of sound that evolves and changes with subtlety. Some of the album’s best dynamics are found on “Before We Dreamed of Two,” which includes a breakdown of intimate silence, accented with ocean waves and a gently resonating guitar. As it pulls itself slowly up a slope before collapsing under the weight of its journey, singer/guitarist Mike Scheidt cries out in refrain, “Bring my body.”

Scheidt’s voice is all over this album, though his screeches and wails serve more as texturing than lyrical platform. At times he throws back to Dio, with huge arcs and powerful, throaty sustains that serve as an instrument, adding plenty of character to a sound that is otherwise completely saturated. On Atma it’s evident that the band has mastered their sound; they know exactly when to pull back and when to keep going. The album closer, “Adrift in the Ocean,” a 13-minute journey that starts with gently shimmering guitars, a rolling beat and vaguely Middle-Eastern charms, evokes images of rolling waves and foreboding clouds before committing itself to riffs that are full of intent, lacking any superfluity.

Atma continues the band’s vision of creative freedom, and the album’s depth goes well beyond its massiveness. YOB has created something that is both self-referential and completely fresh while still being heavy as hell. Its tone is dark, painted in blacks, blues and deep violets, though the band never seems to simply bask in its own shade. Atma is an album certainly worth exploring, and on it YOB fully embraces the boundaries that they have defined for themselves.

Key Tracks: Prepare the Ground, Before We Dreamed of Two, Adrift in the Ocean