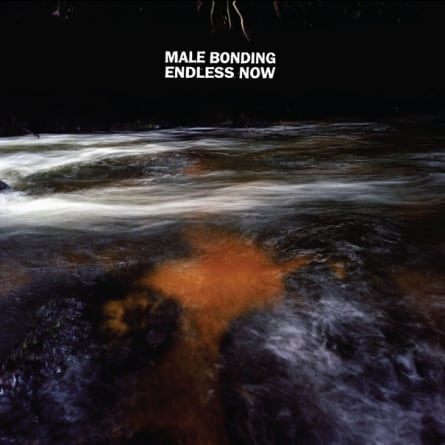 When Male Bonding’s debut album, Nothing Hurts, was released in 2010, it drew favorable comparisons to Dinosaur Jr. and Hüsker Dü, among others. Certainly all the key traits were there: the band played fast and loud; the tracks were insidiously catchy and saturated with hooks; guitars were everywhere and smartly contrasted with John Arthur Webb’s vocals. It was the type of record critics were bound to love. It drew from an irreproachable set of influences and its songs were accessible without making any indie cred-sacrificing mainstream rock concessions.

Still, a small but perceptive minority of listeners criticized the British trio’s songs for feeling too derivative and repetitive. And, unfortunately, the same can be said of the band’s sophomore effort, Endless Now. To their credit, the guys in Male Bonding do take a few significant steps to evolve their sound: there is a shitload of overdubs and more sophisticated guitar layers; the songs are more expansive and sound less rushed; a broader range of instruments is featured, including piano, cello and more cymbals than anyone could ever need or want.

But the band still doesn’t manage to shake its likeness to a specific segment of 1980s indie rock, and Endless Now remains too emulative too frequently. As before, the band is also prone to falling into a common pattern, especially by the time the album’s middle section of “Before It’s Gone,” “What’s That Scene,” “Mysteries Complete” and “Can’t Dream” comes and goes. Nearly every song opens with a brief guitar riff, followed by mad, thwacking drums, layers of more guitar and gauzy, mostly hazy, vocals sung in a disaffected (or is that disinterested?) manner. The end result is an album that belies the relative speed with which the group apparently put these tracks down in the studio. It’s too predictable for its own good.

This is not to suggest that several individual songs don’t sound fantastic; they do. “Tame the Sun” and “Seems to Notice Now” collectively find Webb adopting a vocal inflection slightly reminiscent of J. Mascis, even if in a flatter and far less expressive way. “Carrying” smartly incorporates pop-inflected background harmonies, and “The Saddle” is a short acoustic song that serves as a welcome change of pace and style, both of which the album sorely lacks. And no one will question the trio’s musical abilities on the strength of this batch of songs. Webb (vocals/guitar), Kevin Hendrick (bass) and Robin Silas Christian (drums) execute these tracks magnificently. The shame of it all is that this expert execution comes at a hefty price, and the album ultimately suffers from being too insular and narrow. The start of any piece of artistry is usually the most difficult, and judging by the sheer quantity of like-minded, guitar-fueled fits and starts to these songs, this is a fact of which Male Bonding are probably keenly aware by now.