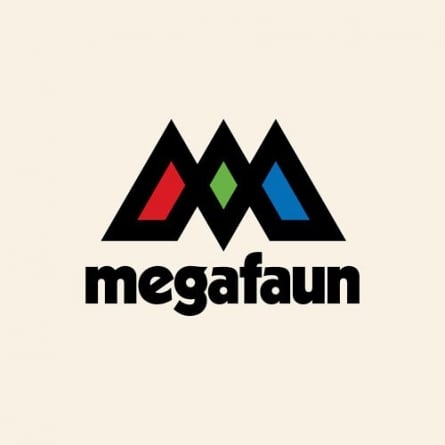 A good number of modern indie bands, pumping out what could most loosely be described as experimental folk, hone in on a unique trademark style on their debut that garners all kinds of critical and popular attention. Many of these bands then either retread that same ground on subsequent albums (not necessarily to ill effect, as with Fleet Foxes’ sophomore disc) or try new things in a way that disappoints more followers than it pleases. Band of Horses have been finding this out the hard way as they drift little by little away from the stark sound that defined Everything All the Time; Bon Iver, sharing members of the now defunct DeYarmond Edison with North Carolina’s Megafaun, generally overcame that artistic hurdle with their second album, but it also sounds like one only Justin Vernon could make.

Megafaun experiments a little more with each new release, building last year’s Heretofore around some soothing melodies and one big adventurous track, the 12-minute “Comprovisation for Connor Pass”. But the somewhat restless trio also experiments in different ways – their 2008 debut, Bury the Square, is arguably their most unhinged, abstract expression. Megafaun’s self-titled fourth album is a bigger, more expansive and more relatable take on all of these earlier experiments spread across three albums’ worth of stylistic growth – complete with dazzling harmonics, odd ambient noises that push into ﻿musique concrète territory and a generous runtime that allows Megafaun to take all of this on with a casual stride. None of those details are new to Megafaun’s work, but Megafaun as a whole is still an exceptional album.

Early on, “These Words” pulses with odd ambient noises and kicks off with a literal splashing sound, ebbing in and out over hypnotic string arpeggios (Phil Cook’s banjo is a pretty significant element throughout) and a rickety jungle beat. At first the hazy vocal delivery seems like an overly affected production choice, but those feathered lines start to build and layer towards a conclusion in a way that plays exquisite foil to each unnerving synth. Megafaun’s earlier efforts have their own merits, but never before have all the band’s many textures and ideas felt so fully considered and edited down to the point where they fit together in just the right way.

Yet Megafaun is also an obvious successor to Gather, Form & Fly – Megafaun’s appeal to a greater audience – by proving to be an easy (if sophisticated) listen as often as it is overtly arty and challenging. Other than on the unnerving bonus track, a somewhat maddening sound-collage, those more challenging moments serve as bridges between traditional songs instead of being the centerpieces that make the tracks themselves work. But they augment those songs by starting with a pure folk essence and grasping at something greater.

If it wasn’t noticeable on their first three albums, it’s more obvious now that Megafaun frequently invokes the easy musicality of the Grateful Dead’s American Beauty with a few wandering campfire songs and similarly endearing melodies. There’s no jamming going on here, but there are piano-driven sing-alongs that are just as catchy in a sensitive, measured way; Cook wrote more on piano than in the past, and that classical American songwriting approach clearly impacted the way these tracks resonate. “You Are the Light” is a relaxed “Ripple” for Megafaun’s catalog, the memorable vocal exploding into bursts of horns here and there. “Get Right” is the first single to attract widespread attention and it happens to be one of the more upbeat, noisy moments. It also starts off tense and coiled, with spiraling gossamer synths hiding behind scratchy guitar, but the 8-minute rambler stretches out and meanders until it settles down with a satisfying fade-out. And “Hope You Know” is a particularly obvious example of Cook’s piano songwriting, with its soothing key figure mixed front and center. Everything else on the track is backed off to accommodate this choice and delivered as gently as possible – and it all comes together beautifully.

Megafaun has been hinting at an album like this for some time, arranging experimental turns next to easy guitar figures, back to back. But on Megafaun those two elements feel truly bonded instead of just intertwined across the span of a few minutes. “Everything” is a fitting closer – the song doesn’t {sound} traditional, with its kitchen-sink vocals and barrage of instrumentation, but the structure underneath is so catchy and attention-grabbing that it serves as a final reminder of just how commanding Megafaun’s songwriting can be. Gather, Form & Fly may have backed off the idiosyncrasies to showcase that songwriting and vocal prowess, but Megafaun manages to feature the best of both words. It’s obvious this is exactly where the trio was always hoping to arrive, taking all the necessary steps along the way to actually get there.