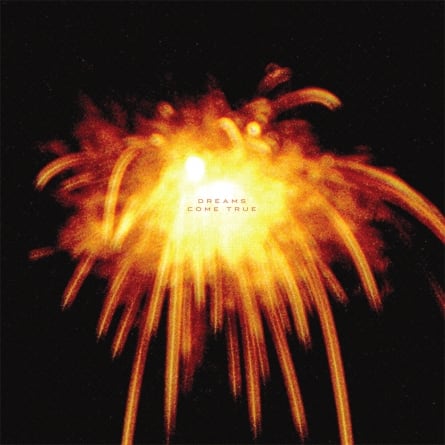 CANT is pretty much exactly what you think it would sound like, considering this information: Chris Taylor, multi-instrumentalist for post-indie darlings Grizzly Bear and producer for Twin Shadow and the Morning Benders makes solo disc entitled Dreams Come True during the reign of international chillwave intoxication. For his first full-length under the CANT moniker, the prolific Brooklyn artist has given us something of a bedroom project but with a bigger budget and without the awkward footing of a debut release from someone who’s just figuring out instruments or playing around with nifty software. Since graduating from NYU in ’04, Taylor has managed to help restore and release a collection of rarified Arthur Russell material, play classical instruments on TV On The Radio’s Return To Cookie Mountain and produce every Grizzly Bear album since joining the band. Dreams Come True is evidence of Taylor’s restless imagination and itchy fingers but it’s also a staggering attestation to the ideas he wants to sculpt outside of Grizzly Bear.

This is not to say that CANT feels like an egotistical side project. While Dreams is mostly a personal endeavor, it is also the blank workspace of a tunesmith ready to try out new things and take risks during down time. Specifically, it is an exploration of the sad piano, modular synthesizers and drum machine safaris. The most significant venture is Taylor’s hack at taking on the responsibilities of a full-blown frontman, namely as a vocalist. The result is less than interesting. Taylor as CANT is largely slow moving and embodies a personality dependent on lyrics, a personality that makes the moods of the album distinctive and at times over-steeped in the self. The unambiguous lyrical material in songs such as “She Found a Way Out” and “The Edge” give you the sense that this is something of a therapeutic project for Taylor. The trouble is that lines like, “I’ve been thinkin’ just what you mean to me/ So I’ve been tryin’, I’ve been dyin’ to know just what I’m supposed to do/ I’ve been messed up ’bout things I screwed up,” from “Believe” render this story maudlin and uncomplicated. In the vein of tawdry R&B, Taylor’s voice is tender, smooth and refreshingly human up against de rigueur synthetic voices awash in studio work. But the whining disguised with dizzied expressions and whispered verse distract from the otherwise beautiful musicality.

The bulk of Dreams deals with frustrated love and a wary retrospective for problems of past relationships. Drum-machine happy “Answer” is Taylor’s experience with the hexes of exes. It details the late night sufferings of compunction, indecision and phone calls. Slender and somber “Bang” covers post-relationship blues at first with a finger picked guitar line and then moves into squiggly synth territory for dramatic effect. As tightly produced as hotel lounge music but as weighty as jungle bass, “Too Late, Too Far” becomes a Beyonce backing beat by its end. The deep toms and sizeable kick drum are consistent, boasting a pop threat beneath all this forgettable, common woe. Ribbons of Taylor’s favored flute playing enter naked and unprocessed and then die out as a strangled series of bleeps, eclipsed by a fat synthesizer.

If your temperament to listening to or to making music is black metal, noise, avant-garde or anything that historically confronts what is truly maddening about the human condition with sound, then the title track might make you blush with compassionate embarrassment. “Dreams Come True” attempts to disturb the consciousness in the way of Chris Cunningham or Marc Chagall but falls short on grounds of tacky execution. “Dreams” is another modern surreal take on dreams and the idea that they come true but are not always pleasant. But this song can only be taken so seriously. Taylor’s distorted voice bodes, “Dreams come true, dreams come true” with empty, excessive delivery. The ear piercing high synth frequencies, overwrought with texture and too cleanly mixed, only wins the moment as the kitchen sink track.

Chris Taylor as CANT makes icy-hot pop music. Outside of Grizzly Bear he gets a grip on his mellow/harsher moods by substituting the simple syrup used in Toro Y Moi and Washed Out recipes for molasses. It’s slower moving and a little harder to swallow. If you’re interested in the sound of one of the dudes from Grizzly Bear talking to himself in the mirror on mushrooms, give this record a spin.