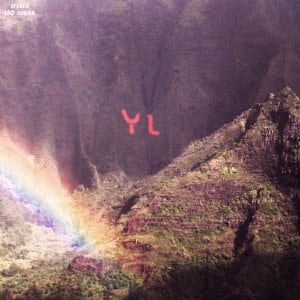 Trevor Powers, aka Youth Lagoon, is a young multi-instrumentalist who retreated into solitude to record an album on themes of youth, nostalgia and heartache. A brief description such as this would not lead one to believe that his full-length debut is anything particularly original. Yet Powers’ bedroom project stands apart from others, as he clearly needed to make The Year of Hibernation. The resulting songs give the distinct impression that Powers would have burst had he not been able to make them.

Youth Lagoon defies the convention that bedroom producers are best suited for the headphones of the solitary listener. Powers eschews the standard verse-chorus-verse song structure in favor of songs that build from hushed whispers to rafter-reaching crescendos. The opening cut, “Posters,” begins with Powers’ soft croon over a delicate piano and gently whirring reverb. Each of these elements builds gradually before the sudden introduction of a throbbing beat and gleaming guitar riff. “Montana” and “Cannons” follow a similar format of a soft beginning and liberating build-up, with deft and timely instrumental additions of guitar, piano and percussion.

The most stunning example of Youth Lagoon’s song structure is “July,” an anthemic cut about a decaying relationship. Powers’ singing is almost inaudible over humming organs at the beginning, before the track becomes colossal; it’s almost too massive to be the work of a solo artist. His urgent vocals border on yelling as he sings about his impending breakup with a suitably dramatic backdrop of fireworks.

The Year of Hibernation has a distant, indirect quality to its sound, as though you are hearing the record through the walls as someone spins it on an old record player in the next room. One isn’t meant to be able to understand each and every word, as trying to discern Powers’ echoing, washed-out vocals feels almost like eavesdropping.

The lyrical content that can be discerned is incredibly intimate. “Daydream” details a nasty breakup, while “Afternoon” describes days filled with crippling anxiety. Both of these tracks feature contrastingly warm and whistling electronic instrumentals, as though Powers was desperately trying to cheer himself up. Nostalgia is a theme touched upon frequently in the album’s imagery, which includes campgrounds, bedrooms and Fourth of July festivities. On “17” Powers sings, “When I was 17, my mother said to me/ Don’t stop imagining/ The day that you do is the day that you die.” Thus, even on the album’s sunniest track, Powers shows that he views creating music as a high-stakes matter of necessity.

In his interview with Spectrum Culture, Powers revealed just how important The Year of Hibernation was to him. In order to have enough money to make the album, he stopped seeing his therapist about his anxiety so that he could devote the cash to studio time and engineering. Not only was his music important for his mental health, it was the most important thing for his mental health. The output is not only incredibly honest and intimate, but also wholly unique as a “bedroom production” that seems like it could tear the roof off the house with its sheer vastness and emotional weight.