September 30, 2020
Home Music Pink Floyd: The Dark Side of the Moon (Experience Version) 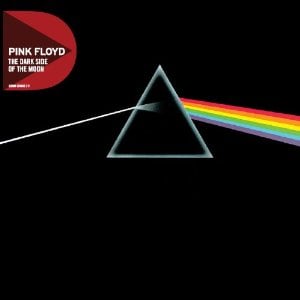 What is there to say that’s been left unsaid by 40 years of rock writing concerning the multi-platinum, omnipresent chart fixture and, well, unsurpassed realization of the Rock Album as Art Form that we call The Dark Side of the Moon? Certainly, what with decades of expensive theatrical live performances and a tireless effort to elevate pop music to that of aesthetic royalty, Pink Floyd are old hat at best and Jurassic pop practitioners of bloated Boomer dark arts at worst. But the thing with Boomers like David Gilmour, Nick Mason, Roger Waters and Richard Wright was their naive ambitions, when applied to the relatively young musical form, resulted in a belief that they could get away with recording a definitive rock ‘n’ roll statement on the insurmountable pressures of modern life and the ouroboros of man’s determination to alleviate these pressures on himself by standing on the neck of his brother.

What I think tends to be overlooked – and is evidenced by watching the in-studio footage included as part of the Live at Pompeii film – is that the Floyd was a band at this time – a band – of four young, hungry dudes determined to take their weirdness, talent and lofty concepts and capitalize on all of it. It’s kind of refreshing to hear them say in the interviews that they are in it for the money. Now, throw a rock and you’ll hit any ‘counterculture’ record from the period that deals with war, avarice and the general crap nature of the world Mom and Dad handed down, but, in avoiding writing too topically, lyricist Waters employed a light touch with his proselytizing. Indeed, many of Dark Side‘s songs feature lyrics that could be elementary or revelatory, based on your mood (“Breathe, breathe in the air/ Don’t be afraid to care,” “Get a good job with more pay and you’re OK“) and, because of this, Dark Side’s songs don’t stray too far from pop and, thusly, these themes are lent easily to each new generation of disgruntled ninth graders with brains.

Add to this the sense that the Floyd were wandering blindly since ’68, when they’d lost their songwriter to lysergic insanity and you have a record colored by the strange, effectual disappearance of their very good friend, somewhat of an attempt to delve into a post-mortem analysis of the sorts of things that make the psyche of a man like Syd Barrett cave (sure, drugs didn’t help) and the beginnings of a prescription against that kind of mental terror. What’s the antidote? Empathy and communication.

The title of the first bit of music says it all: “Speak to Me.” Built up from different sounds that would appear throughout the record, this introduction, with its heartbeat, half-heard voices and wailing, is a sort of non-musical overture that ensured the remaining material would be something totally unique. “Breathe,” with its sleepy pedal steel and organ is all morning sunlight glinting off reflective objects; “Run, rabbit, run,” Gilmour sings, suggesting that chasing the sun around the world via a career path is no way to live one’s life, or at least none any should ever expect any sort of satisfaction from – there’s always some other hole to be dug. With the line, “race toward an early grave” we have “On the Run,” a sequencer-based (pre-Tangerine Dream’s Phaedra!) push on the album’s accelerator, its purpose to alienate and increase tension with heartbeats, panting and heavy footsteps. The sublime “Time” begins with Alan Parsons’ recorded antique clocks exploding maniacally before entering into a portion I’d imagined, from a very young age, was the ideal soundtrack to the LEM landing on the lunar surface – Mason’s rototoms and Wright’s keys sounding as spacey as they ever would.

Well, holy shit, you’re standing around waiting at your liberal arts school to prepare for your career but the clock has already begun ticking, “you’ve missed the starting gun” and Mason has been drumming faster than everyone’s been playing. Do you have the existential sweats yet? How do you make peace with this? Work, then commute home sweet home, where you get down on your knees, saying your prayers with the “tolling of the iron bell,” hoping that the reward’s in heaven, because it sure ain’t on earth. The out-of-body rapturous “The Great Gig in the Sky” is every bit as heavenly as you hope heaven will actually turn out to be. But those synchronized falling coins, torn receipt tapes and cash register bells (holy shit, this still sounds badass to this day) snidely remind one that faith is nice, but financial power is better. Wright’s flanged organ – or maybe a Fender Rhodes – sounds as slippery and unctuous as the man signing those royalty checks and Dick Parry’s saxophone bleats with ironic glitz.

One query used in procuring the spoken responses used throughout the record was, “When was the last time you were violent; were you in the right?” So, after we understand the name of the game is money-grab or be grabbed (“I certainly was in the right,” “…that geezer was cruisin’ for a bruisin'”), we then take a moment to ruminate on the use of force. Written with the intention of scoring a violent protest scene in Zabriskie Point, “Us and Them” is the song here that drops any sense of ironic detachment, as, in its heavy heart, the band can’t help but play it beautifully straight. The only humor in its exploration of man being inhumane to man is that little spritely two notes that Wright plays after Gilmour’s “Up…” and, even then, it’s heart-breaking. “Any Colour You Like,” I guess, is an attempt to lighten the mood (as in, “so long as its the color we’re offering”) with an instrumental sort of space-funk thing that the Floyd would explore also in portions of Meddle’s “Echoes” and follow-up Wish You Were Here’s “Shine On You Crazy Diamond.” With “Brain Damage,” Waters takes lead vocals for the first time on the record, his weary, blackly humorous musings on the precarious balance of “being different” and “being batshit crazy,” recalling Atom Heart Mother’s “If” and suggesting that we all go a little crazy sometimes. “Eclipse,” though, suggests with its big finish that we are who we are not because of who we are as individuals or how great we are, but rather in how we relate and interact with others and the world around us. Distrust or lose sight of this, and, well, the “sun is eclipsed by the moon,” and there you go, you’re one of them now.

The Dark Side of the Moon, remastered and lavishly re-released in Discover (album remaster), Experience (remaster and perfectly adequate 1974 Dark Side performance) and Immersion (ridiculous, expansive package) versions represents an apex of what Floyd were trying to do and what they again tried to duplicate for the remainder of their career. Never again as sonically or musically interesting as they were here, Dark Side’s themes of the necessity for human empathy and communication never seemed as clear-headed as they were when explored and interpreted here. Something was lost later, the songs colored with too much pretense (Animals), ego (The Wall), topicality (The Final Cut) or self-reference (The Division Bell). There is a sense with Dark Side that, with empathy and communication, the Floyd made a better record than they had made or could make again. What would Dark Side of the Moon be in our consciousness without the iconic album cover-to-end-all-album-covers design of Storm Thurgerson (via Hipgnosis)? Why would any of us give a damn about the end-of-side-one instrumental passage “The Great Gig in the Sky” without the soul-rending, improvised performance of vocalist Clare Torry? What would “Money” or “Us and Them” be without Dick Parry’s expressive sax? Let’s not forget the three-dimensionality provided by soundbites of interviews given by roadies, Abbey Road staff and members of Wings, and, finally the contributions of Alan Parsons. On Dark Side, his first proper engineering job, Parsons created the kind of sonic richness that the Beatles had only dreamed of and the kind of musical precision and depth that the Floyd would hang their hats on for years to come.

PRE Third Album Rating: 3.0/5.0 Label: Skin Graft One of the things that struck me immedia…