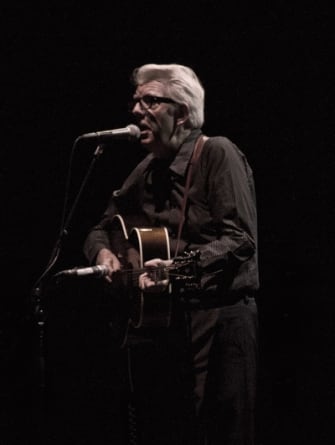 St. Louis’ Kiel Opera House shut its doors in 1991 after a nearly 60-year run that included everything from operatic performances to rock shows by Bruce Springsteen and the Rolling Stones to high school graduation ceremonies. For the next 20 years it sat dormant, the butt of local jokes sitting right there on Market Street as well as a standing monument to the city’s declining downtown. Now rechristened the Peabody Opera House and sporting the sexiest facelift $79 million can buy, the venue reopened on October 1 with a gala that featured Aretha Franklin singing songs she’s sang a million times before and Jay Leno not being funny.

The money spent indeed shows: the interior is classy and clean, its freshly-polished architecture is ornate but not gaudy, and its floor plan gives the Peabody an intimate feel that its closest counterpart, the slightly-larger Fox Theatre, sometimes lacks. The atmosphere on this night was likewise welcoming: old timey folk music played as people – both the well-heeled and those still wearing tattered band shirts that became too tight too many years ago – walked to the front of the orchestra section and looked around in all directions, admiring the rehabbed building while polite ushers helped bewildered concertgoers find their seats (and also warned a few over-imbibed fans that they needed to behave or would get tossed out). Hopefully it’s a while before the Wrong Act gets booked at the Peabody and its rowdy fans proceed to debauch the place.

Looking dapper and dignified in dark clothing and glasses, Nick Lowe took the stage around 7:40 to polite applause. Starting with “People Change” and drawing from a setlist similar to what he’s employed as the opener on his tour with Wilco, the musician used only a single acoustic guitar during his all-too-brief 40 minute set, putting the emphasis squarely on his lyrics and vocals. It’s an approach that worked perfectly: Lowe was masterful at bending the words and altering his phrasing to fit the songs’ acoustic arrangements and needle-sharp observations, particularly in the falsetto he hit on “Heart,” the country-ish delivery of “Ragin’ Eyes” and the drawn out vocals of hard-luck ballads like “Lately I’ve Let Things Slide” and “What’s Shakin’ on the Hill.”

Lowe came across as affable and self-deprecating, joking after “Heart” that he used to play St. Louis frequently but that for some reason “invitations dried up” sometime in the late 1980s. He also borrowed a phrase from Tom Waits in describing his role as opener as that of a “rectal thermometer” used to gauge the audience’s mood for the headliners. A rather insistent balcony-level “request” for “House for Sale” didn’t cause Lowe to miss a beat, as the singer smoothly transitioned to that track from latest album The Old Magic after a bit of stage banter.

“Cruel to Be Kind” immediately followed to enthusiastic applause; probably this was the moment where many in the audience realized Lowe was the guy who actually wrote that song. An intriguing cover version of Elvis Costello’s “Alison” was performed with a unique cadence, as Lowe retained the song’s melody but subtly altered his vocal inflections. After a melancholic take on “When I Write the Book,” Lowe ended with old standby “(What’s So Funny ‘Bout) Peace, Love, and Understanding,” its cynical, faux-hippie cheekiness long since supplanted by the sincere manner in which both Costello and he have presented the song over the years. After a few bows Lowe left to a loud ovation that continued for at least a minute, before the house lights came on.

It was a wonderful set from one of music’s truly underappreciated innovators; that Lowe seemed genuinely appreciative of – of even perhaps a little surprised by – the warm audience reception made the set all the more pleasant. It was simply an outstanding performance from an artist who has for too long been overshadowed by the more celebrated versions of his songs other musicians have made famous.