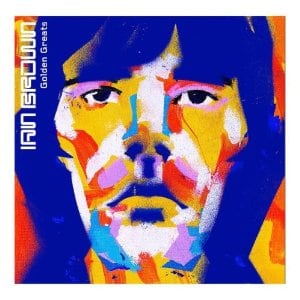 The unexpected news of the upcoming Stone Roses reunion raises a lot of questions, some more obvious than others. Of course, there are always the old standbys: is it motivated by money, a la the Sex Pistols and the Pixies? Will they be playing new material or is this the Madchester equivalent of a modern day tour from their near namesakes the Rolling Stones, trotting out middle-aged versions of “She Bangs the Drums” and “I Wanna Be Adored?” But of course, here stateside, where the Roses never made quite the impact as they did in their native Great Britain, the main question might be, “Who are these guys and why should we care?”

The Stone Roses may have kicked off the Brit Pop movement of the 1990s and been an integral part of the Northern England Madchester scene, but they didn’t make the splash in the United States that might have been expected. John Squire’s intricate, hooky guitar work combined with the alternately funky and propulsive rhythm section of bassist Mani and drummer Reni to create a musical template that both hearkened back to the trippy days of 1960s pop rock and created a new kind of guitar-driven house music. But when the wait between their rapturously received eponymous debut album and the follow up stretched into years, they seemed to lose momentum. While The Second Coming (1994) was initially well-received, it has since come to achieve the kind of (perhaps undeserved) bloated notoriety held by Metallica’s Reload, Michael Jackson’s Dangerous and its spiritual descendent, Oasis’ Be Here Now. So, after Squire’s departure and a disastrous attempt to carry on without him, where did that leave Ian Brown, singer, frontman and mouthpiece of the band?

So, you may also ask, why so many words before even mentioning Ian Brown and his album, Golden Greats? Simply put, the sheer stylistic turnaround that Brown makes on his sophomore solo album is so abrupt and phenomenal that it requires context. Brown’s work with the Roses was primarily lyrical and vocal, relying (at least in the public’s perception) on Squire’s indelible hooks and melodic color; the pair buffering and complementing each other musically to an end greater than the sum of their parts. In addition, the singer was linked to the revival of guitar pop in England, a kind of neo-classicist fusion of the Rolling Stones, Byrds and Beatles soundtracking the Second Summer of Love (along with a seemingly national infusion of MDMA). But there had always been an element of the dance floor in the Roses’ music. Reni’s complex drum rhythms in “Fool’s Gold” propelled it to Top Ten status in four countries, and they were as influential in dance clubs as they were in rock venues. But Brown’s solo debut, Unfinished Monkey Business, largely kept to the formula of guitar-driven rock, albeit with Brown’s newly minted instrumental skills crudely filling in for his erstwhile schoolmate.

Golden Greats changed that, Brown reinventing himself in the vein of trippy, fuzzed out electronica. Departing from the classic guitar sound that has made your career, particularly after the massive implosion of your band and the mixed reception of your solo debut seems a risky notion, but Brown gives it everything he has on the album. Mixing a more varied sonic template with a distinct lack of traditional pop songs, Golden Greats uses Mellotrons and organs, fuzzy synthesizers and pounding dance beats to create a truly unique album. While Brown’s distinctive voice is little changed (and there’s not much you can do to alter his Mancunian bleat), it’s the album that changed his career and created the dance oriented artist he is now.

Much like his contemporaries Massive Attack, the tracks on Golden Greats seem to approach songwriting as a blurry, ever-changing thing. Massive guitar riffs on the opening “Getting’ High” transition into the throbbing, infectiously rhythmic “Love Like a Fountain” to the intense, string-driven “Free My Way.” It’s a gloriously schizophrenic album, never pinning itself down to a single sound or tone. While confidence has always been a hallmark of Brown’s, he sounds in remarkable form all the way through, whether in his slippery, near-rap delivery on “Set My Baby Free” or the opening lines of the album, “I could have found you if I wanted/ I wouldn’t even have to try.” Even the poppier tracks on the album, like “Dolphins Were Monkeys,” are hard to imagine coming from any other musician and certainly not one with anything less than superhuman bravado; singing lyrics such as, “The dolphins were monkeys that didn’t like the land/ Walked back to the water/ went back from the sand” with complete sincerity certainly takes it.

It’s always a risky proposition for an artist to change their sound midstream, particularly one as iconic as Brown’s was in 1999. But that same aggressive confidence that sometimes saw him coming off as brash in the press is part of what makes Golden Greats so remarkable. It’s a turnaround of an album that feels completely unforced, a piece of music that was both unexpected and startling in its coherence. Come next summer, we’ll see whether the Stone Roses still have the spark that burned so brightly, but alone, Brown never lost it.