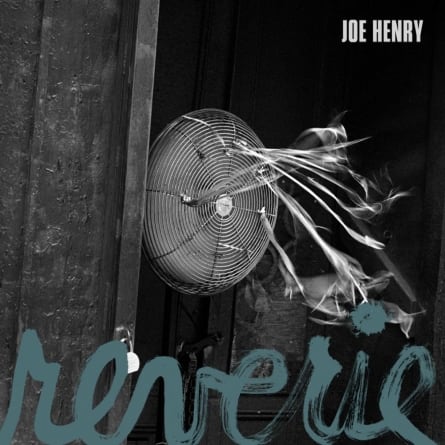 Around the time Mule Variations was released, Tom Waits occasionally described how songs need to be anatomically correct, how they need to contain weather, names of towns and food. It was just another one of the typically obtuse and at least slightly facetious Waitsisms that his fans revel in, of course, but it nevertheless contained at least a small degree of insight about Waits’ creative process. It’s a characteristic that could easily be applied to the music of fellow ANTI- artist Joe Henry, and especially his latest release, Reverie, whose songs seem to unfold in a timeless, mysterious and sometimes threatening geography of Henry’s own esoteric design.

At times reminiscent of 2009’s Blood from Stars but with slightly less polish, {Reverie} essentially consists of piano ballads roughed up with guitar, brushes of percussion, short waves of increasing volume, sporadic background sounds (i.e. barking dogs) and Henry’s nasal, blues-inflected vocals. But it’s the musician’s skills as a writer that serve as the album’s strongest element; though he’s still primarily thought of as a producer and finds his solo records often disregarded as a result, few artists can vividly paint a scene quite like Henry. Throughout Reverie he focuses on the small, evocative pieces of life that unobservant eyes tend to miss, whether it’s the Henry Fonda movie that plays on the side of a bank in “Heaven’s Escape,” a stranger’s shoe that props open the door to a back alley in “Grand Street,” a woman singing on a street corner in “The World & All I Know” or a coin that drops into a jukebox in “Strung.” Large portions of the album tend to be abstract and non-linear, but Henry includes enough of these types of vivid details to hold the listener’s attention and give his stories a sense of time and place.

A strong fatalistic streak runs through most of the album, the devotional nature of love songs like “Eyes Out for You” and “Unspeakable” excepted. Life is violent and unfolds in dim corners in Reverie: “Deathbed Version” is a lonely song that references romanticized outlaw Billy the Kid, while “Room at Arles” pictures dead musician Vic Chesnutt in a tree with crows. “Every song I’ve ever sung/ Has been a song for going,” Henry imagines Chesnutt saying, a devastating moment that in two short lines captures the essence of Chesnutt’s music. The rest of the album is littered with similarly dark imagery: clouds crack and spill in “Odetta,” flowers are trampled in “Tomorrow Is October” and the ghosts of the drowned haunt river song “Dark Tears.”

Reverie moves at a very deliberate pace, sometimes to its detriment. It also sometimes tends to sound a bit uniform and repetitive; certain moments that threaten to explode – particularly “Sticks & Stones” and “Strung” – never quite do, instead falling back to the comfortable middle ground most songs occupy. But it’s worth the listener’s careful attention and overall compares favorably to the highly praised Blood from Stars. If ever there was an album to listen to without distractions or interruptions, it’s this one.