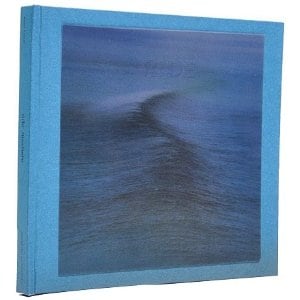 The quintessential first runner-up, Nowhere seems likely to be forever relegated to nipping at the heels of Loveless whenever shoegaze’s defining albums are discussed. Over the years, the shadow cast by My Bloody Valentine’s magnum opus has only grown larger – helped along by rumors of reunions and then mostly disappointing actual reunions – dwarfing every other album from that short-lived period that followed in its wake. Though it hasn’t exactly been forgotten, Ride’s debut full length typically plays second fiddle to that Bloody behemoth, casually and somewhat carelessly lumped into a very stereotypical definition of shoegaze.

Rhino’s stellar 2011 reissue of Nowhere – which offers a dramatic sonic improvement over both the original 1990 Sire release and the 2001 Ignition Records version – affords listeners an opportunity to reappraise just how the album fit, and more often didn’t fit, into the British music scene of the early 1990s. As such, the album now defies simple categorization and feels like shoegaze by association and geography only. While Ride enlisted MBV producer Marc Waterman and had the same impeccable set of musical influences from which shoegaze drew, what Ride captured on Nowhere at times sounds more like a departure from shoegaze than an emulation. This isn’t to say that the band never fit this mold; they did, especially in the droning guitars and feedback of “Seagull,” “Dreams Burn Down” and “Paralysed,” and even more so in their early live shows, captured perfectly on the reissue via a blisteringly loud 1991 performance from the Roxy in Los Angeles.

Still, what’s most striking about the album now is how it eclipses the genre’s limitations. In its strictest definition, shoegaze tended to be unwelcoming and detached, almost scientific and clinical in how its songs were built layer upon layer; Loveless, to this day, is not especially warm or entirely approachable. Shoegaze bands demanded attention from the listener while remaining coolly aloof. The records sometimes sound like pieces meant for study more than anything else. Likewise, these bands frequently didn’t elicit much from an audience in their distortion-soaked concerts other than tinnitus.

Ride was different. With Nowhere, the band’s four musicians – Andy Bell, Mark Gardener, Laurence “Loz” Colbert and Steve Queralt – emphasized melody and vocals over shoegaze’s penchant for abrasive amounts of noise and inconsequential vocals. The way the guitars, bass and drums interact is still mesmerizing, creating a unified sound even as each instrument remains distinctly audible. It’s this subtlety on tracks like “Kaleidoscope,” “In a Different Place” and “Decay” that largely made Ride unique in the early 1990s: guitars jangle, Bell’s and Gardener’s dual vocals slowly unfold just slightly above the mix, the pace of songs speeds up and slows down to suit both their arrangements and vocals. The almost-unremittingly repetitive pattern that some shoegaze bands locked into never surfaces on Nowhere. In Ride’s finest moments – such as the languid vocals in the slowly burning “In a Different Place” or the rising strings that close the album on “Vapour Trail” – they achieved a style that surpassed the constraints of the scene with which they were associated.

Ride’s lyrics have sometimes been slighted as irrelevant or overly druggy, but on Nowhere they shouldn’t be so quickly dismissed. The album is thematically focused, establishing strong tension between images of love with those of endings, the passage of time and mortality. In this way, the idylls of “In a Different Place” and the optimism that creeps into the ending of “Seagull” eventually give way to far darker tones. There is a strongly fatalistic streak to songs like “Dreams Burn Down,” “Decay” and “Vapour Trail,” particularly in lines like, “We fill up the gaps in our empty little lives/ But we know that we are doomed” and “First you look so strong/ Then you fade away.”

It’s a stretch to say that had Nowhere been released a few years earlier and across the continent, Ride would be compared to Sonic Youth, Hüsker Dü or Dinosaur Jr., but, in many ways, the band’s masterful debut bears more than just a passing resemblance to those bands’ works. Though the quartet’s later albums never matched Nowhere and Ride pretty much flamed out – with Bell’s talents later wasted in Oasis – they left behind three solid EPs and one brilliant album that, though commonly cited as a pure example of shoegaze, belongs in a category of its own.