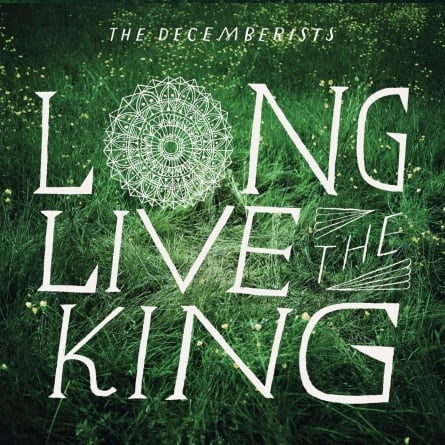 Long Live the King, the new collection of outtakes and B-sides from Portland indie-rockers The Decemberists, consists of a series of songs as emotionally resonant, sonically interesting and artistically vital as the band’s most beloved work. Even purportedly second-tier material from Colin Meloy and company is worth every minute of listening time.

The material on Long Live the King was pulled from the same sessions that produced The King is Dead, the band’s much acclaimed LP from earlier this year. Indeed, this EP serves as a fitting companion piece to that longer record. The band’s attempt to strip down its sound and return to modest storytelling after the prog ambition of 2009’s The Hazards of Love is evident from the first moments of opening track “E. Watson,” a harrowing Civil War ballad with an ultra-sparse texture. Meloy’s lead vocal is accompanied only by acoustic guitar and background vocals provided by Laura Veirs and Annalisa Tornfelt. The close-knit harmonies are reminiscent of the gorgeous “June Hymn” from The King is Dead. “E. Watson” establishes the record’s overall demo-like sound. We can imagine Meloy sitting around a campfire, spinning this intense tale of loss with his raw, unaffected vocal style.

“Foregone,” the EP’s second track, is a delightful country-inflected ballad that prominently features the pedal steel guitar and Fender Rhodes (courtesy of keyboard stalwart Jenny Conlee). The standout song, though, is “Burying Davy,” the most ambitious on the EP. The track begins with a simple acoustic guitar joined quickly by unassuming, hollow electric guitars. The song gradually builds to a thicker, louder sound featuring distinct layers of guitar and keyboard. There’s lots of space on this track wherein the listener can take in the instrumental texture sans Meloy’s vocal. The rich, dark sounds are matched by a set of death-infused lyrics (“Mother wept no tears/ At burying Davy“).

The next song, “I4U & U4ME,” is a true home demo. The country-shuffle groove leads to a jaunty tone that stands in contrast to the despondent “Burying Davy.” Meloy’s off-the-cuff vocal invokes Neil Young on Tonight’s the Night. Even though the song sounds far from “finished,” the emotional intensity of Meloy’s performance is enough to keep the listener engaged. If the record takes a wrong turn, though, it’s probably with the cover of the Grateful Dead’s “Row Jimmy.” The overly long track features a swampy slide guitar. However, when Colin Meloy’s voice cracks a bit with laughter near the end, we realize we shouldn’t take the song too seriously. The record ends with “Sonnet,” which features a New Orleans-style horn section. The whole track has a lilting, drunken feel. The playful spirit is reminiscent of Bob Dylan’s “Rainy Day Women No. 12 and 35.” As the final song fades out, we are reminded that, despite the Decemberists’ fondness for tackling heavy themes and including obscure literary allusions in their lyrics, they connect with audiences because of their desire to have as much fun as possible making music.

Long Live the King proves that the Decemberists, above all, are exceptional storytellers. Their mythological references and rock opera ambitions would mean nothing if not for their ability to write tuneful, skillfully constructed songs. The penchant for building engaging narratives shown on the EP is a harbinger of electrifying musical adventures ahead for Colin Meloy and his fellow Decemberists.