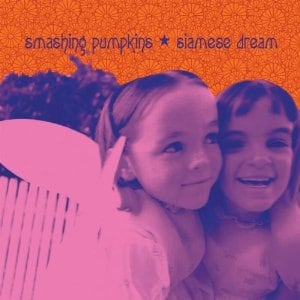 If the post-nostalgia age has given us one worthwhile thing, it’s making the three sweetest words in the modern music lexicon “Deluxe Remastered Edition.” Once thought to be a quick cash-in marketing tactic to milk diehard fans and curious audiophiles, 2009’s fabulous resurrections of Pearl Jam’s Ten and Beastie Boys’ Check Your Head proved the proper polish can awaken infinite new pleasures from even our most beloved replayed albums. This trend continues through 2011 with essential re-releases from Nirvana, Archers of Loaf and the first two albums from the Smashing Pumpkins. Frontman Billy Corgan, who notoriously has never been satisfied with these albums’ previous releases, was given complete control over these editions and their lovingly meticulous assembly shows. With the entire Pumpkins catalog expected to be resurrected over the course of the coming year, these editions of Gish and Siamese Dream are quite the promising beginning.

In the pre-Napster days when demos and early live recordings weren’t a mere mouse click away, all we had to gauge our favorite new band’s early years was their first released material. As many of us had our first exposure to the group through MTV’s Buzz Bin “Today” clip in 1993, we shared that puzzling moment in eventually discovering the group’s debut Gish. Produced by Butch Vig in between his work on grunge band the Fluid’s Stop the Loon and Nirvana’s Nevermind, it’s surprising that the first the world heard of the Smashing Pumpkins was this high energy, subtly psychedelic album. Sounding almost like an overtly cynical Jesus Jones, Corgan spends most of Gish confronting religious imagery while soaring guitars and fast-paced drums support his bridge to Asgard. Many longtime Pumpkins fans disown this early incarnation, but these elements aren’t necessarily a bad thing. Songs like the opener “I Am One,” “Rhinoceros” and “Bury Me” show what the band is capable of within these different aims. Hearing Gish with this stellar remastering job 20 years later also allows the sixth track “Suffer,” with its sinister drums and brooding guitar, to stand out as the genesis of where the band really discovered their sound. Benefitting most from this clean-up job has to be the album’s closer “Day Dream,” whose vocals and delicate strings now sound nothing short of Heavenly.

In much more familiar territory, we have Siamese Dream. While its follow-up Mellon Collie and the Infinite Sadness is considered by many to be their masterpiece, revisiting Siamese Dream with such a pristine refurbishing takes it out of its younger sibling’s shadow and returns it rightfully to consideration among the best albums of its time. Fully exploring the disillusionment and sarcasm Gish merely hinted at, here we have the Pumpkins giving us a much stronger, much darker take on Generation X. Jimmy Chamberlin’s performance benefits most from the remaster, showcasing how both his more minimalist work and driving thump thrived as the cornerstone for the band to adorn. Vig and Corgan’s production finds the perfect balance of buzzing woeful guitars and sparse melodic beauty, making the few truly pretty moments sound well earned. While one might find the greatest strength and pratfall of iconic songs like “Cherub Rock” and “Rocket” in how intertwined they are with our memories, Siamese Dream doesn’t sound dated so much as it defines its era by making a work of dejected aggression truly timeless.

With Corgan at the helm, the bonus material is absolutely stacked. While there is the expected supplemental affair like Siamese Dream’s highly bootlegged import-only bonus track “Pissant,” the demos, alternate takes, alternate mixes and even instrumental tracks give a look into the sonic depth of both albums that fans have never really had access too. Corgan knows his audience well, and his selections for these second discs fulfill many curiosities and serve as invaluable time capsules for the beginning of one of the most beloved bands of the ’90s.