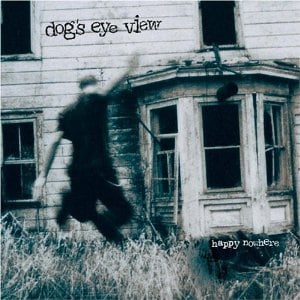 I haven’t listened to Happy Nowhere all the way through in many years, but whenever a song from that album comes up on my iPod, I never skip over it. Sure the instrumentals are beyond hopelessly dated – born of the same mid-1990s folkie alt-rock that gave us Counting Crows’ August and Everything After and the Wallflowers’ Bringing Down the Horse – but Peter Stuart’s writing is often fucking brilliant. The lyrics on Happy Nowhere are cynical, pessimistic and instantly quotable; look past the stale music, and you’ll find some of the best lines a major label act from that decade could muster.

In 1996 a college friend broke up with a – let’s just say, adventurous – girl by saying that she’d fuck herself for money (see “Bulletproof and Bleeding”). You know a lyric’s good when it can be used in daily life, however cruelly. – Eric Dennis 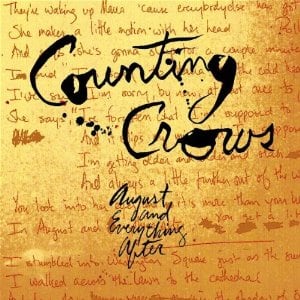 Counting Crows- August and Everything After (1993)

Maybe because it’s tied to those carefree days in high school, a time when I stayed up til dawn with my friends and drove around simply because we could, that I still find myself returning to August and Everything After by Counting Crows. When “Mr. Jones” dominated the radio waves in 1993 with Adam Duritz’s melodramatic warble, I was still a music neophyte. Astral Weeks remained undiscovered and the jangle of “Round Here” and “Omaha” sounded similar to R.E.M., another major force in my musical upbringing.

It seemed Counting Crows remained on top for only a brief time, enough to cement {August} as an important record for me. Shitty live shows and poor subsequent albums destroyed much of the band’s credibility. However, I still find myself returning to this record. Maybe it’s a reminder of a time less complicated but songs such as “Rain King” and “Sullivan Street” are still stirring. Although I cannot get behind Duritz’s lyrics (“I felt so symbolic yesterday” and “Every time she sneezes I believe it’s love” are particularly cringe-worthy), August and Everything After is the sound of a band going for emotional broke. And nearly 20 years later, it still works. – David Harris 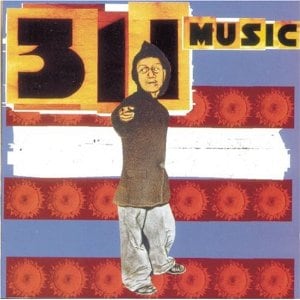 Somehow – and I don’t remember how – I had the vague notion that 311 was a Krishna band. Please know: a) this is not the case, b) I didn’t know my ass from my elbow at the time and c) even if it were true, Shelter would’ve been a way cooler choice. But… this is why we go to college, which happens to be the place I picked up this odd favorite. So yes, 311 is a generally spiritual band with messages of progressive oneness (they refer to God as “She”!) and non-descript political unrest (“My bros are down for the unity!/ 311 is down for the unity!/ Unanimity of the unity!”). Their lyrics might not have always been brilliant, but the way Nick Hexum and S.A. Martinez ripped verbal cadences against melodic bridge breaks made for a pretty interesting tough/gentle musical aesthetic – or at least it did when I was a freshman circa 1994.

Ska’s not so trendy anymore (phew!), and as that sound was flushed away so too was the popular appeal of 311’s reggae/hip-hop/rock/funk metal mish-mash, though the band has recorded albums up through the present. 1993’s Music though? It’s that mish-mash at its absolute best, from the hardcore fist-pump exhortations of “Unity” to the feel-good calypso riffs of “Do You Right.” I couldn’t get rid of their later releases fast enough, but the real shame was that I ever considered letting this one go. – Stacey Pavlick 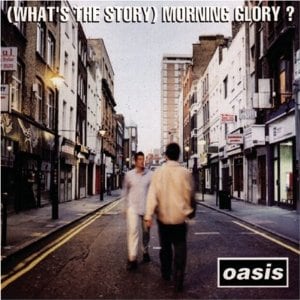 Oasis is a joke. It pains me to say it, but the princes of Britpop had long outlasted their moment of relevance even before the Gallagher brothers laid the band to a fitful, lawsuit-filled rest. The endless bickering and increasingly formulaic songwriting became more apparent, their rude boy image grew tiresome as the brothers pushed 40 and after embracing the rock star life they had always dreamed of, they became the faded shadows of what they once were, just like their heroes.

But none of that changes a simple fact: their sophomore album (What’s the Story) Morning Glory? is an amazing piece of music. Unlike many Britpop releases, it’s only improved with time, with what was once derided as theft being more understood as homage. More importantly, it’s the album where Noel Gallagher’s songwriting took a turn from hard rock to the soaring anthems that still define his work. It marks a sudden, brief moment when a band’s talent actually matched the hype, when they could back up their bluster with an unbroken stream of near-perfect pop songs. Even now, no matter how it’s been watered down and laughed at, listening to “Wonderwall” brings me back to that moment. – Nathan Kamal 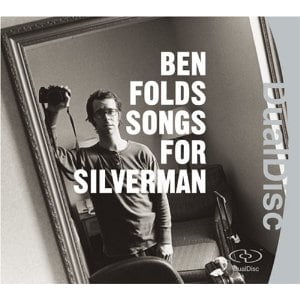 It’s kind of uncool to like Ben Folds these days. Sure, there are plenty of apologists for that debut, self-titled Ben Folds Five record. There’s enough unbridled authenticity and raw emotion on tracks like “Philosophy” and “Underground” to mildly impress even the hippest of the hipsters. By the time Folds got to 2005’s Songs for Silverman, though, the singer-songwriter was perceived by many as a bit too precious. And yet, I still stand by every piano-driven, irony-infused second of this collection. OK, maybe “Jesusland” is a bit too preachy and “Gracie” has too much of that look-at-my-daughter’s-cute-photos-whether-you-want-to-or-not vibe. But, who can deny the simple beauty of the pedal steel on “Give Judy My Notice,” the infectiousness of the melody on “Time” or the pop song craft on “Landed”? It’s not Abbey Road or Kid A, but it’s still a perfectly pleasant way to spend an hour. – Jacob Adams 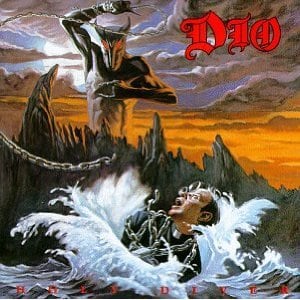 Dio’s brand of epic metal, complete with fairy tale lyrics and ludicrous stage productions of Spinal Tap proportions, wasn’t even that fashionable when it came out, much less when I discovered it in 2005. I’ve since outgrown most metal, but this hulking slab of cheese (not even the silliest thing this band recorded by a long shot) still makes me grin like a goof even as I struggle in vain not to start headbanging in the library. It’s the perfect music for slaying dragons, even if you’re rolling 20-sided dice to do it. – Jake Cole 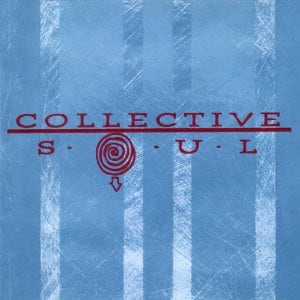 Before I’d developed any form of musical taste, I fed on a steady diet of Collective Soul. And no album better embodied the choir boys with an electric guitars sound I so craved than their 1995 eponymous sophomore effort (not to be confused with a 2009 release, also self-titled). I always stop searching through radio stations when I land on any of the tracks from this album, one that still holds a place embarrassingly close to my heart. Give me Ed Roland’s obvious Eddie Vedder impersonation set to that sleek electric guitar riffs any day, and I won’t even mind how sickeningly upbeat and grandiose the lyrics may be. Collective Soul is my time machine. Hearing songs like “Gel” and its ilk instantly transports me back to an age when I wore too much. – Josh Goller 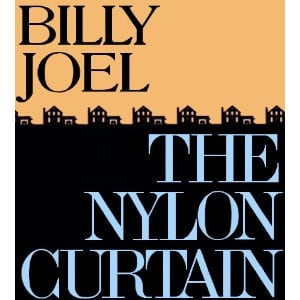 Even though I once would have quickly named Billy Joel as my favorite music artist, I’ve grown to understand and accept that the piano man is the pure definition of “uncool” in the realm of rock ‘n’ roll. He’s regularly mocked and any praise sent his way by rock critics is typically couched in either irony or defensiveness. But, dammit, the records are still good, especially since Joel was more stylistically adventurous than he’s usually given credit for, building out his individual releases with sharply drawn, distinctive personalities. After the deliberate bombast of Glass Houses (1980), a major hit that was especially poorly received at the time, Joel tightened up his sound on his next studio album, leaning heavily on his Lennon-McCartney influence but filtering it through the synthesized, tuneful edginess that typified the New Wave music that was just starting to burn itself out. Released in the fall of 1982, The Nylon Curtain was pummeled by the tension of the modern world, manifested most clearly in the Top 20 single “Pressure,” but also apparent in the languid animosity of “Laura” and the spectral “Surprises.” It may not be groundbreaking or the sort of album that redefines a career (or even redirects perceptions of that career), but it still sounds great almost 30 years later. – Dan Seeger 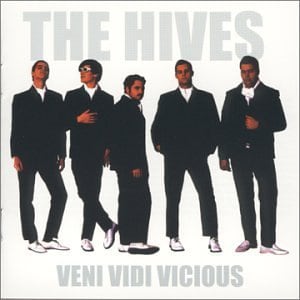 In terms of things once critically praised that have since become widely discarded, one might consider the country of Sweden as a whole. From Ace of Base to IKEA, the land of meatballs might as well package their exports with an expiration date. Still, they make a quality product that, when revisited, will get you exactly where you want to go. Case in point, the Hives’ Veni Vidi Vicious. During the rock revival that gave us the White Stripes, the Strokes and the Vines, the Hives stood out as the only outfit capable of cracking a smile. At a time when rock was all ripped jeans and bedhead, the Hives were polished and refined with an album out 18 months before catching on and sweeping the nation via having “Hate to Say I Told You So” on the Spider-Man soundtrack. Twenty-eight minutes of fast-paced unpretentious Swedish action, Veni Vidi Vicious remains a truly timeless good time. – Chaz Kangas 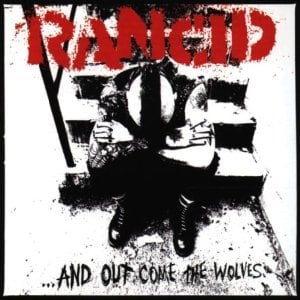 Looking back on the nu-metal littered wasteland that was my teenage bedroom wall, with its goateed rockers and blacklight Korn posters, the only group that doesn’t inspire complete revulsion is Rancid, a band whose 1995 album …And Out Come the Wolves I can still enjoy as something beyond icky nostalgia. It’s hopelessly silly, but something about the band’s mix of raspy voices, ska beats and rockabilly guitar solos keeps me clinging to their CD, long after its brothers have met the trash heap. – Jesse Cataldo