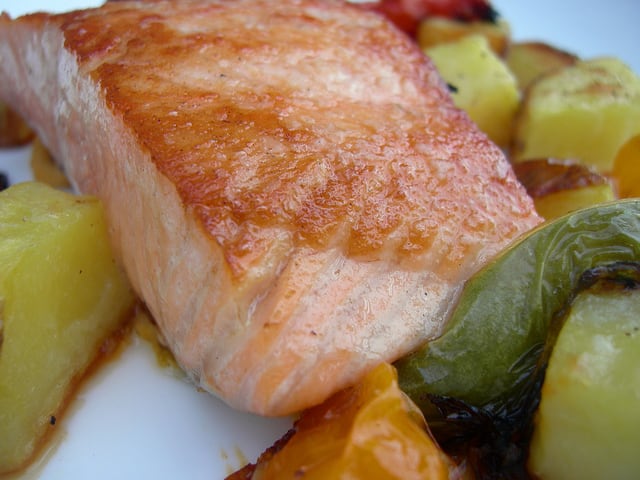 On a recent Saturday night, in celebration of our upcoming five-year wedding anniversary, my wife Aimee and I came to be at the Jebediah Hawkins Inn in Jamesport on the North Fork of Long Island. Our seats were in the main dining room of the Inn that has been painstaking restored by Chef Keith Luce, who purchased the Inn in 2010. Lined with linen wall coverings, and eschewing white tablecloth for woven, earth toned placemats, the room had an immediately calming effect. It was much needed, as just getting out of the house required an extra half-hour wait for our babysitter to arrive, and a good deal of time was spent having an adult discussion (argument) over whether we should even be going out in the first place. Within five minutes of sitting down all of the tension subsided. The main dining room, lined with murals of farm vistas and filled with the strains of the Buena Vista Social Club, could double as bucolic meditation room, American Zen Gothic if you will.

The menu at Luce and Hawkins changes as the market does, and illustrates the strange dichotomy of offerings available from Luce’s kitchen that alternate from new American to Asian. Luce, a former White House sous-chef who has plied his trade to considerable acclaim in San Francisco, Chicago and Seattle, recently brought aboard Japanese chef Minoru Suzuki to add an antipodal influence to the menu. The story of Chef Suzuki, who arrived in New York the day after March’s tsunami rattled his homeland, is so dramatic it warrants a separate, full length article. His influence on the menu is such that it almost deserves the same. An appetizer of seared duck breast came first, ingeniously brightened by a halved orange, hidden underneath a pile of paper thin, julienned vegetables and touched with a trace of spice. It was halfway through the dish before I discovered where the citrus grace notes were coming from. Japanese inspired deviled eggs came next. The yolks whipped to a creamy peak, and touched with black sesame were a mind blowing take on American culinary kitsch.

The entrée of monkfish with ramps was so elegant in design and so flawlessly executed that it spent roughly two minutes and 38 seconds on the plate before it vanished. Slight exaggerations aside, the gusto with which I attacked the dish did not go unnoticed. “You obviously didn’t like that” was the sarcastic quip from our server. Foie gras, ever the high end chef’s muse, came out smartly paired with sourdough cake and pickled rhubarb. It was as it should be, the melting fattiness of the foie dovetailing nicely with the crumbly cake. An entrée of pork belly and shrimp, dusted with spices, came with crepes and lettuce to wrap them in, and touched on France, America and Japan. The simplicity with which the dish played off those various traditions was why the dish melded so successfully. Ultimately, this is still the house that Luce built though and it’s a tribute to him that the kitchen is able to straddle continents so seamlessly.