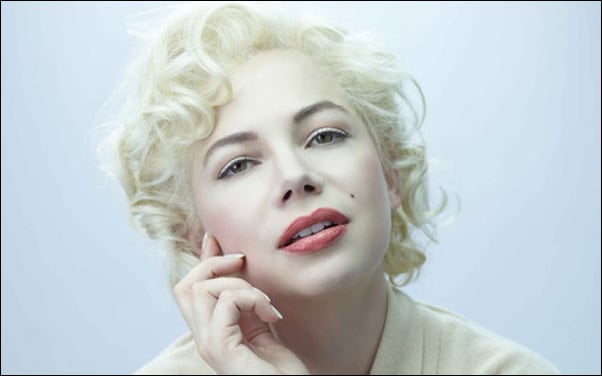 Brad Pitt in Tree of Life and Moneyball

Brad Pitt has done plenty to chip away at his pretty boy image in the past, but the actor truly shines in two career-defining roles this year. Released in the spring, The Tree of Life allows Pitt to not only work with legendary director Terrence Malick, but get a chance to really show off his acting chops. Starring as Mr. O’Brien, Pitt plays the crew-cut-sporting father of the film’s protagonist. A staunch disciplinarian, O’Brien represents the stern God of the Old Testament, as well as that paternalistic figure in every family that firmly steers the kids into behaving properly. Some people see O’Brien as a tyrant, but they are missing the point. Pitt plays him as the master of the house, a molder of men, the balance to Jessica Chastain’s silky motherly love. In a film full of unforgettable images, Pitt still manages to make his mark. 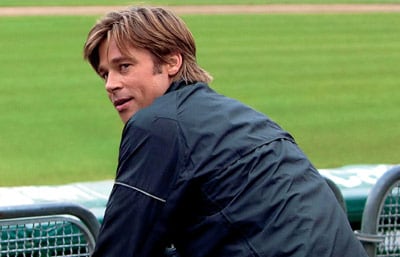 In Moneyball, Bennett Miller’s adaptation of Michael Lewis’ book about the Oakland A’s, Pitt plays real life GM Billy Beane. Although this character allows Pitt to show off his good looks, he plays Beane as an introvert who runs the perennial underdog A’s, haunted by the bad decisions that derailed his own professional baseball career. Unlike his O’Brien character, Pitt’s Beane is still recovering from a failed marriage and puts all of his energy into a team that loses its biggest stars to the money-rich New York Yankees. Then he comes up with a formula that proves you don’t need stars to win games. Pitt gives a vulnerable performance, the opposite of his stern Mr. O’Brien. With these two exceptional pictures, Pitt proves again that he is a first class actor, one of nuance and depth, brave in his choices. – David Harris 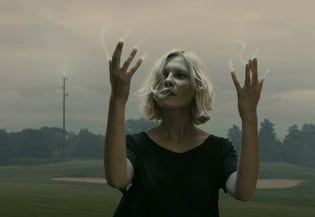 Having given several stunning performances as a child, Kirsten Dunst subsequently did abysmal work in almost everything past the turn of the millennium. With Melancholia, Dunst comes roaring back. Her Justine is a piercingly accurate portrait of depression in all its slothful interiority, running counter to the hyperactive depiction the condition normally gets on-screen. She projects such crippling, incurable anguish that the void generates gravity powerful enough to draw a planet to a collision course with Earth. In the director’s previous film, Antichrist, Charlotte Gainsbourg gave an initially believable performance as a woman wracked with grief and depression before going off the rails. Dunst, however, never loses the thread, and her slowly ossifying Justine is deeply, uncomfortably felt.

Von Trier loves to punish his actresses into impassioned performances, but what makes Dunst so overpowering is her quiet immobility. As the world ends, all she does it sit back with an eerie calm, and at times one can almost catch a slight approval of this turn of events pass over her face. I’ve always found von Trier’s films to vastly outreach their grasp, yet Dunst’s perfectly endothermic performance grounds his most ostentatious work yet, and it is because of her that Melancholia emerges the director’s masterpiece. – Jake Cole 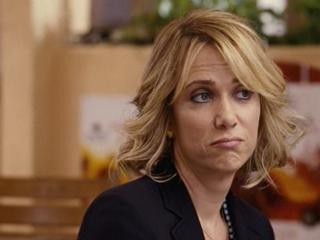 Actors spend so much time crafting the masks they wear, but what’s most astonishing is when they let us see what’s underneath. Maybe it’s because Bridesmaids takes place in my own hometown of Milwaukee (where it was also shot), but the film seems realistically familiar to me. That breath of fresh air many of us experienced while watching it was the realization that we were seeing something Hollywood normally conceals from view, as though taboo: actual, realistic women in their 30s, who look and behave like people in the real world. Because of this cognitive dissonance, Bridesmaids feels at times like an zoographic documentary, as if some once-exotic creatures were captured on film for the first time in their natural habitat, and that dissonance was amplified for me, having been raised predominantly around women, because I now saw in a Hollywood movie the types of women I’ve seen my whole life, the acknowledgement of a communal secret.

Bridesmaids’ achievement hinges on the natural, graceful performance of Kristen Wiig (also co-writer), who disproves two myths Hollywood has sold us: that being funny makes women unattractive and that no one is interested in what women are really like. With her quotidian vulnerability, Wiig is undeniably sexier than most of the women–mere holograms–we’re invited to ogle. In her SNL performances, Wiig presents herself at her most unglamorous, but in Bridesmaids, she curiously seems even less guarded. Instantly, it now seems imaginable to consider a future in which a film like Bridesmaids and something like, say, an Éric Rohmer film might one day converge, and Wiig would be the perfect actress to hold that project together. – Trevor Link 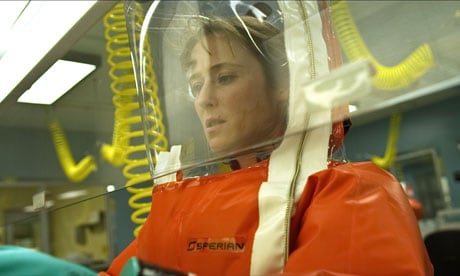 The very nature of the film made it tough for actors to make an impact in Steven Soderbergh’s Contagion. An artier version of a 1970s disaster movie but with a global pandemic in place of a burning skyscraper or an upended ocean liner, the film juggles so many characters that no one benefits from a surplus of screentime. That’s compounded by Soderbergh’s focus on the procedural aspects of the story. Some actors compensate by pushing too hard (Jude Law) and some draw back so drastically that they almost get lost in the whirring mechanics of it all (Matt Damon, Laurence Fishburne). Jennifer Ehle, on the other hand, finds the ideal balance between the two. Even though her role is comparatively small, she develops a wholly memorable performance.

Ehle plays Dr. Ally Hextall, an epidemiologist with the Centers for Disease Control and Prevention charged with finding a way to battle a deadly virus sweeping across the planet. She is a woman under a tremendous amount of pressure, but who faces it with the precise sort of unflappable pragmatism that is undoubtedly a requirement for that sort of job. Ehle narrows in on the quiet oddness of the character, a plain-faced certainty in the science she brings to her task. It’s easy to conceive of the character’s broader life, marked by a vigilance of study with a constant readiness to turn theory into action. When she looks into a high security cold storage room where the disease she’s bested now resides alongside the likes of smallpox and the Ebola virus, Ehle opts for an expression that suggests a wry admiration for these devastating infectious agents. By then, the actress has developed the character so thoroughly that this seemingly unexpected note is the only reaction that truly makes sense. – Dan Seeger

Abbas Kiarostami’s Certified Copy is so subtle in its narrative arc and so deeply complex in themes of love, art and literature that no matter how much you read into it and try to grasp onto something inherently truthful, all that remains is a greater sense of the ephemeral. At the heart of that transient power is Juliette Binoche as the plainly-described “She.” We don’t know much about “She,” or the man/author (who may or may not be her husband) who she leads around Italy; and it’s with that lack of character description that Binoche’s performance becomes all the more astounding. Through nuanced expressions conveying thought, heartbreak and wisdom, she slowly builds a character from the ground up without ever fully letting us in. Among so many other things, Certified Copy is an essay on perception and perspective. Binoche, as beautiful as ever on screen, understands that for the film’s philosophical underpinnings to succeed, “She” must be an inchoate being. In many ways, she’s a contradiction; the details of her life unknowable but the effects of that life hinted at with every facial tic and every whip-smart line delivery. The true beauty of this performance is that, despite all the pain hinted at, Binoche injects “She” with all sorts of life, desire and love; it’s one of the most humble, nuanced and humanistic portraits of the year. – Kyle Fowle