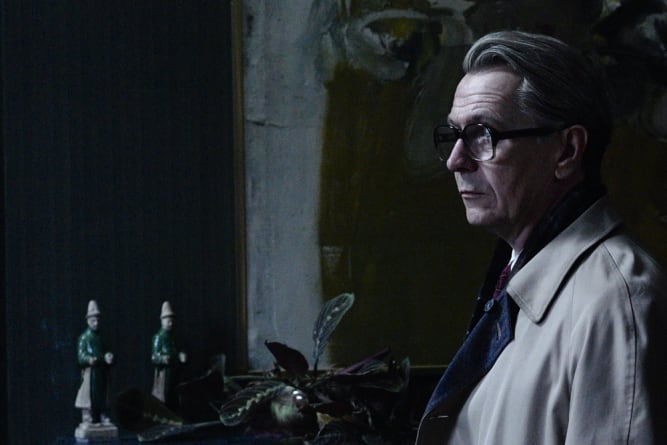 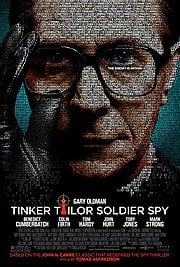 Swedish director Tomas Alfredson must feel at home in the past. When we last heard from the filmmaker, he was adapting John Ajvide Lindqvist’s vampire tale Let the Right One In, setting his juvenile bloodsuckers against the stark Swedish winter in the early ’80s. His latest movie, an adaptation of John le Carré’s classic spy novel Tinker Tailor Soldier Spy may take place a decade earlier, but it is equally monochromatic.

Much like the scrubbed-down Blackeberg streets of Let the Right One In, Tinker Tailor Soldier Spy exists in poorly lit industrial buildings, snowy alleyways and characterless London apartments. These muted palettes have become the signature of the director, who allows the scheme to bleed into the excitement of le Carré’s story about the British Secret Intelligence Service during the Cold War.

Inherently a tale of intrigue, Alfredson may have created one of the most introverted spy thrillers ever filmed. Set in London, circa 1973, le Carré’s story is less a whodunit than an examination of the paranoia, distrust and corruption that has eaten away at England’s most secret spy organization during the Cold War. It is a milieu of defections and backstabbing, highlighted by the fact that London’s own SIS may pose as big of a threat to the public welfare as the KGB.

Tinker Tailor Soldier Spy is both intricate and plodding. There is a lot going on under the surface, but Alfredson draws a facade that is both implacable and somewhat opaque. Voices are rarely raised, guns are almost never fired. When a key character is murdered near the end of the film, it is a moment of strange beauty rather than explosive action. Instead, Alfredson draws heavily upon the dread factor, similar to the pallor of terror that hangs over his previous movie. But while he lets the red spray flow in Let the Right One In, the wounds in Tinker Tailor Soldier Spy exist deeper inside, his characters putrefying in their fear and dishonesty.

Gary Oldman plays George Smiley, stunted almost emotionless by a philandering wife and the job of smelling out a mole in his agency. For an actor known for ham-fisted performances, Oldman plays Smiley as damaged to the point of resignation. As the film begins, Smiley is forced into retirement and Alfredson spends a good amount of celluloid showing his pathetic post-retirement regime of swimming in a sad public pool and frittering away the time alone. But Smiley is brought out of retirement in order to find the mole that has infiltrated the SIS. As we follow Smiley on the twisty path to the mole’s identity, Alfredson does little to help us. Instead, he throws us into the bowels of the Cold War without an interpretive guide and forces us to find our way out.

Even though all will make sense by the time the film ends, Tinker Tailor Soldier Spy is not a fun spy movie in the vein of James Bond. Instead, it may be the first “spy art film.” It is demanding and intricate and viewers easily bored may have trouble getting lost in Smiley’s world of subtle intrigue. With a fine supporting cast featuring John Hurt, Colin Firth, Toby Jones, Ciarán Hinds and Benedict Cumberpatch, Tinker Tailor Soldier Spy has an impeccable pedigree. Yet there is something almost lifeless about it, an undead movie a la Let the Right One In.

As the film draws to a close, its message still rings true today. There are no good guys or bad guys in politics, despite what the media wants you to believe. Instead, the world is a place with no dynamic colors whatsoever. It’s all different shades of gray, much like the sickly world Alfredson has created in Tinker Tailor Soldier Spy.