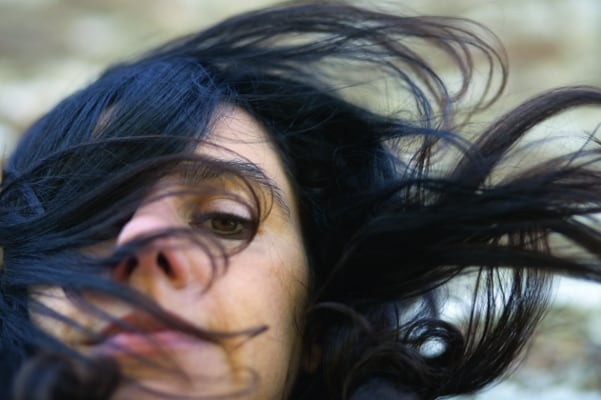 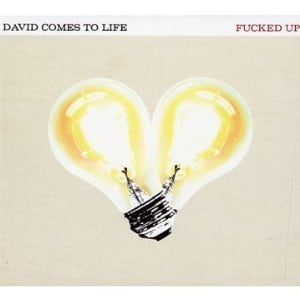 The most ambitious band to vaguely fit under the description of “hardcore punk” since Refused dissolved, Toronto sextet Fucked Up have outdone themselves with this year’s David Comes to Life. A rock opera is precisely the sort of thing punks set out to kill, but David Comes to Life never wants for pure energy in its 78 minutes. Damian Abraham’s ravaged roar, tuneless yet inexplicably melodic, reflects the band’s sound as a whole. Buzzing guitars constantly find their way to pop hooks without sacrificing aggression, and the densely layered squall never results in aural incoherence.

Lyrically, the album is a whole other story. Featuring conflicting, unreliable voices petulantly squabbling over the plot’s direction, the album requires a novella of notes just to sort out what’s happening at any given time. Nevertheless, the emotions of death, destruction of self and others, ill-fated love and hope could not be clearer amid the endlessly overdubbed guitars. David Comes to Life eventually loses all shred of narrative cohesion, but by then it’s grown into such a vast, tactile statement that such trifles hardly matter. More mainstream punk acts have made forays into epic rock, but Fucked Up manages to not only make a bigger work than them all but retain all their punk cred in the process. This group somehow keeps finding ways to top themselves. – Jake Cole 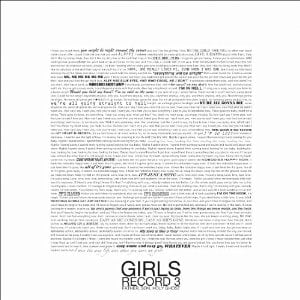 Girls’ 2009 debut, Album, and 2010 EP relied on a somewhat joyful immediacy while toying with all manner of youthful emotions, vocalist Christopher Owens lending each song his nasal, beat-down, scruffy presence and challenging personal history (he grew up as part of a cult he eventually left). Father, Son, Holy Ghost is arguably their best album yet — the songs touch on a diverse array of textures (everything from surf-rock shuffle to gospel-tinged folk to bouncy pop nuggets) and Owens stretches his chops more than anyone familiar with Album could possibly expect, mellowing out his vocal sneer for all but the album’s most raucous tracks. These recordings sound utterly fantastic and his gentle murmurs match that lovely warmth, revealing deep wells of feeling in his often simple phrasing.

But Father, Son, Holy Ghost also explores the same fraught emotional territory as Album while attacking those moments of the distraught and lonely from entirely new angles. “Honey Bunny” channels Buddy Holly with yips and springy guitar as Owens lays on the boyish and contagious optimism; “Die” finds Girls acknowledging, “We’re all going to die,” as the band kicks into some runaway metal; “Vomit” repeats a morose verse and explosive outbursts while ebbing between the two, honing in on a deeply felt alienation as Owens sings, “Come in to my heart,” over and over. He does a lot of repeating a few choice words throughout, but has a knack for deeply affecting lyrics that convey everything essential without overcomplicating things. So it’s difficult not to feel drawn in by the sheer emotional weight of these songs, even when they seem to not say much at all. Like both albums before it, that’s what gives Father, Son, Holy Ghost such ongoing allure. – Michael Merline 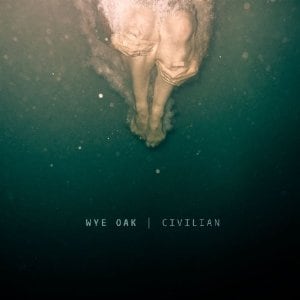 Wye Oak got a lotta heart. The scrappy Baltimore duo (guitarist/vocalist Jenn Wasner, drummer/keyboardist Andy Stack) injects a measure of earnestness into everything they do, whether it’s a Kinks cover for an A.V. Club video series, a tour stop with subpar attendance or, in this case, their third LP, the wheeling and momentous Civilian. In broad musical strokes (mainly of slamming guitar and cymbal splashes) as well as intricate arrangements displaying mature technical prowess, Stack and Wasner’s obvious care allows them to accomplish more with what is at bottom a minimalist sound. Identifiable in haunting, inventive riffs, counterintuitive melodies and clearly audible commitment from both members of the band, a strong core centers them.

It’s a heart that beats in the metronome tick of “Two Small Deaths,” advancing “forwards, always onwards,” counting down the time to “when my last friend should leave me.” Teased out infinitesimally in gentle key scales, the song’s cramped determinism transforms into open, vaulted space on follow-up “The Alter” and both preclude the galloping doom of title track “Civilian.” Vague and plaintive wails people the background on hallowed riverine fable “Fish” (featuring more metronymic percussion in its latter half). The blunt rhythmic thunderclaps in the last fifty seconds of “We Were Wealth” stand in stark contrast to the oblique rays that finish preceding track “Hot as Day.” Stack’s catchy keyboard phrasing on the latter, and Wasner’s harrowing vocal presence on the former as well as unguarded album closer “Doubt” are sufficient to demonstrate the many ideas and convictions packed tight into the album’s 10 tracks. And in a year of truly amazing output from emerging female musicians, Wasner’s monstrous guitar chops and songwriting (co-writing with Stack) more than qualifies Wye Oak’s artful, serious Civilian for inclusion in this list. – Joe Clinkenbeard 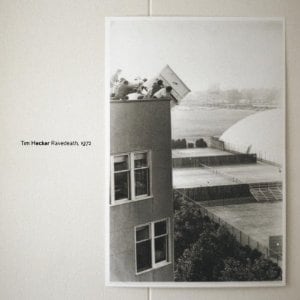 As far as pretentious places for recording albums go, Hecker’s heady mix of drone, ambient and skewed metal meanderings was recorded in a Gothic church in Reykjavik, Iceland. But this production detail is less noticeable than it is felt, than it is a palpable device used to carry out Tim Hecker’s organic versus synthetic opus. Similar is the image of the album’s cover depicting students from MIT dropping a piano off the top of a building in 1972 – which itself is a non-negotiable invitation to consider Ravedeath. The psybient haze of his follow up to Dropped Pianos (also released earlier this year) is communicated primarily with a disembodied pipe organ. Other times it’s literally impossible to theorize where the sounds of this record are coming from like the soaring wind-instrument sample on “Hatred of Music I” run through a chainsaw motor and processed glacially through ice-cold space.

What you need to know about Tim Hecker’s contribution to 2011 though is that Ravedeath could have been made with bugles and dog whistles and still come off strong. It’s Hecker’s sense of composition, his patience and understanding of time that draws your attention in so frighteningly close. While some tracks are white rooms of sound, others roaring oceans of noise; the album reads as Hecker’s hand-drawn blueprint for sorting through its cycling movements. There’s “In the Fog I-III” and “In the Air I-III” and the more oblique “Analog Paralysis, 1978.” Ravedeath, 1972 is overbearing at times, as it complicates the idea of sonic pleasure. The tracks are lusciously overdriven and crushingly beautiful but not exactly pleasant to sit down next to and consume emotionally or physically.

Ravedeath, 1972 is one of the best pieces of musical escapism made this year, if not one the most profound studies done with recorded sound. – Sky Madden 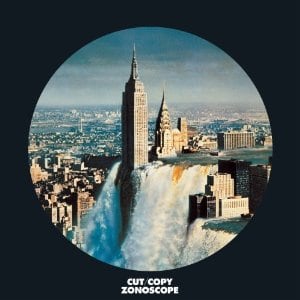 The gaming company Electronic Arts famously burst onto the scene with an ad that asked: “Can a computer make you cry?” A lot has changed in the few decades since that ad ran, including the transformation of EA into a video gaming despot, but the question is as legitimate as ever. Computers are more complex than they’ve ever been, and growing ever more complex as time goes on, but they’re still by nature cold and distant.

That distance is responsible for quite a bit of the appeal of Cut Copy’s Zonoscope, the best album the band has ever recorded and one that finds them contrasting the exciting but ultimately emotionally unfulfilling dance floor sounds of their breakout In Ghost Colours with a sweeping range of digitized emotion. Zonoscope is Cut Copy putting computers to the test, juxtaposing arpeggiating synth bass and twinkling keys with a neon lullaby melody on “Need You Now,” relegating electronics to the corners until the chorus jumps to life on “Hanging Onto Every Heartbeat,” where a flood of shimmery synths fill in what the vocals aren’t explicitly stating.

Zonoscope was by no means the only emotional album from a computer friendly act this year, but few works in any genre were as emotionally resonant or as seamlessly integrated. With Zonoscope, Cut Copy truly delivered on the promise of predecessors like the Human League and OMD, making electronic instruments and elements as fine a tool for exploring the pop spectrum as a guitar, marrying expert songcraft with perfect dance floor instincts. Maybe Zonoscope didn’t make you cry, but I bet it at least made you smile. – Nick Hanover