Five years is an eternity in the life of a record. When coming up with this feature, the question the Spectrum Culture staff pondered was this: “How well do these albums play NOW!” Not five years ago, but how have they aged in our memories. While some acclaimed albums of ’06 remain strong on our list, some critically-lauded ones didn’t have the staying power. This list is designed to give new perspective on things five years old. Thank you so much for reading! 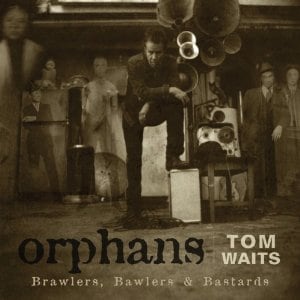 We’ve always known Tom Waits likes to stay busy. In a career made up of 17 studio albums, countless live performance, tours and steady acting gigs, it’s hard to imagine that he’d find time to record even a bathtub warble, let alone a three CD set of rare and unreleased tracks. But that’s just wait Waits did in 2006, following up 2004’s Real Gone with Orphans: Brawlers, Bawlers & Bastards, a 56 track collection of songs that slipped through the cracks during his career. And because it’s Waits, there’s nary a clunker on any of the discs.

And also because it’s Waits, Orphans isn’t your average odds ‘n sods assemblage. These aren’t tracks that were left behind because of quality or woolly ideas; he’s simply so prolific that even legendary status can’t guarantee the inclusion of everything he seems compelled to record. Each of the three CDs is organized around a theme: the Brawlers, the thundering blues and rock songs, Bawlers, the weepy songs of resignation and Bastards, the weirdo experimental tracks. It’s a beautifully mixed bag of the singer’s widely swinging fascinations, from the maudlin to the tragic to the sublimely nostalgic. On the Brawlers disc, he deconstructs the ‘50s standard “Sea of Love,” turning sweet yearnings into creaking, roaring demands and buzzsaws his way through originals like “Rains on Me” and “Road to Peace.” With Bawlers, he takes on the Ramones at their gentlest with “Danny Says” and even goes toe to toe with Jimmy Durante on the classic “Young at Heart.” And with Bastards, he adapts Kerouac, Bukowski, Kurt Weill/Bertolt Brecht and Daniel Johnston.

But Orphans isn’t just a collection of offbeat covers, although it is fascinating to see how Waits adapts, pays homage and smashes to pieces some of the offerings here. Of the 56 tracks on the collection, 40 are attributed to Waits and various collaborators, many of them unheard or buried on forgotten releases. It’s a testament to Waits that for all he’s produced over the years, he’s got so much more to reveal. – Nathan Kamal

It may have seemed like hyperbole five years ago to treat Justin Timberlake’s FutureSex/LoveSounds as pop music’s last great stand, but with the hindsight that comes from living in the future, that view looks a little more reasonable. Released four years after Timberlake’s respectable if not quite great debut Justified, FutureSex/LoveSounds went through an intensely difficult labor. Timberlake spent the bulk of two years in self-imposed exile from the music industry, turning his energy towards acting instead of dwelling on pop star burnout.

What reportedly brought Timberlake’s interest in recording back was his disdain for modern pop radio and a desire to bring something new and different to that realm. Rather than attempt to replicate existing trends and fads, Timberlake and partners Timbaland and Danja started looking towards artists and styles that had fallen out of fashion. Out went the Michael Jackson riffing of Justified, in came Prince, Detroit techno and the similarly chameleonic stylings of David Bowie.

To say the new approach took off would be an understatement. For two years, the album dominated radio, with premier single “SexyBack” being but one of three number one hits the album spawned. And yet five years on, the template of “SexyBack” in particular remains mostly unpillaged– the sexy minimalist chic of the track has been left unused while more and more pop singles pile on more and more ingredients.

“My Love,” the album’s next biggest hit, has found its barest elements picked up by the pop landscape, as its synths have become ubiquitous while the skeletal beat and Timberlake’s falsetto have been lost to the Auto-Tune’d hordes. And many of the album’s most interesting tricks didn’t even chart, like the robofunk of the title track or the orchestral coke pop mash-up “Losing My Way.” FutureSex/LoveSounds has turned into such an impressive pop feat that even its own creator seems scared of replicating it, so what hope is there for the current pretenders to the throne? – Nick Hanover 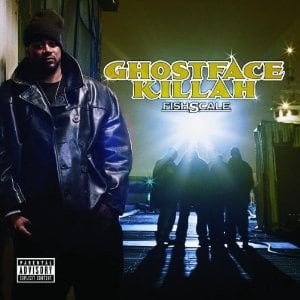 In 2006, at the height of Ghostface hysteria, it seemed the man who had become the Wu-Tang Clan’s most reliable member was going to unleash yet another classic. No stranger to critical acclaim, with his debut Ironman and its follow-up Supreme Clientele considered two of the best albums in the genre, Ghost had split from Epic Records in hopes of landing at a label where promotionally and sample clearing-wise he would get the support that he needed. Fishscale was to be his second album released on Def Jam and first during Jay-Z’s tenure as President.

While this union didn’t result in everything going as smoothly as one would hope (a last minute cover art change and scraping of the MF Doom produced “Charlie Brown”), it was Jigga who introduced Ghostface to the production stylings of MF Doom and the recently-departed Dilla, fusing a union of the year’s hip-hop critical darlings. But this wasn’t just a backpack affair as it became only the second album of the decade to feature appearances from the entire Wu-Tang Clan, as well as production from esteemed legends Pete Rock and Just Blaze.

At the time Fishscale represented a new sound for Ghost and, at a time when every rap listener hung on his every word, he used the attention to weave his hyper detailed storytelling muscles through each track. From the testosterone fueled reclaiming of his throne with “The Champ” to the somber recollections of his mother’s discipline on “Whip You With a Strap” to a night of good-natured anarchy at the club on “Be Easy,” his charisma and writing abilities were integrated on equal footing. Even the skits, such as the hilarious driving directions-turned-anatomy lesson of “Heart Street Directions” serve as a timeless reminder of why 2006 was Ghostface’s year. – Chaz Kangas 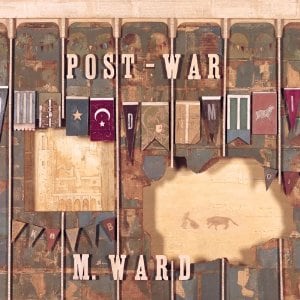 Before he was one half of nostalgic pop duo She & Him, M. Ward was making his name by reveling in an old fashioned, American-folk style of songwriting. Heavy on the acoustic guitar and vinyl hiss, Ward’s brand of Americana was both indulgent of the past but suited for a modern audience – a younger audience becoming more and more invested in the resurgence of folk music. Though Ward received scattered critical acclaim for his earliest releases, it wasn’t until 2006’s Post-War that he truly displayed his worth as a singer-songwriter.

Post-War was the kind of breezy, effortless record that Ward had always hinted at. It remains his most straightforward release; that’s not a criticism, but rather a comment on the ease with which Ward managed to craft an album that feels familiar, as if it’s been part of your consciousness for years. Ward ran the gamut on it, from hushed, melodic ballads to scuzzy garage rockers. On opener “Poison Cup,” Ward quietly sings of love and dedication, vowing to “give you everything” without demanding anything in return. “Chinese Translation” continues the record’s mellowed mood, a shuffling acoustic guitar and brushed snares providing the momentum for Ward’s exploration of the self and its inherent desires.

Post-War isn’t all mournful and meditative though. Ward knows when to turn up the distortion and push out the riffs à la Crazy Horse. This is especially true on album standout “Requiem,” a gritty blues tune complete with a fuzzed out guitar solo and Ward delivering a fine-tuned, gravelly vocal performance. It’s in these moments, these shifting frameworks of fingerpicked-odes to love and heavily-distorted garage jams, that one can still sense the record’s versatility. It’s a work of and about motion: Ward isn’t afraid of shifting gears, pillaging multiple genres at one time while providing his own idiosyncratic deviations. Post-War is Ward’s finest album to date and one of the strongest releases of 2006. – Kyle Fowle 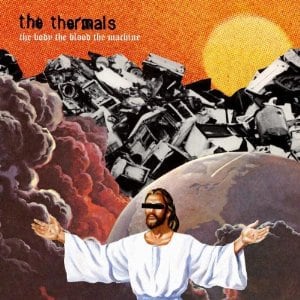 6. The Thermals – The Body, the Blood, the Machine [Sub Pop]

The Body, the Blood, the Machine’s very first lyrics jolt the listener to attention and immediately announce sharp tonality and even sharper social and religious commentary. Backed by a grinding electric guitar, a sneering Hutch Harris sings in the wrathful voice of a destructive God, floods and fire following in his wake, Noah warned via grand understatement that “it’s gonna rain” and Jesus later doomed to die in order to “pay for the sins I create.” What follows are plagues, gas chambers, reassignment camps and the remapped borders and suppressed populations that constant warfare brings: a punk-based soundtrack of a hellish world where those in power claim divine right at gunpoint.

Yet what still gives the album resonance five years later is how the Thermals humanize this drama by repeatedly expressing the desire to simply flee, to somehow try to escape this nightmare. It’s here where the album, beyond all its familiar fascist imagery and religious iconography, strikes an insistent emotional chord. On songs like “An Ear for Baby,” “A Pillar of Salt” and “St. Rosa and the Swallows,” tragedies are individualized: people try to jump fences and break barriers; doomed lovers kiss in the rain; a presumably newborn baby struggles for breath as her protector tries to save her.

In 2006, these songs were routinely viewed as indictments of a Bush administration that fucked a lot of stuff up, particularly in the bellicose moral absolutism that bleeds out of “Power Doesn’t Run On Nothing.” If this was a limiting lens through which to view the album five years ago, it’s even more so now, and nothing about the album sounds like it only applies to a specific political place and time. The literati can have 1984 as their dystopian bible; modern indie has The Body, the Blood, the Machine, and Orwell’s book sure as hell doesn’t howl the way the Thermals’ album does. – Eric Dennis