Five years is an eternity in the life of a film. When coming up with this feature, the question the Spectrum Culture staff pondered was this: “How well do these movies play NOW!” Not five years ago, but how have they aged in our memories. While some acclaimed films of ’06 remain strong on our list, some critically-lauded ones didn’t have the staying power. This list is designed to give new perspective on things five years old. Thank you so much for reading! 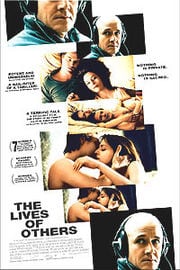 10. The Lives of Others (dir: Florian Henckel von Donnersmarck)

At the time of its original release, there was a lot of discussion of the ways in which writer-director Florian Henckel von Donnersmarck’s The Lives of Others represented a boldly uncommon attempt by a German filmmaker to deal with the still painful recent history of his homeland. The praise heaped on the film was often laced with special commendation for extracting drama from the oppressive operations of the East German government when a wall still stood to parcel the nation into two opposing halves, a topic still considered taboo enough that von Donnersmarck struggled to get financing for the project. A few years later, it’s clear that the film has endured past its political novelty to stand as a towering achievement, regardless of historic significance.

In a performance of amazing subtlety and depth, Ulrich Mühe plays a German Stasi officer dispatched to oversee clandestine monitoring of a famous playwright (Sebastian Koch) whom the government believes is engaging in subversive plotting. Initially a rigid adherent to the tenets of his controlling government, the officer gains an unexpected appreciation for the differing outlook of his subject, a transformation that happens so gradually that it comes on like a shifting mood rather than the typical turning of a fictional narrative. History isn’t made through cataclysmic change, von Donnersmarck seems to argue, as much as it is due to people who come to realize, one at a time, that truth isn’t absolute.

The film also allows for the way that history passes some by and discards others. Doing the right thing is no guarantee of broadly recognized heroism later. When The Lives of Others reaches its perfectly constructed, bittersweet final moments (and marvelous last line), von Donnersmarck has expertly, inventively shown the way that participants in seismic events can be desperately intertwined and yet completely apart. – Dan Seeger 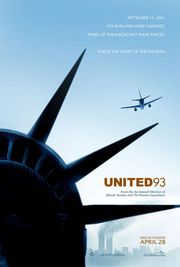 Ten years past the shock of that day, creating art that reflects on the events of September 11th remains a highly fraught process as evidenced by the aghast, venomous reviews that have largely greeted the new film adaptation of Jonathan Safran Foer’s Extremely Loud and Incredibly Close. Now slice half a decade off that elapsed time and recall the worry that greeted the pending release of United 93, writer-director Paul Greengrass’s exploration of the tragically momentous morning largely structured around the one aircraft-turned-missile that didn’t strike its intended target. Best known at the time to American audiences as the director who presided over the first Bourne sequel, there was concern about whether he could walk a fine enough line to prevent the material from becoming too sensational or exploitatively sentimental.

Greengrass solved the dilemma by approaching the story as rigorous procedural, focusing on the moment-by-moment reactions of those who watched the horrible scheme of the terrorists, whether they shared the aircraft with them or watched in mounting agony in air traffic controller stations as certain blips on their screen started to drift troublingly off-course. There may never be another film that derives so much tension from intimate focus on the inner workings of the Federal Aviation Administration. The tone of the film is so relentlessly even that it practically abdicates any sort of manipulation of the audience. This is precisely what happened, Greengrass seems to say, and it has power enough on its own.

As an extension of that approach, Greengrass resists any temptation to fill in the different characters with moving backstories or tinges of added heroism. The passengers on plane who decide to fight back don’t do so because they’re infused with patriotism or nobility. Instead, they come to believe it’s the only real option they have. That plainness of purpose only makes the drama more stirring. These are ordinary people in unthinkable circumstances and by simply refusing be swept along by history, they gave their lives to reduce the carnage that tore an existential wound into an entire population. Greengrass honors them by presenting their story with minimal embellishment, giving the film a bracing honesty that is the greatest tribute any filmmaker could muster. – Dan Seeger 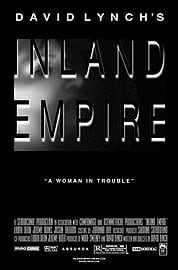 Intricate standouts in an era in which American cinema has seemed increasingly spoon-fed, David Lynch’s films keep getting more complicated, a progression that has earned him far more detractors than new fans. Inland Empire, the director’s first foray into digital video and probably his least accessible film, suffered from this perception upon release, labeled as incomprehensible and masturbatory, the pointless expression of a director increasingly lost in his own headspace. Yet viewed without expectations, Inland Empire is an unquestionable triumph, a swirling stew of classic movie tropes, horror imagery, character fragments and so much more.

What seemed to some a pretentious flight of fancy is an even more frenetic, incisive rendition of the director’s usual themes, funneling his ideas on the duality of human nature through an increasingly divergent structural paradigm. Unlike the borderline baffling Mulholland Drive and Lost Highway, which tipped their hands through relatively simple bipartite structures, Inland Empire moves so fleetly between different worlds and styles that it’s nearly impossible to process. It’s the kind of film that needs to be experienced viscerally, as a kind of bizarre experiment in horror rather than an intellectual exercise.

This doesn’t mean the film is mindless. Another criticism filed against Lynch is that he makes up his movies as he goes along, cobbling together series of pretty images into something that looks great but makes no logical sense. But as much as his strange process may be off the cuff, there’s a unity of ideas and imagery that defines Lynch’s style. Each of his movies is identifiable through its mixing of the eerie and the mundane, and Inland Empire finds him working at the height of this style. The increased focus on actors, hinging on Laura Dern’s characters as she stumbles through a web of clashing identities, signals our capacity to inhabit roles beyond what we would normally identify as ourselves. – Jesse Cataldo 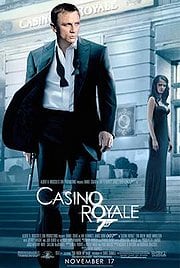 Casino Royale is the best Bond movie in decades, bar none. Pierce Brosnan’s run had its high points (Goldeneye) and its low points (the rest), but who knew it would take an atypical James Bond to kick the franchise out of techno-babble apathy?

When Daniel Craig was announced as the new Bond, the internet took arms, as it’s wont to do when anything is announced ever. Chief among their cries was his hair color – how could a blond man ever be the raven-haired Bond? Perish the thought that acting ability had anything to do with it, really. But unconventional look aside, Craig is absolutely dynamite. He captures the brutish essence of Ian Fleming’s James Bond, not the suave gentleman that the film industry has created. He’s a Bond that’s not afraid to break a face or two (male or female) to get his point across. The film also healthily delves into a coincidentally historical aspect – the opening parkour chase helped popularize the sport worldwide, much as it is rumored that Roger Moore snowboarding in A View to a Kill led to that activity’s rise in popularity.

Director Martin Campbell is perhaps the film’s most successful contributor: his direction is sharp and he has a keen eye for tension that he must have lost when he presided over Green Lantern. While this movie trades in the pivotal baccarat game from the namesake novel for Texas Hold ‘Em, Campbell mitigates this by crafting a sharp and nerve-wracking sequence, one that runs the gamut of action tropes without feeling too patchwork (tough guy bluffs, poisons, a portable EKG – the usual.) Casino Royale crackles with an energy that Bond hadn’t had in ages. This kind of movie never happened to the other guys, that’s for sure. – Rafael Gaitan 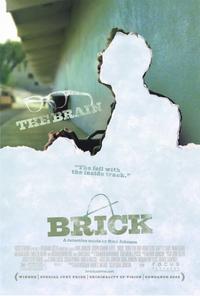 Sometimes innovation in art isn’t about doing something completely new but simply finding a new way of presenting something old. When it comes to film noir, that form of innovation has been an addictive source for innumerable directors, but Rian Johnson’s Brick is unique in that crowded field, marrying the hardboiled world of Dashiell Hammett to the angst and confusion of adolescence.

Sleek, stylish and impossibly cool, Brick looks as vital today as it did upon its release. That’s because, unlike similarly verbally acrobatic works like Juno, Brick is as much about framing and old school construction as it is about the beauty of its own words. In cinematographer Steve Yedlin, Johnson had as perfect a partner as he did with star Joseph Gordon-Levitt, and it’s the combination of these three’s talents that allows Brick to become more than just a gimmicky update of Heathers.

Gordon-Levitt’s performance, in particular, anchors the work, allowing Johnson and Yedlin to focus on flipping the look of noir while he sold the dialogue, turning it into something that became utterly believable by virtue of how much he believed it on-screen. Lesser actors would have oversold the character’s mannerisms and upped the quirk ante, but Levitt keeps things cool, making every word count with a minimal amount of fuss and trusting in Johnson’s vision.

And that vision more than paid off, as the film’s Encyclopedia Brown goes to Chinatown vibe clicked with viewers and helped push Levitt’s rising star even higher. Brick‘s saturated look and street level perspective itself would help inspire similar aesthetics on shows like “Breaking Bad,” for which Johnson himself would direct an episode. Now five later, Brick remains immensely rewatchable and as unique as the day it was released. – Nick Hanover