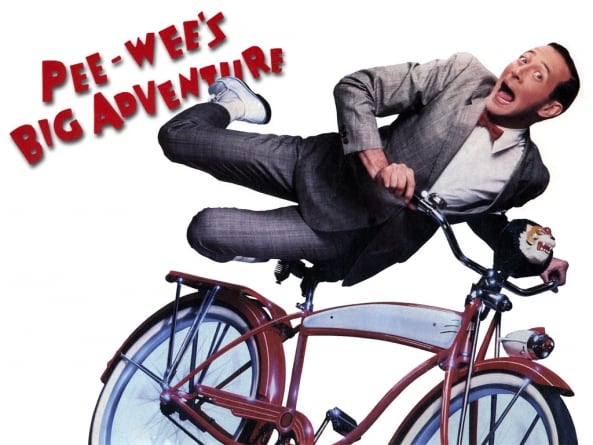 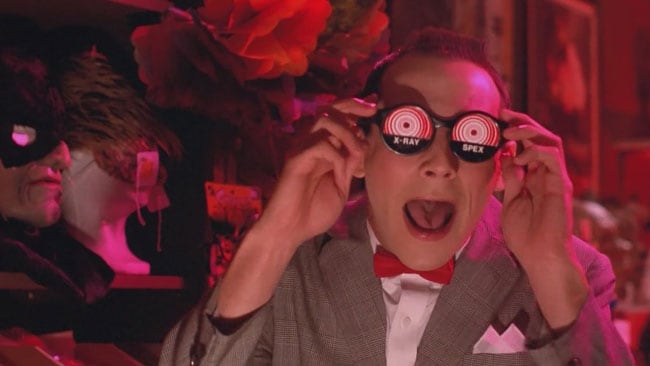 Revisiting a film from one’s childhood inevitably enforces a peculiar rhythm upon the viewer. We settle into a dual experience where half-remembered scenes mingle alongside moments remembered with vivid detail. The experience is somewhat like piecing together a mystery about ourselves, and this experience is a divided one: we may try to assume the position of the naive, first-time viewer, but we are also vigilantly reading our viewing of the film for clues about what it may say about us. You no longer consider yourself the same person that you were as a child, so film triggers the unearthing of memories that seem as if they belong to a stranger or impostor, and so we construct our own narrative about the film’s significance to our history and, through a process of triangulation, attempt to map the precise relationship between our present self, our past self and the film.

Commonly, we attempt to explain our past love for a film we now only begrudgingly accept as part of our personal cultural history by positing our current self as the more mature and sophisticated adult who has grown up and now “knows better,” yet is still able to gaze nostalgically at the whims of our unenlightened youth. This is convenient because it folds whatever flaws we think we had as an innocent consumer of culture into a narrative of progress. It’s an interesting phenomenon to consider in the light of my own revisiting of a childhood classic, Tim Burton and Paul Reubens’ Pee-wee’s Big Adventure (released in 1985, not even a year after I was born), precisely because it so incompatible with my experience of that film. Not only do I feel no shame in holding it up as perhaps the single most treasured film of my childhood, but more than that, every aspect of the film and its eponymous character runs sharply counter to the tyranny of conventional maturity and adulthood.

The significance of Pee-wee’s Big Adventure is inextricably tied up in the figure of Pee-wee himself, played iconically by Reubens. Pee-wee conveys what many children instantly understand, even if Pee-wee’s irregularity, his unwillingness to withstand normalization, is repeatedly covered up. Pee-wee essentially embodies liminality, that state described by anthropologist Victor Turner as representing the “betwixt and between,” caught between two states and outside of any stable position. And childhood is a state of frequent, near-constant liminality, where everything is changing all the time, a state no longer tolerated by adults seeking equilibrium. The genius of Paul Reubens’ invention of Pee-wee is in its simplicity, the way this liminality is indistinguishable from the facts of performance: Reubens plays a character who is an eternal kid, but this kid is forever located in the body of an adult. Because Pee-wee can’t (or won’t) grow up, and because Reubens can’t get any younger, the character forever stands for the always unresolvable aspects of our life, and it is perhaps for this reason that Reubens is still performing as Pee-wee, more than 20 years later.

Collaborating with director Tim Burton (directing his very first feature film), Reubens created in Pee-wee’s Big Adventure the purest, most concise exploration of Pee-wee’s unique cultural meaning. It is characteristic of Pee-wee, unable to present himself as completely child or completely adult, that the film is entirely appropriate for kids and yet at the same time astonishingly subversive of the very process of socialization that children experience, and are tormented by, on a daily basis. In fact, my recent interest in the film was sparked by a series of essays examining gender and sexuality in the figure of Pee-wee, including an essay entitled “Pee Wee Herman: The Homosexual Subtext” by noted queer filmmaker Bruce La Bruce, who describes Pee-wee as “the new underdog whose sexual ambivalence both places him squarely in this positions, and serves as his greatest strength, his secret, naughty world penetrating the unconscious of a rigid and repressed popular audience that doesn’t quite grasp the insurrectionary purposed behind the Pee Wee pose.” Far from outlandish, La Bruce’s assertion is spot-on, and we are fools for not realizing its truth sooner, especially when it’s staring us in the face.

The power of Pee-wee lies precisely in the way this subversion sits comfortably alongside accessible, nonthreatening entertainment. From the very beginning, Pee-wee’s Big Adventure is wildly entertaining, tricking us into accepting its unique vision. The film opens with a series of humorous sequences showing Pee-wee performing his daily morning routine, which seems simultaneously infantile and precociously inventive, and gets underway with the loss of Pee-wee’s treasured bike, his favorite possession. La Bruce describes Pee-wee as “a hero who’s not afraid to cry when his bike gets stolen,” and though this might seem benign, it’s part of Reubens’ peculiar talent that he can smuggle in so many details that run counter to traditional masculinity but that are still accepted as amusingly endearing by young audiences. This goes far beyond merely crying over the disappearance of a cherished possession (or even the fact that this possession is, in fact, a flamboyant, pretty bike) and includes scenes of cross-dressing (where Pee-wee relishes the opportunity to pose in drag) and explicitly gay attraction between him and another man, coupled with the indifference he routinely displays toward women as anything more than platonic companions.

That we don’t even question any of this is part of Pee-wee’s power, a function of his liminality: by being neither child nor adult (or rather, by being both at the same time), he can masquerade as either without blowing his cover. He can act in a way that is blatantly gay yet not attract too much attention to this queer subtext because of his character’s child-like qualities. La Bruce is right to bring up the “homosexual subtext” of Pee-wee–because if any traditional male protagonist acted the way Pee-wee does, this subtext would be unavoidable–but he gets closer to the truth when, discussing a scene from the “Playhouse” where Pee-wee cuts in on a couple dancing only to dance with the man “before laughing it off and setting things straight by turning to the woman,” La Bruce argues that Pee-wee occupies a “self-acknowledged ‘rebel’ position, as the bratty kid who refuses to play by the rules of adult conduct.” By forever postponing normative male adulthood, Pee-wee essentially opts out of the conformity that would be enforced upon him. That children intuitively understand the value of this, a fact that we as adults repeatedly repress, suggests that far from being regressive, the Pee-wee character is an icon of liberated innocence, free from the hang-ups that plague adulthood.

This latter quality is perhaps Pee-wee’s most enduring cultural contribution. Freud defined neuroses in terms of inner conflicts, arising when two distinct parts of our psyche desire conflicting outcomes. In this sense, what Pee-wee offers is a vision of masculinity that is astonishingly free of neurotic qualities. (Despite the unconventional quality of this masculinity, Pee-wee always remains grounded, even when cross-dressing, in his identity as male, though he obviously chooses to define masculinity however he pleases.) Pee-wee successfully straddles the line between a number of opposing identities–always oscillating between gay and straight, child and adult, passive and heroic, “sissy” and more conventionally masculine–and in doing so communicates the need to embrace liminality, a difficult message for some adults to hear but one that children find to be completely in sync with their own experiences.

And perhaps most importantly, Pee-wee makes all of this fun. When threatened by a biker gang after accidentally knocking over their motorcycles, Pee-wee succeeds in winning them over through nothing more mere play, dancing to the song “Tequila” in what is now an iconic sequence. Even when he is slighted at the end of the film, when he has sold his story to a Hollywood studio for them to film and is relegated to a cameo appearance while the more rugged and conventionally heroic James Brolin plays his role, Pee-wee happily accepts his marginalized position. In doing so, he teaches the viewer, especially a viewer who feels similarly marginalized, the important lesson that there is a freedom in life on the margins, away from the center. This is the freedom of liminality, of eternal adaptability of the kind displayed throughout the film whenever Pee-wee finds himself in trouble. Significantly, midway through watching the filmed version of his own adventures – the events of Pee-wee’s Big Adventure regurgitated through Hollywood normalization – Pee-wee elects to get up and leave without finishing it. Not only can life away from the center be liberating, but we can also choose to ignore the hegemonic center instead of always neurotically choosing to fight to occupy the very position we continually criticize, living our own lives as we please in the process.