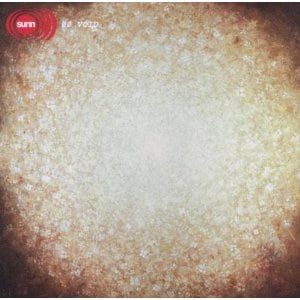 [xrr rating=3.75/5]Like the later paintings of Dutch artist Piet Mondrian, the music on Sunn O)))’s ØØ Void achieves a level of abstraction that some are apt to dismiss as overly, even crudely simplistic, as if something was missing, the work left incomplete but turned over to an audience for unmerited praise. This is the stigma abstraction and its close cousin minimalism have had to deal with for over a century now, inevitably causing skeptics to see the most significant achievements in these areas as manifestations of sheer lack. The common dismissal of a Mondrian painting, for instance, is “I could paint that,” because in our culture, the artist must preferably be someone whose ability elevates him or her above the audience. Despite Sunn O))) members Stephen O’Malley and Greg Anderson being noticeably talented musicians, this same stigma is evident with their work, albeit in a way that differs from the stigma of a Mondrian painting, which deceptively appears lacking in skill. There remains a similar issue: Where, one might ask, are the songs? Where are the melodies, the riffs; where even is any structure to this music?

The mistake made here is to assume that absence in an abstract work is a flaw rather than an achievement in its own right. Abstract art evacuates the detritus left behind by the process of creative expression, leaving behind raw form polished to a reflection that mirrors back the world around it. Far from being shallow or simple, abstract art is notable for its depth, the way it can absorb our attention infinitely and draw us into its cosmic, universal logic. Listen to ØØ Void and you will want to slip between the cracks of its overlapping drones, slide into the crevices formed in the space between layers of feedback. Like Mondrian with his late paintings, Sunn O))) have stripped away the elements of their artistic medium to create something monumentally abstract, always threatening to tip over the edge into nothingness. As Mondrian flirts with the line in its essence and the three primary colors in their pure state, along with white and black, so do Sunn O))) experiment with the most rudimentary components of music, threading their compositions around pure noise and total silence using only the most elemental rhythms. When sound fades into silence at the end of any of the four tracks here, the effect is akin to seeing a comet at the moment of its death, lapsing into oblivion, or the final seconds before a fire’s embers are finally extinguished.

To flip a common phrase, ØØ Void is the sound of “going nowhere slow.” This is simultaneously the album’s most compelling and valuable quality, as well as the one that will most likely cause people to ask, “So what?” There’s no getting around the fact that the music here doesn’t really do anything. It’s not so much a blueprint for their later music as it is the result of an experiment to boil down the group’s approach to its essence. Later albums add new instruments and textures, and they convey a greater sense of direction, with compositions that develop over time. By contrast, ØØ Void affirms the art of standing still as an end in itself, refusing to go much of anywhere, and therein lies its appeal. The album seems to anticipate and work against the listener’s own impatience, scraping away at the vanity implicit in our desire for the album to do the work for us. Unlike ambient music, with which it shares a lot in common, the sound here is immediate and smothering, but the effect is oddly serene and calming, belying the aggressive and malevolent image of heavy metal.

Think about it this way: every day, you are no doubt inundated with sound and noise from all directions, and even if you find a way to minimize this, thoughts and concerns run through your mind, displacing any peace you might hope to attain. In his quest to explore silence, composer John Cage once visited an anechoic chamber at Harvard University, a room designed in such a way that the ceiling, floor, and walls absorbed all sound. Even here in this soundproofed room, Cage heard not silence as we usually understand it, the absence of sound, but a high-pitched sound produced by his nervous system and a low-pitched one resulting from the circulation of his blood. Later creating the composition 4’33”, in which a musician is instructed not to play his or her instrument for the entirety of that duration, Cage realized that silence was not a given, a blank canvas on which to paint. Rather, if it exists at all, silence must be created, in the same way that Kazimir Malevich’s 1918 painting White on White, which features nothing more than a white square painting on white canvas, makes us aware of empty space in a way we wouldn’t be if we just looked at an blank canvas. As abstract artist Robert Rauschenberg has stated, “A canvas is never empty.”

Skeptics see lack, emptiness, as a given – the blank canvas for a painter, silence for a musician – and thus see abstraction on this level as a cop-out, a refusal to put in the necessary work to create effective art, but the truth is that no one really experiences emptiness and abstraction purely, as our minds are constantly preoccupied with mundanities. Sunn O)))’s music on ØØ Void stands alongside the work of these aforementioned abstract artists in purifying the listener of these mundanities, the debris that cakes on one’s mind when confronted with everyday meaninglessness and inanity. Like the later black canvases of Mark Rothko, ØØ Void from far away appears like a dense, completely dark thicket, but the closer you get, the more attention you expend, the more you see intricacies beneath the monolithic exterior. To train the mind to perceive complexity on this order, previously ignored by the distracted mind: this is the singular achievement of abstract art.