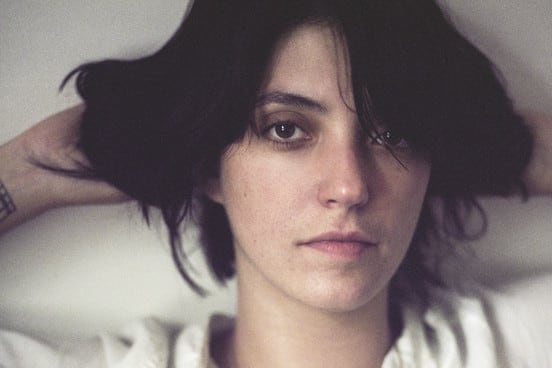 Before having the privilege of hearing Sharon Van Etten perform her new album Tramp front to back at the Mercury Lounge on a frozen Manhattan evening, all I knew was that she’d put out two solid but unspectacular records since 2009, and that she’s been most known by the deep Brooklyn indie-rock posse she runs with since. As I left two hours later, neither of those things mattered.

After a last-minute soundcheck audible to a thirsty crowd behind a curtain, Van Etten and three band members took to the stage. The opening song, “Warsaw,” threw any attendees expecting hushed, Because I Love You-style strumming and crooning for a loop. A quick, forceful waltz that grew steadily as Van Etten’s voice adapted to some shifty speakers, “Warsaw” made for a solid intro, though not one necessarily representative of the night. The follow-up began sparse but had the crowd hushed, and perhaps crushed, from the get-go: “There were your eyes in the dark of the room/ The only ones shining/ The only set I had met in years,” she sang.

While Tramp was produced by The National’s Aaron Dessner and his band’s aura hung over the bulk of the songs here, Dessner remained offstage and behind the scenes, perched in the back of the venue. First single “Serpents” bore his influence the most, and if not for Van Etten’s high, lilting voice could sound like a High Violet outtake.

Van Etten and her band mainly stuck to keyboard, bass, and drums, but managed to pull out the what’s-what of indie-rock playthings, from the microKORG and bowed guitar to the ukulele and Omnichord, which (rather temperamentally) provided the backbone to the Grizzly Bear-esque “Magic Chords.” As you might suspect by now, Van Etten isn’t shy about highlighting her Brooklyn friends’ influence – particularly Beirut, The Walkmen, Wye Oak and The National the members who guest on Tramp. But any homage – subtle or otherwise – remained instrumental and never overbearing.

Van Etten chooses to not reach too far into the lyrical grab-bag on Tramp, opting for simplicity, repetition and rhyme over storytelling, humor and verbal gymnastics. It’s dry, quaint and completely without pretense. Whether fumbling with a capo as she called herself clumsy, making cute “Humpday” jokes or explaining that a sweet, morbid ballad like “Kevin’s” is actually about trying to quit smoking at its conclusion, I’m not sure I’ve ever seen a performer as cool, honest and naked.

The show, like the album, ended in a bit of a hazy whimper, but so goes the “let’s play the whole new album that no one’s heard” routine. Hearing these songs all together in front of a crowd for the first time was a major treat. Tramp is an accomplishment far above her first two releases, and by the time the crowd shuffled out of the tiny Mercury Lounge, many discussing how big 2012 would be for Van Etten, this was lost on no one.