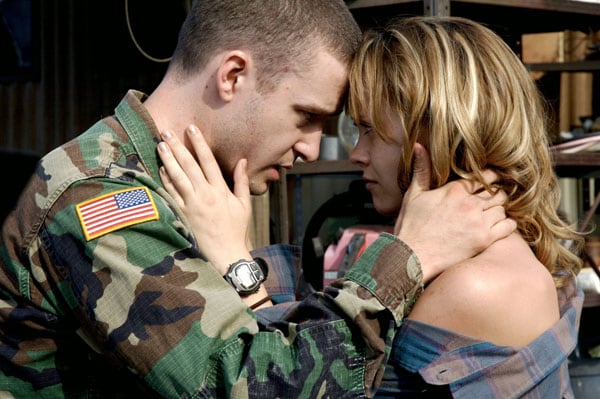 With its opening two scenes, Craig Brewer establishes the sultry, Southern tone that’s to follow in Black Snake Moan. Firstly, we witness Justin Timberlake and Christina Ricci making sweaty love while the Black Keys’ “When The Lights Go Out” hammers in the background. Then we see Samuel L. Jackson, bald, downtrodden and with a graying beard, talking to a preacher, telling him the tale of how his wife has gone off with another man; not to mention the things he would do if he got his hands on the two of them. Filling his lens with bright oranges and the rundown landscapes of the Deep South, Brewer signals the hot, sexy, pulp-ish nature of this wonderfully crude yet surprisingly humane modern update of ‘70s exploitation films. Still, despite its star power and gleeful, headfirst dive into black humor, Black Snake Moan remains an underseen and underrated gem of cinematic homage and appropriation. 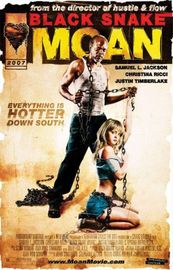 Set in a world of rednecks and PBR, Black Snake Moan takes on the qualities of just about every exploitation film you can imagine. Jackson, as Lazarus, fills the role of both the Bible-thumping Christian and the righteous, wounded bluesman who knows all too well the evils of temptation, be it liquor or women. Ricci plays Rae, the sexually abused nymphomaniac who will do just about anything to numb the pain of a shady childhood. As Ronnie, Timberlake turns in a solid performance as Rae’s boyfriend, a US soldier prone to anxiety attacks which act as the physical manifestation of his own insecurities about himself and his relationship with a battered woman. There’s a lot of gloom to go around in this film, and the dark subject matter may be the initial turn off to a lot of audiences, but Brewer and his cast understand that, despite the exploitation film’s inherent darkness, there’s a certain amount of joy to be found-in the characters, the plot, the slick direction, the soundtrack. You just have to dig a little deeper.

It’s with that sense of hope that Lazarus takes in Rae after finding her beaten and unconscious on the country road outside his home. He chains her to the radiator in his house (a central symbol of his failed marriage and the stability he hopes to find by helping the sex-crazed, drug-addicted woman) and commits to breaking her of her evil ways. The outcome of the set-up has the potential to be ripe with clichés and overacting, but the resulting relationship forged by Lazarus and Rae is a nuanced and touching one, a pseudo-romance in a world where love clearly doesn’t exist. For Lazarus, Rae is his path to redemption, his chance to ease her pain and heal himself in the process. For Rae, Lazarus is the respectful, wise and stable figure she’s always needed in order to transform herself into a strong, independent woman. Brewer allows this relationship to unfold without unnecessary melodrama. There’s something sweet and organic about the on-screen chemistry of Jackson and Ricci, as they lean on each other in order to find their own redemption by the film’s end.

Though it’s certainly a dark film with an exploitative surface, Black Snake Moan is a meditation on hope in the dark corners of genre cinema and an invigorating update of the exploitation film. Brewer and company could have made an all-out sex-and-drug-filled picture and the result would have (arguably) been pretty good. By injecting an infectious and optimistic sense of humanity into the story though, the film is transformed into a gritty, confident and even inspiring piece of pulp fiction.