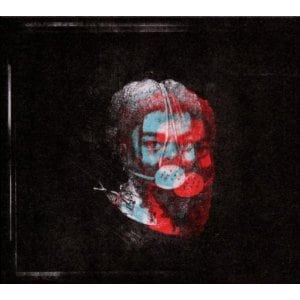 A Sufi and a Killer, the 2010 debut album by Gonjasufi (a.k.a. yoga teacher and overall mystery man Sumach Ecks), let critics loose on an artist and genre-mash-up field day: “It’s TV on the Radio meets Ornette Coleman if Tom Waits and J. Dilla had it as a baby and named Avey Tare and Damon Albarn godparents!” The album was house, blues, freak-folk, hip-hop; black, white, Mexican, Ethiopian; acid, weed, codeine, caffeine – whatever. Regardless of the arbitrary and endless label search, it was an hour of music whose few minutes of fluff still bridged ingenuity, accessibility and straight-out weirdness more than most records since.

MU.ZZ.LE, Gonjasufi’s 25-minute follow-up “mini-album,” is a work that seemingly aims to please no one and further muddles Gonjasufi’s musical identity. While MU.ZZ.LE promises to be a message-based album – “political, social, and spiritual” – Ecks’ voice is even more twisted, distorted, and unintelligible than on Sufi, but the songs are awarded with more simplicity and wholeness than many on that album. When the Sufi highlight “Sheep” eased into its lush, angelic groove, for example, it morphed into an entirely different animal. Here the songs stick to their guns, regardless of how unsettling they may be.

The first two tracks here, each under two minutes and misleadingly titled “White Picket Fence” and “Feedin’ Birds,” bounce grimly back and forth between two chords without resolution. Maybe the one overused comparison that’s apt here is the “David Lynch soundtrack” one – sweeping, slo-mo noises and demonic, dreamlike voices with Blue Velvet-y titles (And hey, Ecks does eerily resemble Mulholland Drive’s monster behind Winkie’s). When the lyrics can be made out, they are usually personal, sewn with simple assertions such as, “I’m not the perfect man/ And I never claimed to be,” in “The Blame.” Any particularly wordy, poetic jibber-jabber just might push this shit too far into the twilight zone.

For better or worse though, MU.ZZ.LE’s early focus is thrown to the dogs when the package of “Venom” and “Timeout” – a nightmarish hodgepodge of stop-start loops – emerges halfway through; “Blaksuit” is the closest thing to hip-hop that Ecks has put to tape under the Gonjasufi moniker; only two songs creep past the three-minute mark. There is no “Holidays” or “She’s Gone” here, just brief shards of psychedelic self-reflection in a pool of deeper, blurrier self-reflection. It’s hard to tell if this is the fractured, self-demonizing direction that Gonjasufi intends to take going forward, or if MU.ZZ.LE is one of those “get it out of my system” EPs. The only thing that’s clear is that Gonjasufi has less interest than ever in dipping his toes into mainstream waters, and that languid listeners may just reach the cusp of insanity trying to explain what’s going on here. So in that regard, well done, Sumach.