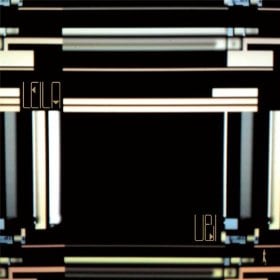 [xrr rating=2.0/5]It’s a rare musician that doesn’t like to be heard. Regardless of the legend of the reclusive rock star, being a musician means that you want people to hear what you have to say. It’s interesting, then, that British artist Leila cedes the most active part of her new album U&I to a collaborator, fellow electronica enthusiast Mt. Sims (also known as Matthew Sims). Though the album is credited with “featuring” Mt. Sims, he contributes vocals on six of 13 tracks, and sometimes comes across more distinctively than the tracks backing his voice.

Leila has had a long career in the music industry, releasing three prior albums on various labels and receiving praise from likeminded musicians like Björk and Aphex Twin, but has not received the kind of visibility that some other producers/DJs/musicians receive. Perhaps it’s her ever-shifting style, seemingly loath to stick to one distinctive sound; perhaps she simply prefers a cult audience. Certainly U&I sounds miles away from 2008’s Blood, Looms, and Blooms, which mixed shiny synths, carnival flourishes, some moments of upbeat pop leanings and even a Lennon/McCartney cover. Four years later, U&I sounds gloomy and covered in hissing fuzz, sometimes even abrasive.

Of course, there’s certainly a niche for downbeat, lo-fi electronic music. With the recent blog-assisted rise of the Weeknd and How to Dress Well, it is more likely than ever that Leila could find an audience. U&I sounds a lot of ways. Dark. Mysterious. Paranoid. But it never sounds focused in the sense that the Weeknd does with its appropriation of R&B rhythms or How to Dress Well does with a sampled hook and isolated breakbeat. “In Consideration” is vague and ominous, with huge, distant synths rising and falling, Mt. Sim’s falsetto hovering in the background, but never comes together as a song. The brief “Interlace” sounds borderline industrial, a harsh, strangled burst of noise that changes its rhythms for a persistent minute and 21 seconds, but similarly never coheres. Of all the tracks, “Boudica” (the longest song at nearly six minutes) is most immediately engaging, a muscular, energetic rhythm overlaid with interlocking programmed synths. It’s catchy and exciting in a way that few of the other songs even approach, while still retaining the edgy, paranoid atmosphere of the album as a whole.

U&I is not a pop album, nor does it seem meant to be one. It might be unfair to criticize an album for not being catchy or listener friendly, but it remains that the music therein still needs to engage. While Leila is a talented musician and hopefully will keep making music for years to come, U&I is simply dull, neither horrible nor fascinating. Like the songs on it, the album simply goes on for a while…and then stops.