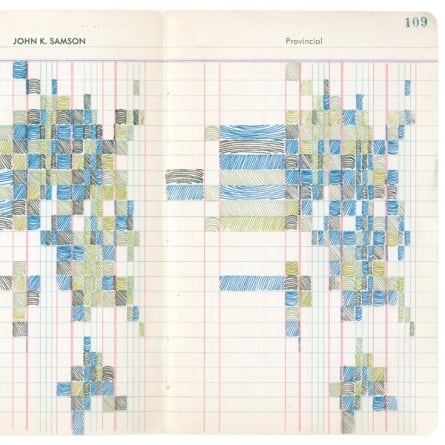 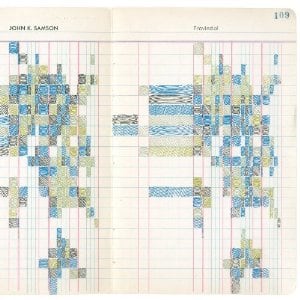 The phrase “folk-punk” isn’t bandied about too regularly, mostly because the Weakerthans have that shit on lock. Since 1997, those plucky Canadians have been singing charming songs about girls and winters with an energy rarely seen in folk/indie music – their songs come alive, they bounce and stride confidently, largely due to the boldness of singer/songwriter John K. Samson. Samson is super Canucky (he loves hockey, which actually contributes to one of the album’s highlights) and has a clear, pronounced way of singing that is oh so welcome as every lyric is delivered clear and understandable. He sounds like a younger, less pissed-off Neil Young and on his proper solo album debut, Provincial, he’s compiled some songs from previous EPs along with new material and created a record with variety, identity and personality.

Samson’s core strength is his wit – he doesn’t write joke songs, but rather he has strong convictions and his view of the world melds keen observation and empathy with wryness. If a small corner smile could make a sound, it’d probably sound like John K. Samson. “When I Write My Master’s Thesis” is a boy-girl ballad – but don’t roll your eyes yet! The anxiety of the narrator about his upcoming paper is paralleled by the strain he is experiencing in his relationship and the little “tests” he keeps failing. The closing line of “Greet me with dinners and balloons and my hard drive smashed to pieces/ Nothing left for me to save when I write my master’s thesis” stings with its twisty metaphor but uncovers a sense of sobering relief conveyed perfectly by Samson’s elastic voice.

Provincial, an expansion on a previous EP, Provincial Road 222 has an underlying theme of travel and its association to memory – song titles like “Longitudinal Centre,” “Cruise Night,” “Highway 1 East” and “Highway 1 West” all reflect on a surface level, but underpin a sense of longing and desire. “Cruise Night” in particular is an ode to youth and automotive rebellion that romanticizes the idea of being a menace to society. This theme of the significance of hazy youthful memories is the most aptly explored on the album’s standout, “www.ipetitions.com/petition/rivertonrifle” (actual title). A holdover from the EP, it’s kind of brilliant in its execution – the title is an active link to an open petition started by Samson himself to induct Reggie “The Riverton Rifle” Leach into the Hockey Hall of Fame. Aside from the hilarious guts it takes to give a song a name no one would ever repeat out loud, it’s a wistful and elegant poem about Samson and his father’s ecstatic bond over Leach’s career, and having the lyrics of the song and the petition be one and the same is simply operating on some higher level of consciousness. Whether it’s a move to at least gain attention from inevitable pirates or just a joke for his own amusement, “www.ipetitions.com/petition/rivertonrifle” is the kind of brave and insightful gamble that pays off in spades, as well as being a tidy little ditty, replete with Samson’s comforting soft-hush timbre.

Solo albums can be a lot of things: a stark differential look at a creator’s side interests (like Thom Yorke’s The Eraser) or a full-fledged embrace of the ideals that made the singer famous (Viva Hate), but at their best they’re showcases of what we grow to like about a style of music, and in Provincial John K. Samson has hit that mark pretty hard. It’s not quite a Weakerthans album and it’s not exactly egotistical material, but rather an informed balance of the twain. While he does in fact flex his Neil Young a bit, Samson’s a more personable kind. Provincial is less a diary and more a collection of stories from a perpetually fulfilling life. Endearing it is, quaint it ain’t.