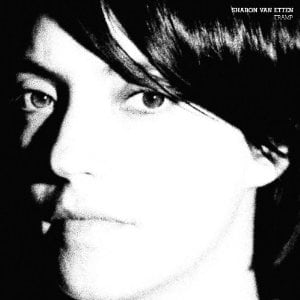 [xrr rating=4.0/5]In a recent interview with WNYC’s John Schaefer, Sharon Van Etten discussed her third LP’s title. The singer-songwriter said she was trying to capture the vagabond spirit of Charlie Chaplin. With her recent relocation to Brooklyn after honing her talents in Tennessee and moving back to her native New Jersey, it’s not surprising that Van Etten would feel a bit like a wanderer. At the same time, I can’t help but think there’s something of the “verb” meaning of the word tramp, “to walk with a firm, heavy, resounding step,” at play on this latest record. After 2009’s raw, demo-like Because I Was In Love and 2010’s brief, ironically titled Epic, Van Etten finally has the chance to prove what she’s capable of given more time and resources. On Tramp, which was produced over several months in the Brooklyn studio of The National’s Aaron Dessner, Van Etten makes confident steps towards becoming a full-fledged indie rock artist, yet never loses the emotional immediacy of her folkier previous efforts.

While the focus of Van Etten’s poetic project is still shining a light on the pains and agonies of despised love, she does so with a newfound self-assured aggressiveness. Lead single “Serpents” is the first legitimate rocker in the singer-songwriter’s catalog. The assertive lyrics about the painful circular logic of a failed relationship (“You enjoy sucking on dreams/ So I will fall asleep with someone other than you/ I had a thought you would take me seriously/ And listen more/ Serpents in my mind/ Trying to forgive your crimes”) meet their match musically with a kick drum pounding four to the floor and electric guitars relentlessly hammering out power chords. Clocking in at just about three minutes, it’s one of the year’s most powerful pop-rock songs thus far. “Serpents” is quite a leap for the woman who only three years ago made the meek acoustic number “Consolation Prize.”

It goes without saying that the change was inspired in part by Van Etten’s Brooklyn move. The crackling drums and straight eighth-note grooves, probably a result of Dessner’s role as producer, place some of the songs in the same sonic ballpark as The National’s High Violet. The guest appearances by Julianna Barwick, as well as members of Wye Oak, The Walkmen, The National and Beirut, contribute to the feeling that Van Etten has transcended her folky background and made a “band” record, one in which the layers of sound are essential elements, not just ornamentation on top of her vocal-acoustic guitar base.

“Serpents” might most accurately represent Van Etten’s growth as an artist, but “Give Out” is the record’s greatest emotional success, a warmly transparent tune about the uncertainties that come with a new relationship. The speaker expresses simultaneous feelings of excitement and vulnerability (“I am biting my lip/ As confidence is speaking to me/ I loosen my grip from my palm/ Put it on your knee/ In my way, I say/ You’re the reason why I’ll move to the city/ Or why I’ll need to leave”). While the track is not as musically forward-looking as some, its themes of leaving the past behind and starting anew aptly reflect the emotions Van Etten so deftly channels at this stage in her career.

While it’s refreshing to see Van Etten make a full-blown studio album of “normal” length, there may be something to the more modest approach she took on 2010’s Epic – in other words, Tramp could have been cut down by at least two songs. The snail-paced “In Line” slows down the album’s forward motion. The amorphous “Joke or a Lie” is unnecessary, given that “I’m Wrong” would have made an ideal ending to the record. Despite its minor imperfections of pacing, Tramp remains the apotheosis of Van Etten’s short career. From the tentative melodicism of “Warsaw,” to the haunting waltz “Kevin’s,” to the mandolin and accordion-driven “Leonard,” this journey through the workings of the human heart is rarely dull or predictable. The quirky march-like groove of “Magic Chords” evokes the sounds of Van Etten symbolically forging ahead into the future. Wherever her steps may take her, she’s moving with a resounding, self-confident gait.