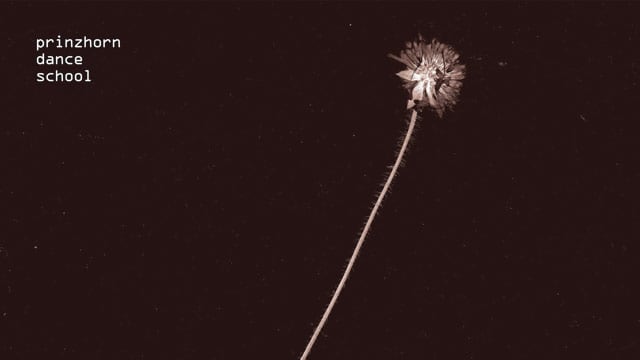 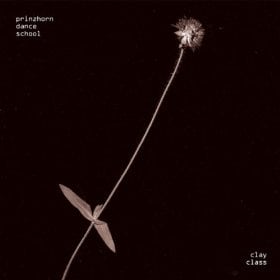 “I’m glad you’re here/ Building on sand/ So glad you came/ Drawing in wax.” So go the opening lines of Prinzhorn Dance School’s Clay Class, suggesting to listeners art on the brink of irrelevance, high ideas hanging off a precipice. But it also implies a work in progress, a mostly unblemished idea not limited to strict form and an invitation to help shape it. Prinzhorn Dance School is the part-time collaboration between Tobin Prinz and Suzi Horn, two British artists named after a German psychiatrist known for exploring the boundaries between art and mental illness. And yes, those boundaries are clearly teased and exposed throughout Clay Class.

The duo (disciples of James Murphy on his DFA Records) have only their 2007 self-titled debut in its back catalog and after five years it’s clear the band hasn’t veered off course, or changed much at all. It is still all guitars, bass, drums, and two snarky sets of liquor-pipes. Some moments strike as sharp-jolt, ten-second revelations: the melodic interplay between bass and guitar in “Crisis Team” coupled with “I need a crisis in my life/ Can’t breathe with no accident,” similarly simple harmonic escapades in “I Want You,” and the Murphy-esque nonsensical chit-chat lurking underneath the frenetic titular shouting in “Your Fire Has Gone Out.”

The cleverly off-beat drumming halfway through “The Flora and The Fauna of Britain In Bloom” saves the otherwise half-asleep tune, a bass and vocals minor-key dirge injected with a jealous guitar line. It’s at this point in the record, seven songs in, when the shtick seems to wear itself thin. An “I Want You,” or something more fleshed-out by Prinzhorn standards, here would’ve stopped Clay Class from sinking into often restrained monotony. Instead, more of the same sludges beneath lyrics like “There is no rest, no sleep.” When guitars show sign of life, they are muzzled. When melodies hint at a cohesive and melodic narrative, they disappear into percussive murk.

But from the band’s incredible discipline, nearly unrivaled by anyone else who’s dipped into this genre, emerges an oddly titillating point of musical philosophy. There are dozens of opportunities for Prinz and Horn to incorporate fuzzy guitars and overwhelming synths, or maybe some cutesy piano lines and a few extra studio shouters a la their mentors LCD. But they don’t. If they were to fluff it up beyond the basics, would their sound be akin to the Gang of Four records they so clearly hold dear, or more like some late-Aughts Franz Ferdinand B-sides?

Mentally filling in the blanks upon subsequent listens provides a more rewarding experience – but then how much of this is art and how much is musical mental illness? The impression left at the end of Clay Class depends largely and bizarrely on ones musical imagination. It is unsculpted sand, fresh wax with the opportunity to turn into something worthwhile, but because of its holes, forgettable.