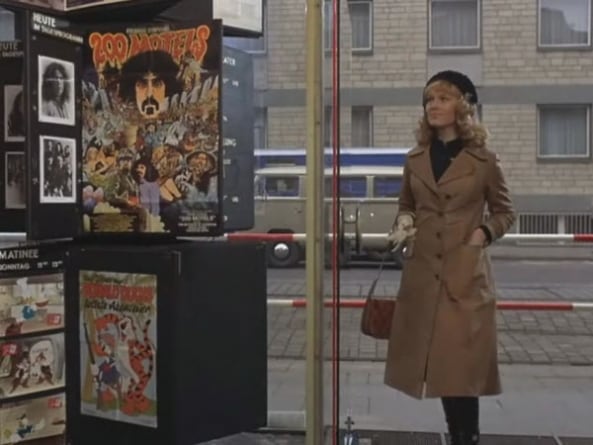 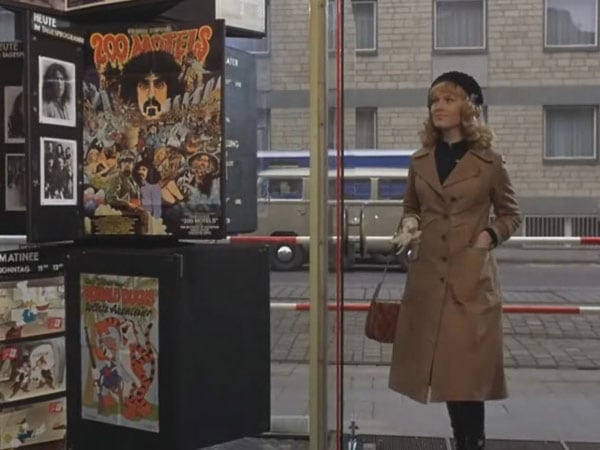 In March, 1945, Samuel Fuller was fighting with the 16th Infantry Regiment when the United States Army captured the city of Bonn, Germany. After the first day’s battle, soldiers were told to find somewhere safe to stay and wait for morning. Fuller and a fellow soldier forced their way into a building and slept under a large piece of furniture. When dawn arrived, they discovered they were in the childhood home of Ludwig van Beethoven and had spent the night beneath Beethoven’s own piano.

Nearly three decades later, a chance interview with a critic led Fuller to write and direct an episode of the German television show “Tatort.” This was during Fuller’s fallow period of a little more than a decade when he would direct only this episode of “Tatort” and some footage that eventually found its way into the film The Deadly Trackers. He had not stopped writing during this time; in the late 1960s, he wrote a Civil War farce titled The Lusty Days, a comedy that was optioned by producer Martin Poll but, like most of Fuller’s scripts during this time, no studio showed interest. In 1973 when writing the episode of “Tatort,” Fuller stuck with the idea of a comedy, penning what he called a “cartoon caper” entitled Dead Pigeon on Beethoven Street. It was broadcast on German television and released theatrically in Europe to mostly positive reviews, but received only a brief release at drive-ins in the U.S.

Fuller may have longed to create a comedy with “high jinks and hilarity,” yet there is very little of either in Dead Pigeon on Beethoven Street. For the shoot, he had returned to Bonn to film the titular “pigeon” on Beethovenstrasse and, later in the film, a pivotal scene around the same piano he had once sought shelter under. By his own admission, he was constantly reminded of his wartime experiences while filming, and this clearly influenced the overall aesthetic of his satirical neo noir.

The film opens to a man shot dead under that Beethovenstrasse sign. The victim was an American private investigator who, with his partner Sandy, was looking for scandalous negatives of a U.S. senator who had been drugged and posed with a beautiful blonde. Sandy is a big dumb American ox, far too dull to be as humorous as intended. He’s the kind of guy who laughs when he sees an American film dubbed into German for German-speaking audiences. Alternating between stubborn geniality and frustrating blandness, Sandy (Glenn Corbett) is a blank canvas, not so much emotionless as simply unable to convey emotion at all. It’s equivocal whether it’s the character who is bland or the actor; the laughter at a John Wayne movie dubbed into German was a genuine reaction on actor Corbett’s part, left in the film by Fuller. 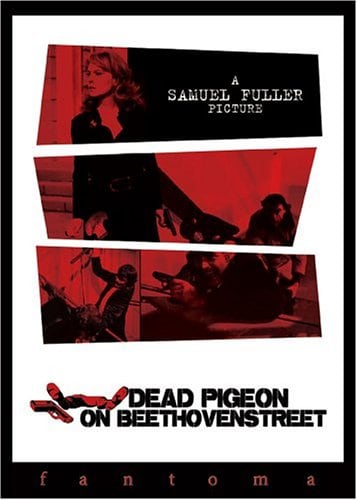 Sandy is determined to find out how his partner became a dead pigeon, and he focuses on finding and infiltrating the criminal syndicate responsible. When he locates the woman in the photos, he immediately drugs and poses her for photos himself, cheerfully oblivious to the hypocrisy. The beautiful Christa (Christa Lang) believes Sandy to be a fellow con artist, and they team up to extort a series of international statesmen assigned to her by the syndicate. As the stakes get higher the scene gets seedier, their work no longer leading them to movie theaters and flower shops but porn houses and strip joints. Sandy seems only dimly aware that he has moral choices to make, instead repeatedly pleading helplessness. It’s a variation on the typical noir detective theme, of course, yet Sandy is less Sam Spade living in a chaotic world than clueless Miles Archer, victim of his own bad decisions.

And like classic hardboiled detectives before him, Sandy is unafraid to use violence. Much of the violence in Dead Pigeon on Beethoven Street is obviously meant to be lighthearted. When the killer escapes early in the film, he shoots his way out of the hospital while hiding behind adorable newborns in the maternity ward. Later, a final showdown almost literally skewers the typical overkill of American and Fullerian cinema, as Sandy tosses dozens of weapons toward a target just out of frame, the intended recipient almost forgotten in the cacophony of sharp flying points.

The problem, unfortunately, is when Sandy’s brutishness is not necessary. The humor of other violent scenes is absent from Sandy’s moments of unhinged brutality, moments which are painfully specific yet unconnected to the rest of the plot. A series of racist epithets and beatings unleashed on a half-conscious politician, for instance, is played straight. Without any context for Sandy’s actions or true examination of his motivations, it’s impossible to know what, if anything, is being satirized. These scenes play as though they were meant merely to amuse an audience expecting the outsized aggression of a Fullerian anti-hero. Or perhaps Fuller, reminded too much of his experiences during WWII, simply could not find the black humor in random brutality.

It is because of this unevenness that Dead Pigeon on Beethoven Street is more cynical than comedic, but there are still glimpses of overt humor. The film has more clowns per capita than one would expect in a neo noir. We hear a snippet of cocktail conversation where Christa randomly declares that ping-pong is not a real sport. And in a moment of laughably flat dialogue, Sandy and Christa confess their love for each other and pledge to help each other out of their respective predicaments.

That things do not go well upon their declarations of love is no surprise; this is noir, after all. Fuller throughout the film is playing with an audience that knows exactly what’s coming, and he wants to turn the expected into the unexpected. He succeeds at times, yet often, when he was unable to completely shake the conventions of film noir or find the absurdity within the situation, Fuller retreated to cliché. This ultimately leads the film to a clumsy, uninspired finish. Dead Pigeon on Beethoven Street is a self-conscious film that does not fully embrace its intended satire, but it’s still a hell of a ride.